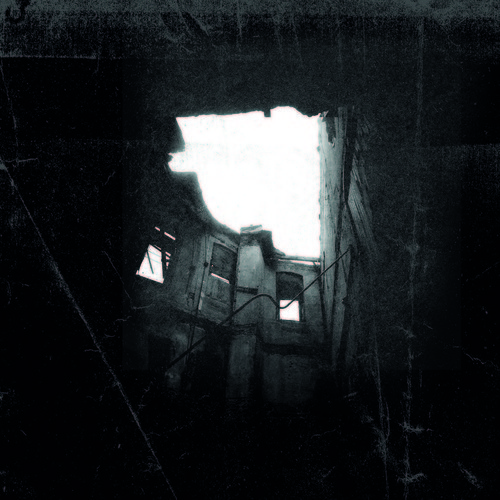 There’s a song premiere at the end of this post. It’s a really good song. Those of you who are squeezed for time or afflicted with attention deficit disorder, I won’t blame you if you jump to the bottom and press Play. But I’m going to have my say about the whole album, because Transient is one of the most interesting I’ve heard in 2014. It might even be the best album Krieg has yet produced in a career that’s coming up on two decades. And if you think that any one song on this album will faithfully represent all the rest, even the one we’re premiering, you might want to read on.

Increasing age is a double-edged sword for all of us, and it’s a particularly unpredictable blade for musicians, one that’s just as liable to cause self-inflicted wounds as to carve new trails through the underbrush. On the one hand, skills can improve and the accumulation of life experiences can add maturity and new depth to an artist’s creativity. But goddamn, it can also make you boring, or lazy, or both. Some bands are content to tread water, some of them try to force-feed a fire that died out long ago, and the sparks sputter instead of blaze. Transient is about the furthest thing you could imagine from that.

Neill Jameson (aka Imperial), the man behind Krieg, cemented his place in the black metal underground a long time ago. He’s older now. By the sounds of Transient, he might not be any happier, but he sure as hell isn’t treading water. What he’s done instead is to feed the smoldering fires of the black metal vehemence he has tended so well with an array of new and different fuels, producing flames of different colors, though the overarching emotional hue of the album as a whole is still mostly bleak, blasted, and broken. 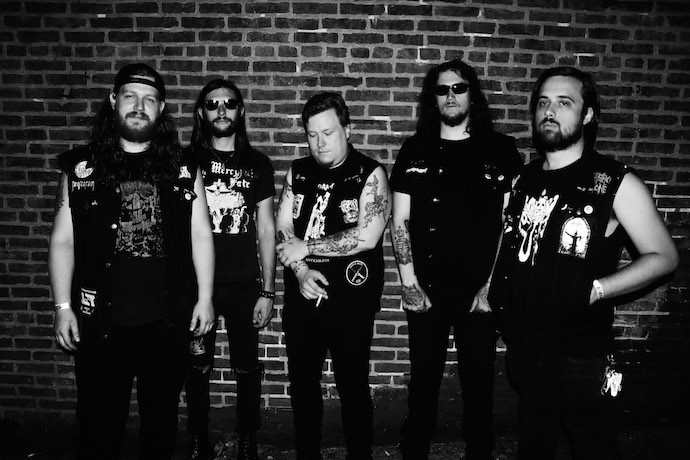 For those who wonder, based on my introduction, whether Krieg has jumped the shark, fear not. There are still black metal blitzkriegs on this album — storming torrents of pure-bred rage that push hard and fast and flash with heat lightning. The two best examples of that — “Atlas With A Broken Arm” and “Time” — are sandwiched right in the middle of the album’s 11 tracks. But even those songs throw a few subtle curves, with the former segueing into a hard-rocking rhythm without ever taking its foot off the gas and the latter managing some interesting twists and turns in the riffing and percussion even at the height of its near-psychotic fury.

On the other hand, Jameson and the talented group of session musicians who worked with him have indulged other musical interests as well, pushing well beyond Krieg’s comfort zone (though the sound throughout is huge, heavy, and corrosive). Many of the songs integrate the rhythms and riffs of crust and punk to a significant degree (the back-to-back pairing of “Circling the Drain” and “Return Fire” are good examples), while still thundering with blast beats and ripping hell with scything tremolo assaults. But those aren’t the only genre styles that have worked their way into Transient.

“Order of the Solitary Road” has the feel of industrial metal at times; there’s another pairing of back-to-back songs (“Walk With Them Unnoticed” and “Ruin Our Lives”) that have a strong post-punk flavor, with gripping melodies and rocking beats (though they’re still dark as storm clouds); and “To Speak With Ghosts” grinds into a slow doom dirge before it ends. But no song on this album is easy to pin down, and several go far out into avant-garde territory.

When “Ruin Our Lives” reaches its mid-section, for example, the powerful soul-piercing melody (which wears its broken heart on its sleeve) is replaced with a kind of techno beat, droning bass tones, and a scattering of freakish electronic noises. “Home”, which follows it (and is the album’s longest song), consists of two passages of spoken-word vocals over an array of dark ambient noise — sounds that are disorienting, skittering, droning, and sometimes carnivorous. The first passage is voiced by Integrity’s Dwid Hellion, the second by Thurston Moore (Sonic Youth, Twilight). It’s a very personal meditation, maybe a reflection of Jameson’s outlook toward humanity at the moment, maybe a sketch of where he’s come from, maybe both.  By turns angry and paranoid, it bespeaks a world view in which thriving isn’t any sort of option, in which the sense of wonder has gone missing.

I sometimes think that the adrenaline-fueled pulse of creative energy that led to Transient is best captured by the song called “Winter”, a cover of an Amebix single from 1983. The title seems misleading — this isn’t a blast of Nordic cold. Instead, it’s a rumbling, tumbling, percussion-driven, roller-coaster ride that might be the album’s most infectious song, but it also pulls no punches. You still feel like you’re being assaulted, even as you marvel at the drum acrobatics.

I’m still not sure I can pick out one song as the album’s best, because they’re all so different, and so good in different ways. But the album’s closer, “Gospel Hand”, is certainly on the short list if I were forced to choose. It rages and ravages, and then it backs down into a kind of hopeless processional with a bereft melody before building again in intensity. With tinges of the psychedelic, it could be taken as the devolution of a mind into a wasteland.

And that brings us to another favorite, the song we’re premiering today. Jameson has said of “Return Fire”: “This song bears the signature of every member of Krieg as it was written as a whole during rehearsals instead of coming into a session with ideas. It encompasses all of the moods of Transient into one short burst, reflecting its title.”

That sense of transience may prove true of the album as a whole — it’s a snapshot in time, a representation of musical ideas and emotional states as they existed when the album was written and recorded. Time will continue passing; there’s no good reason to think the next Krieg album will sound like this one. But this one — this one is something special, a multifaceted gem that’s well worth experiencing from beginning to end.

Transient will be released by Candlelight Records on September 2 and it can be pre-ordered at the Bandcamp page linked below, where you can also hear “Order of the Solitary Road”. On this album, Krieg is: Neill Jameson (vocals), Alex Poole (guitar); Dylan Zdanavage (guitar); Dean Sykes (bass); and Jason Dost (drums).

“Return Fire” is next…

5 Responses to “AN NCS PREMIERE: KRIEG — “RETURN FIRE” (AND A REVIEW OF “TRANSIENT”)”