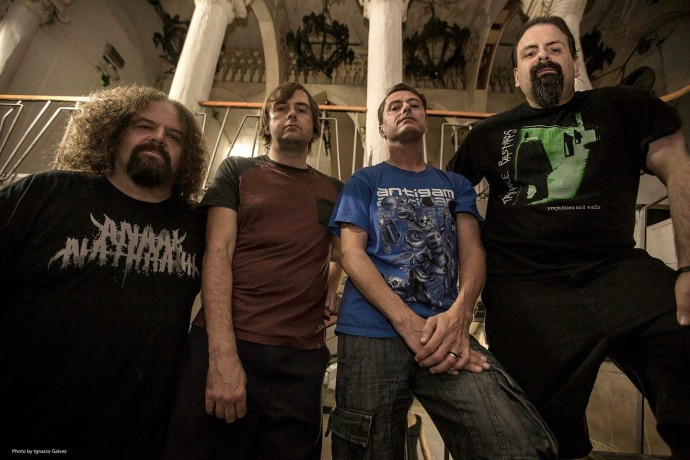 “Sometimes you have to ponder long and hard for an album title, but following the Rana Plaza disaster of last year (collapse of a textile sweatshop building in Bangladesh), it spurred me on to try and craft an expose slave labour in the modern world (and the surrounding conditions propping it up).

“Some in power like to declare that slavery is consigned to the history books. But if you look beneath the surface it is alive and well in many different forms – it just has a different face now, and exists in ways that may seem ethically ambiguous. Using the terminology of evolution particularly interests us, so in this case the ‘Apex Predator’ represents those who bring the slavery to bear (and capitalise from it), and the ‘Easy Meat’ is of therefore those who feel they have no option but to comply.

“Fittingly, the music on Apex Predator – Easy Meat is punishing. We feel it’s more ambient, more expansive, more unsettlingly discordant than ever, and importantly, still extremely rampant at excessive speed. We hope in every respect – both musically and lyrically – this album will make your eyes burn with the harsh sonics and harsh visions of the dumping ground of globalisation.”

I’m really looking forward to this. 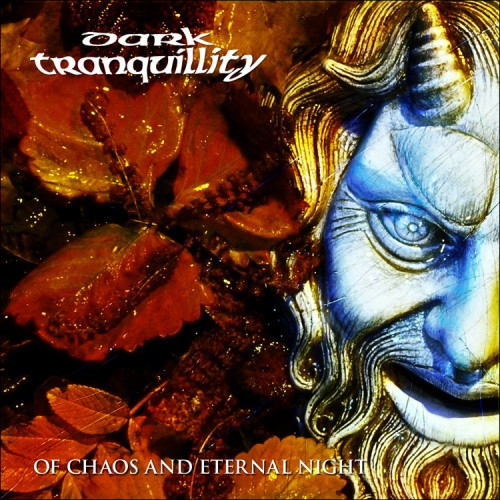 A few days ago Century Media reissued two early releases by Dark Tranquillity in remastered form on a single CD: the band’s 1993 debut album Skydancer and a 1995 EP entitled Of Chaos and Eternal Night.

The EP is especially noteworthy because it marked Mikael Stanne’s debut as the band’s vocalist after original vocalist Anders Friden had left the band to become the frontman for In Flames. And with guitarist Fredrik Johansson having also joined the band by this point, the EP featured the line-up for Dark Tranquillity that has persisted to the present day.

Now, both Of Chaos and Eternal Night and Skydancer are available for streaming and download on Bandcamp. I’ve only listened to the EP so far and found it very interesting, with an almost classical, baroque character to much of the music, and of course it’s fun to hear Stanne’s first outpouring of vocal bile for DT.

I’ve embedded both recordings below, along with the Bandcamp link. 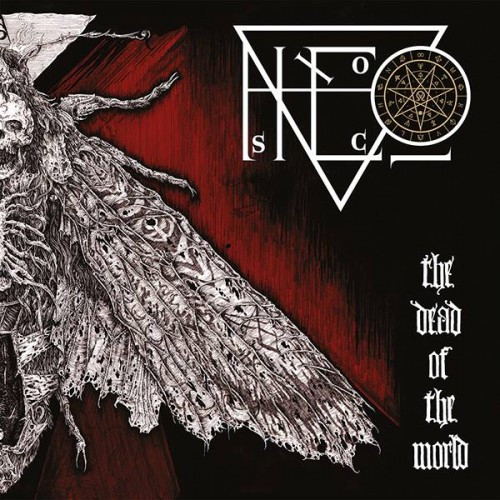 Two weeks ago I reviewed a striking two-song EP by Germany’s Ascension entitled Deathless Light, which marked the band’s first release since their debut album Consolamentum four years ago. Of the two songs on this release, both of which are long, the title track will appear on a forthcoming full-length album, while the second — “Garden of Stone” — was recorded exclusively for this EP. Deathless Light is being released today by the World Terror Committee.

At the time of the review, neither song was available for streaming, but since today is release day, I’m expecting the songs will become available for listening shortly, and I’ll add them below when that happens.

And in other news, yesterday the band announced further information about that forthcoming album: Its name is The Dead of the World, it will consist of seven tracks, it will be released on December 24 by W.T.C. in Europe and by Season of Mist in North America, and it features the very cool cover art you see above. The album also includes guest vocal appearances by The Magus (Necromantia, Thou Art Lord, Principality of Hell) and Mors Dalos Ra (Necros Christos). I think the proper words for this are “Highly anticipated”. 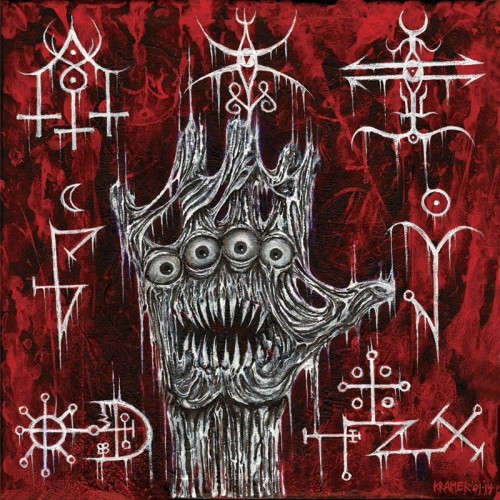 In mid-August I wrote about a 7″ EP entitled The Pharynxes Of Hell that Russia’s Pseudogod planned to release later this year, consisting of two older tracks previously released on the Four Wings Of Blasphemy And Abomination split CD from 2010, plus a cover of “Blood War III” by Antaeus. The 7″ features lovely cover art by Antichrist Kramer.

When I wrote that earlier article, Pseudogod had started streaming the two older songs on Bandcamp, but the Antaeus cover wasn’t available for streaming or download. Now, all three songs can be heard and acquired. I’ve included the stream below. It’s obliterating.