The song is more than 17 minutes long. Almost all of it is a flame-throwing mindfuck — a berserker blastwave of boiling-in-oil vocals, maniacal drumming, shrieking guitar dissonance, and frenzied bass lines. Except for an unexpected acoustic breather, it’s always just a hair’s breadth away from coming apart at the seams, but I found myself in its grip. Maybe I was just waiting to see if it could succeed in melting down my headphones into a pile of slag.

But I think what really kept me rooted in place was an appreciation for the deranged complexity underlying the hurricane of sound, and here and there Mastery does hit some deep, thrumming or rumbling grooves that provide reassuring tethers to solid earth — before the song goes batshit again. Fascinating. 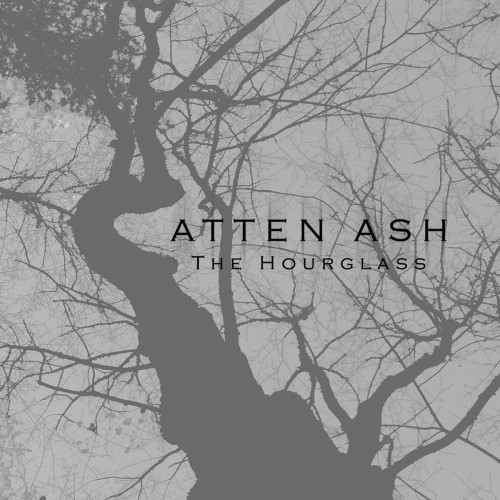 Atten Ash are a North Carolina trio consisting of founder James Greene, Barre Gambling (founding guitarist of Daylight Dies), and Archie Hunt (vocalist/guitarist of Legion of the Fallen). Their debut album The Hourglass was originally self-released on a limited basis in 2012 but is now getting a label push via Hypnotic Dirge Records, who will deliver it to the masses in February. A couple of days ago the first advance track from the album became available for listening.

The song’s name is “Born”, and I’ve fallen hard for it, or rather it has fallen hard on me. It’s a captivating offering of melodic death/doom, mixing gravelly riffs and cavernous growls with shimmering guitar melody and arcing clean vocals. The music both lumbers like a dirge and charges on the back of jagged chords and rumbling drums. It’s a fitting song for the grey chill of winter, but I have a feeling it will sound just as sweet in springtime.

The Hourglass will be released on February 19, 2015, by Canada’s Hypnotic Dirge Records in a four-panel digipack with a 12-page booklet. The album can be pre-ordered now on Bandcamp:

We are blessed with a lot of steady supporters at this site, but Derek Neibarger from Lawrence, Kansas, is one of the strongest and most steadfast. In addition to being the inventor of the Cat Hand Rest© for laptops… 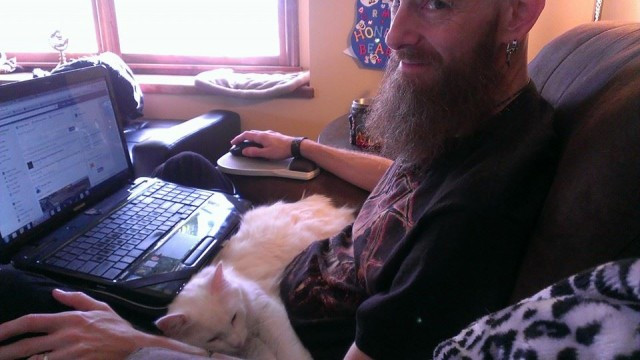 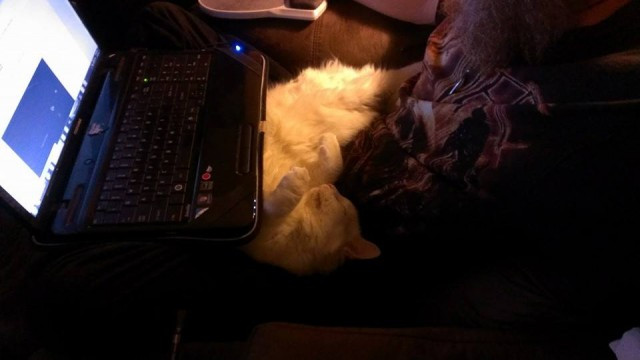 … Derek is also the inventor of Godless Angel, a one-man death/thrash project whose recordings we’ve featured here before.

In addition to previous shorter releases available on Bandcamp, Godless Angel is finishing work on a debut full-length that will be released later this year. Derek has put up two teasers on YouTube that are sounding mighty good — excerpts from “Containment Breach In Sector 6” (track #2) and “Beneath the Skin” (track #7).

Even in excerpted form, the songs feature a savage dose of razor-edged riffs, incinerating solos, and convulsive grooves, and the vomit-spewing vocals are downright filthy. Looking forward to hearing both songs in their entirety, along with the rest of the album.