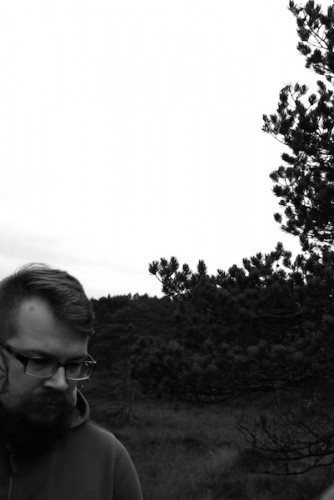 Odota is a new experimental black metal project of Jarmo Nuutre, who took part in the massive Estonian duet Talbot till 2013. Jarmo has decided to concentrate on his solo career, so he plays all instruments on Odota’s first release Fever Marshal. Subjectively, as a person who is not the biggest fan of black art, I got this stuff, and if you need a reason to pay attention to this record, then here’s an interview with Jarmo.

Hail Jarmo! I’m glad that we have a chance to talk, but let me start our interview with the predictable question about leaving Talbot. Let us clarify it at once – is it time to speak about the reasons and is there any chance that you will return?

Well, the main reason for leaving Talbot was that I wanted to focus on my solo stuff once again. Odota, Blood Pavilion, Skull Trading, etc., Hjem too, although I’m not alone there — there’s a singer as well.

Over the years I’ve actually left different bands for the sake of my own projects, so I guess I’m not really good “band-material”. 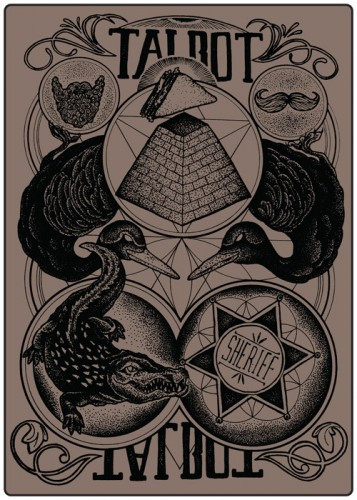 You’re also a tattoo-master and an artist, at least you did the decoration for Talbot’s albums. Do you work with other bands and will you do art-work for the next record of Magnus? Indeed, I would like to renew a Talbot t-shirt with stork and catfish — mine is a bit ragged now : )

Yep, I have designed all the previous Talbot releases, but their future ideas are not up to me. If they would like me to, then sure, why not.

Haven’t yet worked with other bands with their cover art, someday maybe.

About the Talbot shirts – I think they did some more with this design, so you probably have the chance for a new shirt.

I remember that you had an electronic project, Blood Pavilion, but news about your blackish band Odota is a surprise for me… and not only for me I bet! How long did you bear the idea of starting Odota?

Been thinking about it for a long time. Had the need to make black/blackish metal for at least about ten years now, but the idea really started itching a few years ago. Since one of the tracks from Fever Marshal was actually written in 2011, then I reckon it’s fair to say it’s the year when the project physically started. Although, all the other material was written in 2013-2014.

Odota isn’t pure black metal stuff, so the question about your influences is reasonable, don’t you think so? What are the main thought-forms behind Odota?

Yeah, it’s definitely not a pure black metal. Probably it’s the overall mood of Odota that makes it “black metal” for me. 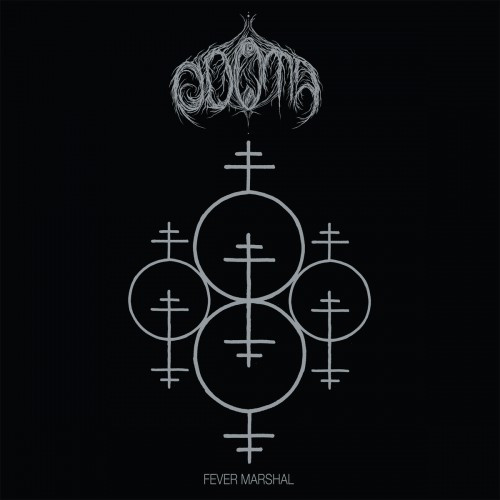 Do you remember your first meeting with black and doom metal? What touched you the most in these genres?

The first thing I remember about black metal is listening to Burzum’s Hvis Lyset Tar Oss from a cassette at one party back in 1997. I was a 14-year-old teenager then and it kinda got to me, so the next day I borrowed this cassette from a friend and probably made a copy of it. Actually, the Hvis lyset… is still my favourite release from Burzum, it has just the needed amount of psychedelia in it, and the beat and sound are just right. And by the “right sound” I don’t mean the undergroundish-crappy sound (like a lot of bands are after these days, I reckon), but just the feel of it.

From the doom side, the first hard-hitting band for me was Winter. Can’t get over their album Into Darkness. Still one of the best in the genre, in my opinion.

What about the main features of black and doom? You know – dark’n’evil vs. gloom’n’depressed… How do you get the emotional side of these genres? Does it somehow reflect in Odota?

Naah, I don’t really care about being evil or depressed or anything like this. The “key” elements – aggressive beats, growling and screaming, etc –  will probably make it sound like this, but I’m not really writing music in the old castle and  surrounded by corpses. Maybe some people need this kind of magic and dramatic story behind it all, but I’m good without it.

Jarmo, you know – I’m not a pro in the black metal scene, so let me ask you what kind of bands Odota may remind listeners of?

Well, haha, of course I would like to think that it doesn’t remind them of anything and that it would be the most original stuff of all times…

I don’t really know what it would remind to someone else, but when writing the music I was probably influenced the most by Old Man Gloom, The Puritan, Opium Warlords, Terra Tenebrosa, Wolves In The Throne Room (Black Cascade album only), Lord Mantis, Portal… Most of them are not black metal bands though. Oh, and Fyrnask too. The album Bluostar blew my mind, still does.

Well, Opium Warlords and The Puritan are really strange choices here. Do you consider yourself a metal fan still? Are you interested in new releases, or maybe collect rare editions or some merch?

Well, I do listen to a lot of metal stuff, so probably I am a metal fan indeed. But I also listen to techno, hence I’m a techno fan too. And ambient, noise, drone, drum’n’bass, breakcore, some rock, some country, and so on…

Opium Warlords and The Puritan click with me a lot. Opium Warlords’ album Taste Our Sword Of Understanding took some time to grow on me, but for some reason I just wanted to listen to it again and again. Guess that’s a “grower”, right? But then again, Reverend Bizarre is not my cup of tea, when talking about Sami Hynninen’s projects.

I do listen to new releases, whenever I find out about ‘em, especially from the bands that I already like. But most of the time I don’t really hunt for anything new. Luckily, every once in a while I discover something new for myself, and thanks to the streaming services it’s a lot easier nowadays.

Collecting – not anymore. I have too much stuff and paraphernalia laying around anyway, so I’m better off without collecting records or something like that.

Talbot was an experimental product and Odota has some experimental content too; is a process of musical exploration the main thing that drives you to compose?

I just know that I want to make music, but I have no idea what drives this need.

Odota’s first album Fever Marshal was released only in digital format. Do you plan to contact labels or do you want to do a CD or vinyl edition later by your own hands?

Would definitely be easier if some label is interested in releasing it, but if that’s not going to happen then I will take it in my own hands, yes.

Did you face some difficulties working over Fever Marshal? I mean – did you think that you needed someone’s help with recording or production?

At some point, and especially in the beginning of the process, I did think that I would have to give it to someone else for mixing and mastering, etc. But whilst in the making, I started to think that I just wanted to it all by myself, be it good or bad or better or worse. I’m happy with the result, but I also hope to be better with each next release.

I believe that you’re proud of Odota’s release or you wouldn’t have published these songs, so what makes you proud of it?

Well, yeah, if I hadn’t liked it myself, then I wouldn’t have released it indeed. I am very happy about getting this release out of my system, as it has been itching for a long time. But it’s addictive, making the music. I need more. New material is already in the works, with my other projects too.

“Horse Thief Special”, “Bad Medicine”, “Half Eagle”… Your songs have pretty intriguing names, what are they about?

Like one fellow metal-scene guy from Estonia, Mart Kalvet [who has been a member in a lot of  (historic) Estonian metal bands] wrote about this album: “So western, much country (+drone black)”.

I’m highly influenced by the western movies and the Wild West scenery in general. So, most of the titles and ideas come from there.  Cowboys, gunslingers, damsels in distress…..

Mart Kalvet of Taak band? I haven’t heard about him since the last Taak release. What do you think about his opinion? Do you see a problem that your music sounds “western”, and do you feel your national identity in composing music?

Yep, the same Mart it is. Well, since the western feel was what I was aiming for with the titles, then I’m happy that it has worked. And by “western” I don’t mean geography, but it stands for the movie genre and Wild West era.

You made a quiet simple video for “Horse Thief Special”, what did you want to express with it?

Just the mood. I like how it looks and how it communicates with me. Don’t know about other viewers, it might feel boring to people. But for me it’s the “drone”.

Do you see music as a mean of self-expression or do you consider it also as a method of communication with other people? What is your message in this case?

I don’t really think of any message with my music. Don’t have any political messages or anything like that. I just make the music the way I want to do it, so, yeah, I guess it’s a vessel for self-expression.

Okay, thanks for the interview Jarmo! Let me know when you return with Odota’s next record and we can discuss it. Good luck!