Today we come to the 17th Part in the continuing rollout of our list of 2014′s Most Infectious Extreme Metal Songs. For more details about what this list is all about and how it was compiled, read the introductory post via this link. For the other songs we’ve previously named to the list, go here.

As you may have noticed by now, I have fun not only picking the songs for this list but also deciding which songs to combine in each installment. There’s usually some kind of thematic connection, whether in the style of the music or otherwise. But today there really is no connection — other than infectiousness, of course, and a similar hair-raising power in the vocals.

For reasons I don’t understand, the 2014 debut album by the Spanish band Domains didn’t appear on many year-end lists. I assume this was solely a result of being too far under the radar, because Sinister Ceremonies really was one of the year’s best and most interesting death metal albums.

Kunal Choksi wrote a short guest review of the album for us, and I’ll quote a few of his well-chosen words:

Sinister Ceremonies is only the debut album but it’s thorough and comprehensive in its sound and aesthetics. Unlike the usual Immolation–Incantation worship or Blasphemy added to the sound, Domains creates its own template of music, borrowing or rather incorporating influences of bands like Krisiun, Behemoth, and even Deathspell Omega to create something that is rooted in dark Death Metal but is also reaching out to different styles and traditions.

There’s a primal appeal to the Domains release, making it appear as if it’s more old school, and that’s a charm that doesn’t come easily without being derivative…. Domains leads the pack of the Spanish Death Metal bands, at least in recent times…. [Y]ou can’t afford to overlook this band because Sinister Ceremonies is among the best releases of this year.

Couldn’t agree more. This is ambitious, interesting music that still preserves an atmosphere that’s ominous and occult, while being virally contagious — and the vocals are strikingly impassioned (and pleasingly ghastly).

Though I’m a huge fan of the title track and thought about it seriously, the song I’m adding to this list is “Raped By Darkness”. If you’re new to this band, I encourage you to explore further. 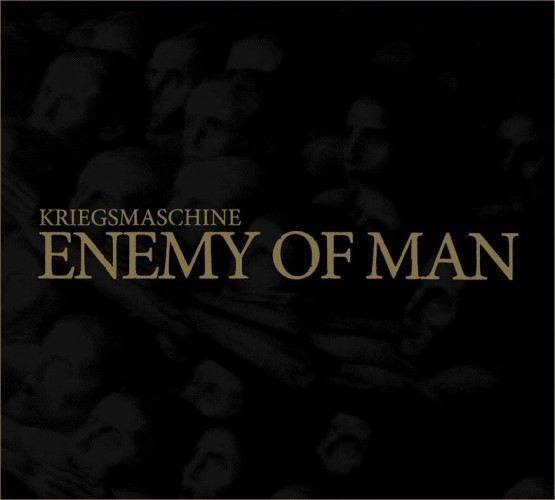 Back in December 2011 I was all set to begin rolling out my list of that year’s Most Infectious Extreme Metal Songs, and I knew exactly how I would start the list — with a track named “Onward Destrudo” by Poland’s Kriegsmaschine from a split entitled Transfigurations that I had listened to at least as much as any other song that year. And then I found out the split was released in 2010. Man was I pissed — but I posted about the song anyway.

This year I don’t have a timing problem. The band’s second album, Enemy of Man, really did come out in 2014. And even though it’s one of many releases from last year that we didn’t review, it’s really good. And it includes a track that’s a close rival to “Onward Destrudo” for my affections — though it’s only one of many infectious songs on the album.

“Farewell to Grace” takes a little time rumbling into motion, first creating an atmosphere of chilling eeriness, but once it gets going, there’s no stopping it. There’s an almost industrial drive in this black metal, with guitar leads that peal like infernal bells or spiral like streamers of fire and phenomenally good drumming (beginning at about 4:40 they sound like hand-played congas!). I mentioned the hair-raising vocals already — they send chills down my spine.

P.S. If you’re new to Kriegsmaschine, its line-up includes the two members of Mgła plus Destroyer from the band Hate.

4 Responses to “OUR LIST OF 2014’S MOST INFECTIOUS EXTREME METAL SONGS: PART 17”