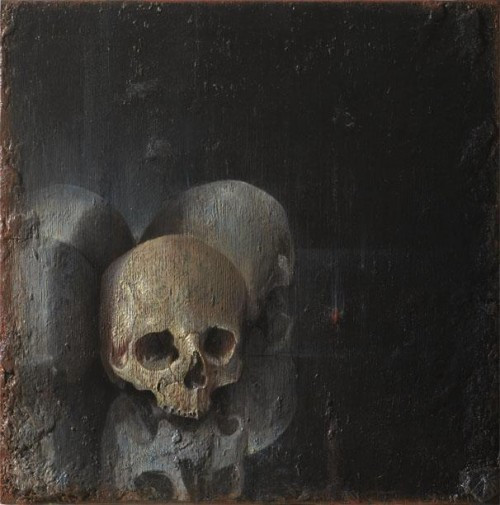 I’m gonna be one of those guys who has nothing from The Big Four on his list, so I’ll be expecting the hipster comments for sure.  My list, as per usual, is not numbered in any kind of order that denotes anything.

Let’s take a moment, though, to discuss thrash metal in the context of this list.  This list includes albums that span from the style’s inception to the modern era.  Everyone knows what thrash sounds like, everyone knows what it sounds like when a band has a thrash influence.  In the case of this list, I’m picking albums that are purely thrash, or albums that are mostly thrash and happen to adopt slight musical flourishes from other sub-genres (kind of like how The Crown really is just a thrash metal band with slight death metal vocals and melodic death touches).

To me, in a lot of ways, thrash, when well-written and done at its best, is the most primal expression of anger in musical form.  Something about it feels very raw, very in-your-face and unrelenting, compared to even more extreme styles of metal.  I dare say it also feels the most human to me.  A lot of metal nowadays strives for the cold and mechanical.  I like that almost as much as anyone else, but thrash metal does feel more “alive” to me than most other metal most of the time.

This list is of course my opinion and mine alone.  With that said, this list is my top ten END ALL BE ALL thrash albums.  There is no competition for these records, and most of these I’ve listened to for almost a decade, or in some cases for more than a decade, and haven’t tired of them yet.  This list has never changed other than by growing, as I’ve added more modern albums to it when I’ve discovered them.  I like skank beats, technical, active riffing with endless momentum and drive, and I LOVE speed.  I’m a fucking sonic coke addict if there ever was one.  Let’s get started eh? 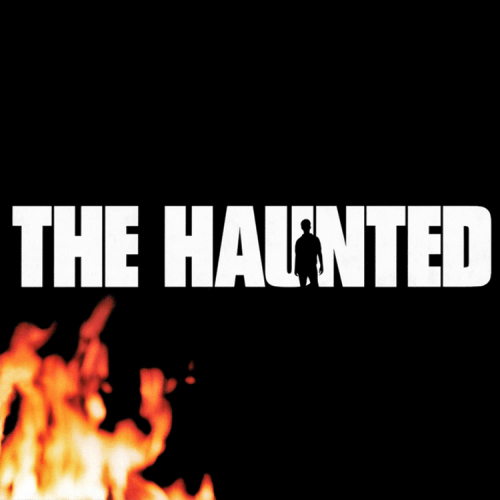 I: The Haunted – Self Titled

When At The Gates split up, the melodeath world, at the time, lost one of its most life-obliterating forces.  It’s rather funny looking at this album to think that ATG originally split up under the reasoning that they believed it would be impossible to surpass Slaughter Of The Soul.  The Björler brothers and drummer Adriann Erlandsson formed The Haunted with Anders’ co-guitarist in his other band Witchery, and a vocalist by the name of Peter Dolving.

While the ATG alumni may have felt they couldn’t write an album that would surpass Slaughter Of The Soul, they did write one of the most visceral thrash metal albums I’ve ever heard in the form of their debut.  They just wrote a Slaughter Of The Soul for a different sub-genre, and like that record, The Haunted’s self-titled still holds up today and stands shoulder to shoulder or above any competition, and the imitators since have been a shit-ton.

Taking the speed and technicality of Slayer, the blues-driven swagger of Black Sabbath, and utilizing the last vestiges of what was left of At The Gates in their blood, this album is an unstoppable tome of attitude and utter misanthropy – it’s piss-and-vinegar bitter from beginning to end.  No one has ever sounded as just purely fucking pissed as Peter Dolving does on this album either.  The dude’s voice is enough to get anyone’s blood boiling.

I’ve probably listened to this record thousands of times and it still doesn’t get old.  It’s pure unrelenting black heart venom.  It’s a shame The Haunted immediately lost momentum after this and haven’t done a single thing this good since. 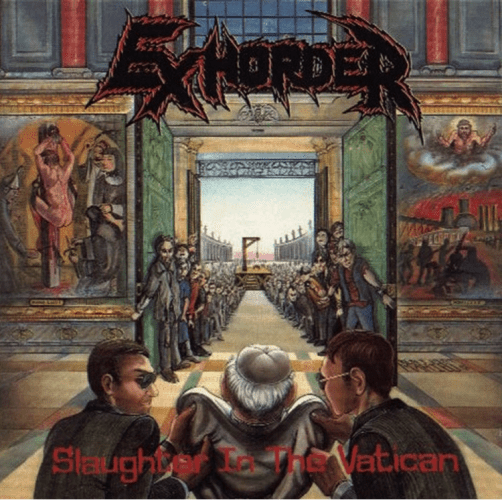 II: Exhorder – Slaughter In The Vatican

Fucking Exhorder.  Exhorder were as unrelenting on this blasphemous, putrid debut as The Haunted, but unlike The Haunted, who just wanted to mercilessly beat your skull in until brain chunks went flying everywhere, Exhorder crafted music that was akin to deliberate torture of a physical and psychological kind.  Their sonic punishment had shape, body, and texture and it pushed and pulled the listeners until they were an unrecognizable mass of meat and shame.

The album meets my pre-requisite of being fast as fuck, but the thing that really sets Exhorder apart for me was their song-writing and how they handled tempo changes.  Some of these tempo changes were extremely drastic, and no one does the drag your body over a bed of nails sloth speed breakdown like Exhorder.  The riffs are fucking crazy, the music is succulent and excessive, like getting to eat all the rare ribeye steak you want, and Kyle Thomas is still the king of his vocal style.  Really, I could put both of Exhorder’s albums on this list, but Slaughter In The Vatican has much more of that rawness and unrelenting nature that I like.

The mix turns me the fuck on too.  It’s got enough clarity to understand what’s going on, but much like a Louisiana swamp, it’s murky and raunchy, and when the album’s over you bleed out from a gator ripping a limb or two off.  It’s aesthetically, and musically, devastating and corrosive. 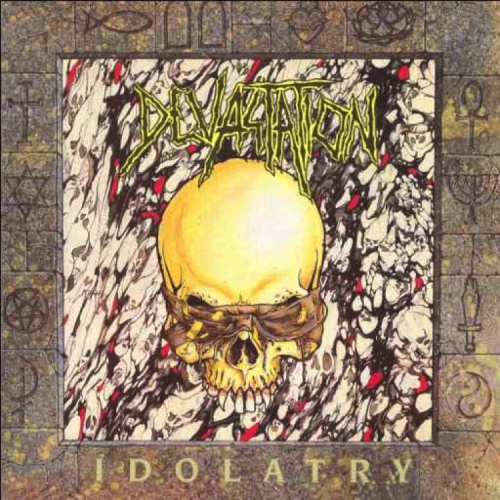 Here’s a fucking obscure-as-shit gem.  Devastation came from Corpus fucking Christi, Texas, and were criminally overlooked.  Extremely so.  They ripped, gnashed, and snarled with all the bravado and butchery of wolves tearing apart a carcass and leaving nothing but bone behind.  Their sound sat at a rather odd intersection that caused them to be one of the earliest proponents of the death-thrash mix.  It isn’t death-thrash in totality, but they definitely represented a prototype phase for the integration by other bands.  No one did it as well as Devastation, though, at least from my knowledge and perspective.

Devastation had fat riffs, intricate technical forays, and a death-metal-leaning sense of groove that set them apart from a lot of thrash bands when this album came out.  One can hear traces of the kind of beatdowns during their slower sections that people have heard in bands like Dying Fetus or Suffocation, in a very primitive format.  They had the speed, though, megafucktons of it, and their sense of melody (or perhaps lack thereof) gave them a much darker tonality and character, even more so than Slayer.  The vocals of Rodney Dunsmore are also a real treat, with him hedging the line between thrash shouting and full-blown Chuck Schuldiner Scream Bloody Gore-era vomity screams. 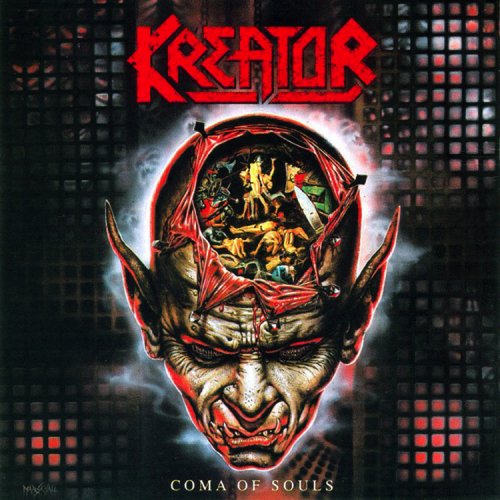 If you talk to anyone who loves Kreator, and anyone who isn’t rooted in “the early/first output was best” mentality, Coma Of Souls is regarded as being Kreator’s pinnacle before their more melodic direction came about.  It earns the distinction with the superbly intelligent riffing and the band’s ability to remain consistently melodic while bending the limits of the conventional melodic concepts they worked with.

Everything on the guitar front is intricately crafted, all written and scrutinized one note at a time.  Unlike the three previous choices, Coma of Souls is surgical precision in blood-curdling sound waves.  The guitar playing in and of itself, how absolutely inhumanly tight it is, and the number of tempo transitions and technicality of the riffing and the solos stands as a testament to the fact Kreator were, and still are, one of the more intelligent thrash bands from the old guard.

It’s melodic, it’s alien, it hits a wide variation of tempos, both song-to-song and within the songs themselves, and it feeds my inner guitarist riff fix.  This is also, up to this point on the list, the first album where the guitar solos matter and stand out.  This album includes some really stand-out lead guitar moments, and a lion’s share of the best riffs Kreator ever wrote. 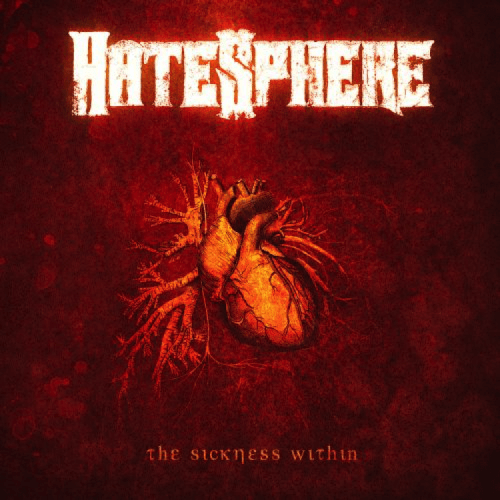 V: Hatesphere – The Sickness Within

Hatesphere were in the top tier of more modern thrash for four albums before their line-up underwent major changes.  Unfortunately, they haven’t captured a single bit of their old magic since.  Going back and listening to The Sickness Within does nothing but confirm this.

Taking the balls-to-the-wall, loose-cannon approach of The Haunted on their debut and the hardcore-centric dragging grooves of fellow Danish countrymen and thrash legends Invocator, Hatesphere had a winning formula that struck the perfect balance between old and new, speed and groove, technicality and primal bludgeoning.  The Sickness Within is the band’s definitive peak, and has them achieving the best of all those worlds.

The riffing is downright vicious.  There isn’t a single riff on this album that doesn’t cut to the bone, not a single groove that doesn’t curb-stomp you — everything hits hard, hits fast, and is fucking mean and unrelenting.  The guitar tone on this album is ridiculously brutal, and sounds like chunks of concrete just being shattered by a force of sheer rage.  Jacob Bredhal, one of my FAVORITE metal vocalists of all time, was a monster behind the mic.  His voice was unique, and the guy was as intense as you could get.  The guitar solos on this record are also fucking ridiculous and have some moments of eccentricity.

I do think this is an album that has to be heard.  I couldn’t ever do it justice by description.  Not by a long shot.