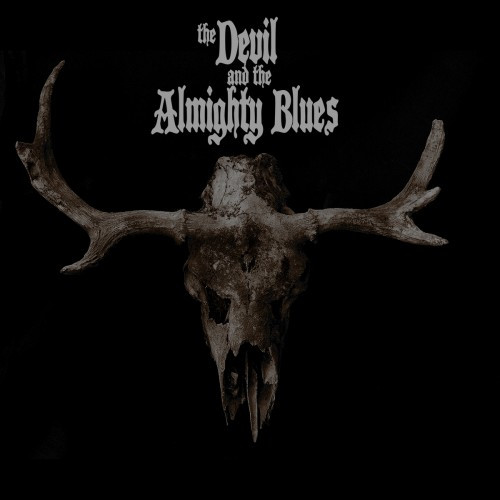 (Grant Skelton reviews the new album by a Norwegian band named The Devil and the Almighty Blues.)

Even a cursory listen to metal will reveal elements of two of its parent genres, blues and jazz. But metal’s kinship with these genres does not end with musical derivation and composition. Metal, blues, and jazz also share similar folklore. Long before parents were blaming Dee Snider and Rob Halford for their little hellions’ (see what I did there?) adolescent tyranny, jazz was called “the devil’s music.”

One might trace this attribution to the decadence of the “Roaring 20’s.” Alcohol was outlawed, and that meant no sales taxes. On the black market, anyone who could provide alcohol could make a pretty penny from a customer who wanted his choice poison. As it happened, the establishments that provided the booze provided the music. Jazz itself had nothing to do with the alcohol, cocaine, and hedonistic sexuality of this era. But in the minds of many, jazz was guilty by association. Sin sells. And in the 20’s, jazz was its soundtrack. 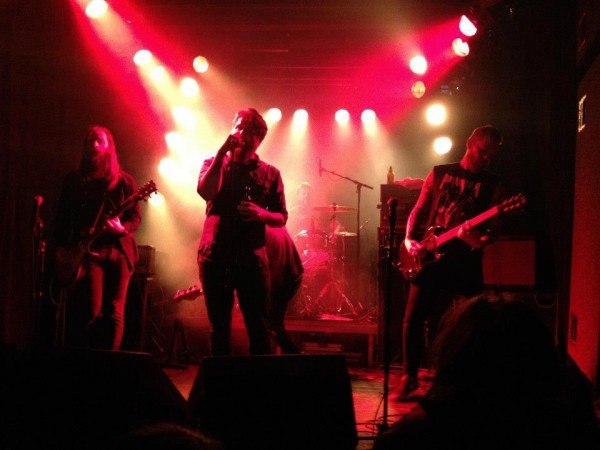 Blues has likewise been assumed to have Satanic themes and origins. Folklore and myth surround the life of Robert Johnson. Hailed by some as the “King of the Delta Blues,” Johnson died in 1938 at age 27. After his death, legends began to circulate about his guitar acumen. The most popular of these legends tells that Johnson was walking with his guitar along a road. At midnight, he came to an unmarked crossroad. At that crossroad, Johnson met the devil. Johnson offered his soul to the devil in exchange for learning how to play his guitar. According to the story, the devil took Johnson’s guitar and tuned it. When Johnson received the guitar, he was able to play what would come to be known as “the blues.” I have not seen any official comments on this, but it would seem to me that such a story makes sense for a band with a name like The Devil and the Almighty Blues.

The Devil and the Almighty Blues’ self-titled album was released 02/16/15. It was recorded live in-studio. The sound quality reflects a raw transparency missing in much of today’s metal. What we hear on the album is what happened in the studio, something that the audiophiles out there will certainly appreciate. The guitars have a specific Southern twang to them which should please blues aficionados. Fuzzy and warm, the bass coats the guitars like a sweet candy shell. The drums are crisp and clean, and I am particularly fond of the snare. Vocals range from desperate and anguished shouts to melodic crooning. Also, while the band is definitely influenced by Delta blues, they are about as far from that part of the world as one can be. A place home to more black metal than virtually anywhere else on the planet – Oslo, Norway.

My introduction to the band was a Soundcloud stream of the opening track,”The Ghosts of Charlie Barracuda.” Don’t let the syrupy opening groove fool you; there is something morose hanging over this album. This isn’t your Dad’s classic rock. There is a weight, a grave heaviness to this collection of songs that is absent in most modern blues-influenced rock. You can’t quite put your finger on it in the first track until about the 3:45 mark when the band picks up the pace. The resulting riffage is a doomy gallop that would make Sabbath proud. There is a restrained and frenzied energy in the faster second half of this track. Instead of letting it all out in one 15-second breakdown, the band sustains the angst until the song ends at 7:46.

The second track, “Distance,” gives me an image of Raoul Duke and Dr. Gonzo speeding through the Nevada desert in a red convertible. The title notwithstanding, the track’s mellow but steady tempo makes it perfect for travelling. You need good tunes when you pass through bat country.

“Storm Coming Down” and “Root To Root” are the album’s centerpieces. The two tracks are each about ten minutes in length. These songs should appeal to those who pine for lengthier musical excursions, particularly those with stoner/psychedelic influences. “Storm Coming Down” would feel totally at home next to anything by The Doors. Fuzzaholics will have their ears tantalized and satisfied by this song’s trance-like texture. Even fans of drone can find something to like about this song. The band hits a churning and slow musical stride at 4:40 that persists unbroken for about 3 minutes. Then, at 7:50, the tempo picks up before a cacophonous final verse sees the song out. I could listen to the intro riff on “Root To Root” on repeat for hours.The solos in the second half of the song may be my favorite on the album. Guitar work like this bleeds traditional blues, but with a certain lurking darkness that overshadows the song.

“Never Darken My Door” is similar in structure to “The Ghosts of Charlie Barracuda,” in that it ends with a shrieking frenzy that punches harder than the song’s first few minutes. “Tired Old Dog,” the closing track, is likely the slowest. This song is probably the closest to an old school blues song on the album. The vocal delivery is slightly more laid back, bemoaning the narrator’s self-deprecating assessment of his own life. The guitars on this song unabashedly worship the lineage of the late Jimi Hendrix, one of the band’s noted influences.

Each of these six songs is strong. A very satisfying album, that will be getting multiple listens from me.

If you like proto-doom, traditional doom, Southern sludge, or anything remotely psychedelic, then The Devil and the Almighty Blues have something for you. Fans of recent output from the Australian doom scene (the likes of Child, Horsehunter, Watchtower, etc.) should definitely invest in this album.

Connect with The Devil and the Almighty Blues on Facebook:
https://www.facebook.com/thedevilandthealmightyblues

4 Responses to “THE DEVIL AND THE ALMIGHTY BLUES: SELF-TITLED”