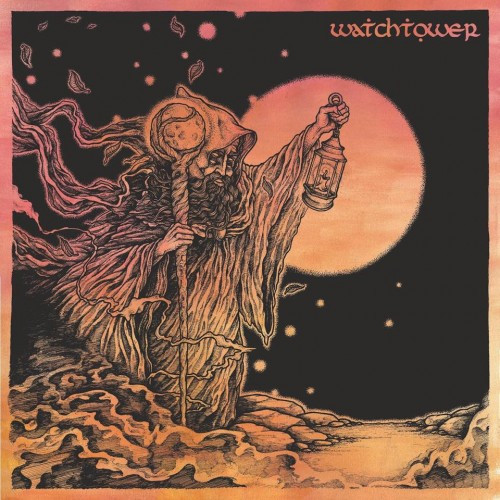 I don’t know what’s gotten into the water in Melbourne, Australia. But it must be some kind of alchemical elixir because that city is producing some exceptional doom metal of late. Watchtower, along with labelmates Horsehunter and the psyche-doom-ic blues of Child, are just a few patrons of the Melbourne doom scene. (Side note: both of those other bands are definitely worth your time).

According to this interview with Doomed & Stoned, Watchtower’s name comes from an experience that frontman Nico Guijt had with a few Jehovah’s Witnesses. Nico was introduced to the Witnesses’ magazine, called Watchtower. In the interview, Nico christens the band with that name. 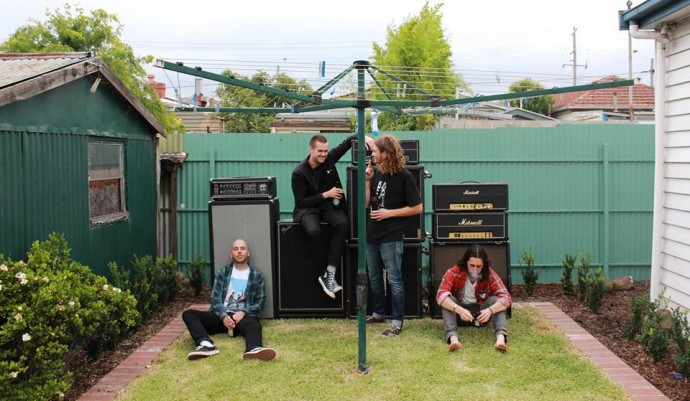 Metal as a whole has had a tumultuous relationship with organized religion, and that is not news. Doom, however, seems to have something of a fascination with religious iconography. Doom band members often wear crosses as jewelry or on clothing. Band promo photos are often taken in cemeteries and frequently feature some kind of crucifix architecture. That being said, I’m not certain if themes surrounding organized religion find their way into Watchtower’s lyrics or if they just liked the name.

Watchtower’s first demo Watchtower I was released in November of 2013 on Lacklustre Records. While that album was certainly a solid showcase of Watchtower’s particular band of sludgy madness, it was their second release that really demonstrated their talent. Watchtower II: Absinthism was released in January of 2014, just two months after the initial demo. The single track, “Absinthism,” is an 11+ minute riff-induced haze of fuzzy feedback.

I first heard this track courtesy of Hand of Doom Radio, which is itself based in Melbourne. The song was recorded live. Because of that, it has a very vibrant and organic musical quality. The first 6 minutes are an unrelenting groove cut straight from Louisiana sludge. But at 6:15, the band hit the accelerator and take the song into a blues-drenched jam led by a solo from guitarist Robbie Ingram. The second half of this song is what carves Watchtower a particular place among other modern doom bands. Since this is a live recording, what you hear is four guys jamming at the same time in the same room. “Absinthism” doesn’t feel as much like a song that Watchtower wrote, as much as a song that wrote itself for them.

Needless to say, when I saw that the band were releasing a new EP called Radiant Moon, I couldn’t wait to hear it. Evidently the band caught the ear of Magnetic Eye records, who released the album March 10. The EP marks another step forward for Watchtower. EPs are significant because bands only have so much room to work with. With an LP, a band could possibly afford some filler; tracks recorded just to meet the appropriate recording length. A band doesn’t have that luxury with an EP. There’s no room for mediocrity on an EP, so the songs that a band chooses to record must hook the listener. And with Radiant Moon, Watchtower do just that.

Track 1 is the EP’s title track. And what a track it is. Even in the first 30 seconds of the track, I noticed the improvement in sound quality the band have achieved. Joel McGann’s drums really show up in full force on Radiant Moon. The band’s older releases seemed to bury him in the background. But here, you can hear every snare, every cymbal crash, every thud of the bass drum.

Nico’s vocal delivery has also improved over past releases. Here, his grating hardcore shouts are rounder and better enunciated. He seems to have found his stride as a vocalist, combining just the right amount of rasp and power. Bassist Ben Robertson certainly isn’t absent from the party. His bass tone is so prevalent, you would swear you can hear his strings rattling. The bass on Radiant Moon is deep, smooth, and heavier than an anvil.

Structurally, the title track is similar to “Absinthism.” The first 4ish minutes are a trudging crunch of sweltering, bogged-down riffs. At around 4:35, the listener is (briefly) lulled with a mellow interlude. The second part of the song demonstrates why it is a spiritual successor to “Absinthism.” It wouldn’t surprise me if Watchtower were heavily influenced by jazz; given the way these songs flow. They seem so authentic; like they were written without the band even trying. I don’t know for sure, but there seems to be something of an improvisational element at work. The jam factor works really well for Watchtower.

Track 2, “Living Heads” is newer territory for Watchtower. It’s by far the fastest, angriest song in their discography. It feels like a hardcore song wrapped up in a doom veneer. It has a hardcore attitude and spirit, but a doomy groove. The punchy pace that the band suddenly delve into at 0:56 could easily make this song a candidate for the 2015 Most Infectious Extreme Metal Songs list.

Traditionally, doom has dealt with anger differently than most other metal genres. Anger in doom lyrics is usually internally focused. It manifests as self-loathing, depression, longing, or even suicidal ideation. “Living Heads” is different in that regard. Nico spews out, “There shall be nothing left when the walls come crumbling down,” and you agree with him. This raging, threatening mantra is clearly directed outward.

I’ve got zero complaints about this EP. Sure, I liked it and wanted more songs. But that’s another strength of an EP. It’s so good that it makes you want more. Watchtower really stepped up their game with this release. I highly recommend it, especially to fans of doom, stoner, sludge, and anything psychedelic. Can’t wait to see what Watchtower can do with their first official full-length.

Radiant Moon is available from Magnetic Eye records for only $3 on Bandcamp.

Watchtower I and Watchtower II:Absinthism are available as “Name Your Price” downloads.