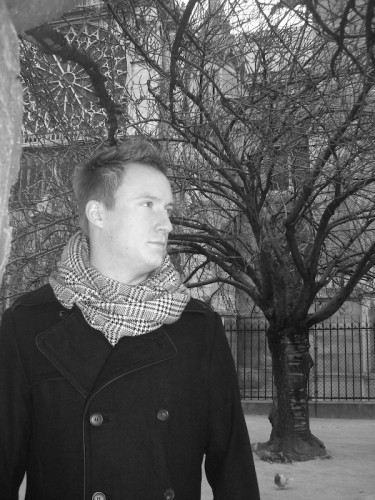 (In this post Comrade Aleks returns to take us off our usual beaten paths with an interview of J.N., the creator behind Picture Ann, Signalfeide, and Sagntid.)

I learned about the projects of this Danish artist because J.N. was a part of the atmospheric doomy band Sick Room 7, which was a good band and one I miss. But after (or during) Sick Room’s disbanding, J.N. continued to compose dark music, but of another kind: He put his hands onto atmospheric, guitar-based, and ambient songs with deep and murky feeling. What new does J.N. have for us today? Let me clarify it.

Hail J.! How are you? How does your creative life go?

Hails Aleks, all is well here. I have no complaints whatsoever regarding my creative life and it is somewhat constant and solid in a sense. I am always either creating, planning, or thinking about something in relation to music and lyrics. It never really stops… and I do not want it to stop either!

J., you have finished a new record in 2015. It is a Picture Ann full-length record, The Darkness Had Texture. How has this project evolved since its first album?

In a certain sense there are quite a few similarities between the very first PICTURE ANN album, the one named Blaspheme 2009, and the brand new one that you are referring to, the one entitled The Darkness Had Texture. The linear drum patterns, monotonous melodies, hypnotic moods, and trance-like atmospheres are thoroughly back in place on this new album of mine, and I could not be happier with how that turned out. The album that came out last year (A Bone Case for Papery Skin) was slightly more varied, dynamic, and weird, but now that some time has passed, I consider that particular album my least favorite of the three full-length assaults. However, I think my new record sounds pretty focused, and all five songs complement each other and underline certain thoughts and emotions perfectly well. I hope that the open-minded listeners out there will give it a spin or two on a dark and stormy night. I am very proud of The Darkness Had Texture, as you can probably tell. 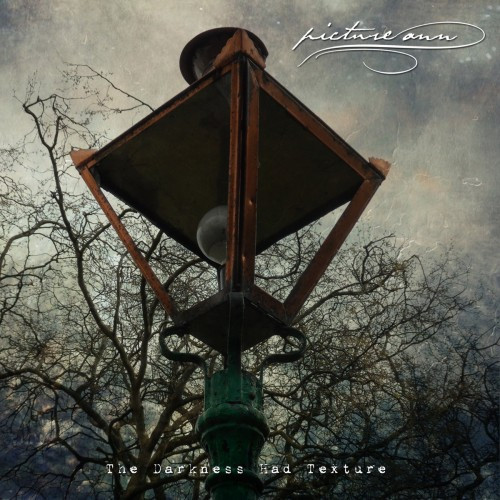 All of your projects have a lot of similarities, and new listeners maybe will not detect cardinal differences between Picture Ann, Signalfiede, and Sagntid. What are the main features of these projects?

You have a valid point there, my friend. On a personal level, there are a lot of differences between the different projects, but given that I have a certain way of composing songs I can easily see and understand why some fuckers out there see no difference between any of them and think it is all the same. If they read the lyrics or glance at the song titles they might think otherwise. The moods, atmospheres, and lyrical themes are quite different, and I am inspired by a lot of different things… and yet a couple of things seem to pop up on almost every damn release of mine. Thoughts and ideas relating to longing and loneliness are always present in my own songs and lyrics, but they are presented and examined quite differently in VORNOFF compared to PICTURE ANN, for example.

SIGNALFEIDE is more rooted in Norse Mythology, military history, vast and sublime landscapes, and forgotten ages and eras. My musical partner in SIGNALFEIDE is one of the coolest guys ever and I love crafting songs with him and discussing lyrics and so on. Without him there would be no SIGNALFEIDE and I give him all the credit for our work so far.

PICTURE ANN is very much inspired by the dark romantic writers of old, namely Edgar Allan Poe, Herman Melville, Mary Shelley, Oscar Wilde, and so on and so forth, but also desolate nature, the ills of modern society, displacement, (the lack of) identity, and even some postmodern literature.

Do keep in mind that SAGNTID ceased to exist a few years ago, so since then only PICTURE ANN and SIGNALFEIDE have been on my creative radar. VORNOFF was basically laid to rest in 2006. The fact that a lot of SAGNTID and VORNOFF releases are available on Bandcamp does not entail that either of the two is an active project by any stretch of the imagination. I just like the idea of keeping both bands visible out there as I am quite proud of most of their releases.

And what is their general conception? What unifies all of them? How do you see their “function”?

They all serve as a personal exorcism of sorts, but in different ways. Different impulses, different sources of inspiration, and different moods. What unifies them are the two common denominators: longing and loneliness. Now that only PICTURE ANN and SIGNALFEIDE remain active, I am able to express my innermost thoughts, feelings, and ontological questions through the former while the latter allows me to interpret and express some of the things in life that I am most passionate about. It is the perfect marriage, really.

What about the doom metal band Forlis? Is this project active still?

Most (or rather all) of your current projects have a basement of dark ambient music. Don’t you want to return to some heavier stuff like “Sick Room 7” for example?

No, not really. The Occupation Poetry demo by SIGNALFEIDE and the last couple of PICTURE ANN albums are about as heavy as I want them to be and contain a sufficient amount of distorted guitars and noise to satisfy my “heavy metal leanings”, if that makes sense. My musical ideas are very often inspired by black metal and so on, but for some reason the majority of my songs end up being somewhat mellow. It just feels more natural and honest to me. I cannot explain it. It is just the way things are.

Do you have any plans to release other artists through Floodgate Moods Productions?

One should never say never, but for the time being I am quite content with only releasing music that I have been involved in somehow. Floodgate Moods Productions is not a label in the traditional sense of the word, but it is the perfect way for me to gather and release some of my most personal and valuable musical outputs under one banner, so to speak. Having PICTURE ANN, SAGNTID, SIGNALFEIDE, and VORNOFF under one roof is both convenient and neat for me, so it serves its purpose.

In which formats have you released Picture Ann, Signalfeide and Sagntid?

Nowadays I mostly release music digitally. Unfortunately, nobody seems to buy or care about CDs anymore, which is a damn shame. 9th Meridian Records have released a number of my albums on CD, which I am very thankful and grateful for. There are pros and cons of only releasing music digitally, and I will not bore you to death and drag you into that discussion, but being in charge of nearly everything myself and being able to release my own music whenever I want to feels mindblowingly great. However, I would love to be able to release my music on vinyl one day, but whether that will ever happen or not remains to be seen. One can always dream, right?

What are your plans for the future of these projects? How would you like to develop your art?

J.H. and I have slowly started working on a new SIGNALFEIDE album, but I dare say we have a long way to go with that, which is perfectly fine, so I reckon that the only thing we will release this year will be a digital single, and then hopefully the album will surface in 2016. The album will contain certain abstract parts along the lines of the Midnight Sun EP as well as a couple of straight-up metal-sounding tunes. I am currently working on two PICTURE ANN digital singles as well as an EP, and I think I might end up releasing all of them this year. Those are my only music-related plans for 2015 so far, but things might change somewhere down the line.

As to how I would like to develop my art, I want things to progress and evolve as much as possible. I do not necessarily mean changing my/our music or what we are about, but one can hone and perfect one’s way of expressing oneself, and that is the path that I have chosen to walk.