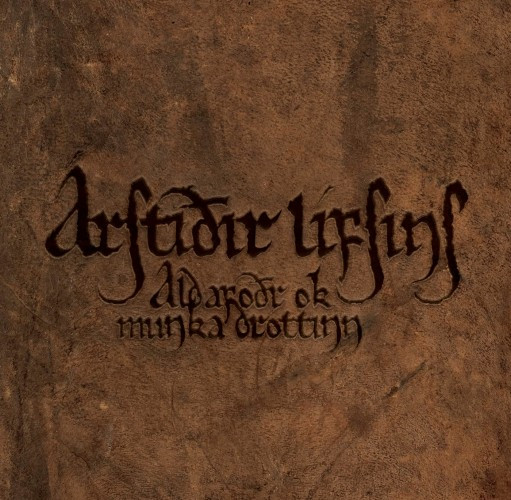 This trio features members of Helrunar and Carpe Noctem, so you know they are going to get at least the Viking parts right.

It starts with a twelve-minute epic, with the first three minutes building up to the metal being introduced. Largely there is a chorus of baritones bellowing out the vocals, but these give way to black metal snarls. The first and second songs run into each another, as if this were a Wagnerian opera. Like opera, the sensual magnitude of the scenes they are creating here is impressive.

At times you might be inclined to refer to the music as blackened folk metal — the third song has some old-school black metal nastiness to it — though the bass playing is raised to an audible level, where many black metal bass players stay submerged beneath the waves. Here the theatrics that take center stage, rather than trying to recreate any pagan folk elements, more often work within the song rather than making it feel overblown, though in some portions of the album they come across more like interludes rather than the style of a band like Negura Bunget, who use those elements more fully as working parts of the song. 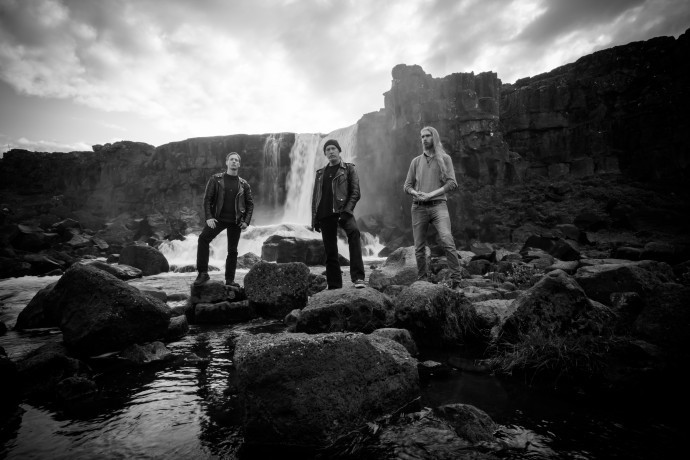 The fourth song is more of a dirge-paced hymn. The drums build it up through a nasty blast beat, but it slows into a pretty powerful pound.

“Epic” gets over used, however it applies here, as these songs are arranged with orchestral precision. At times you will think, “now this is how the soundtrack to The Hobbit should have sounded.” The drums drop heavily into the mix and give the guitars more to crunch on, until the spoken-word sections bring the excess to the atmosphere, making for a crazy, dynamic shift when the band erupt into some of the most frenzied blast beat sections you will hear on any black metal album.

When the operatic baritones are thrown into the album’s more metal moments it does give the album more personality than the two dozen black metal albums sitting in my in-box. There are times when the harsh vocals sound as if they are being traded off between two different microphones, and this effect also provides a fresh take on the style — which is what that style of vocals is beginning to need, as we are becoming so desensitized to the average harsh vocal performance that it is beginning to lose its edge.

The closing song sets a powerful chug against the chorus of chanting baritones. Midway into it there is a cool break that gives the song the dynamic edge it needs; after all, bombast doesn’t seem as bombastic without something with which it can contrast.

This album has a lot going on, and the fact that it all comes through really clearly is a testament to the skill with which it was mixed. This music has a very honest and reverent feel to it; there is not the sense that these guys are just running around LARPing as Vikings. They are capable musicians, and the drummer in particular stands out and can deliver some first-class double-bass on command.

Metal is supposed to be big and over the top, so bands like Manowar and Bathory should be proud of what they helped bring about. Just in time for the new season of Game of Thrones, you could smoke a bowl, mute the television, leave this playing, and get a whole new perspective on the show. An impressive piece of work, and if you are a fan of Viking metal, one of the best releases from that sub-genre to come out this year.

Aldafǫðr Ok Munka Dróttinn is sung entirely in Old Norse-Icelandic, with added Skaldic stanzas from the Icelandic sagas. It is being released by Ván Records and is available on CD and vinyl here and here.