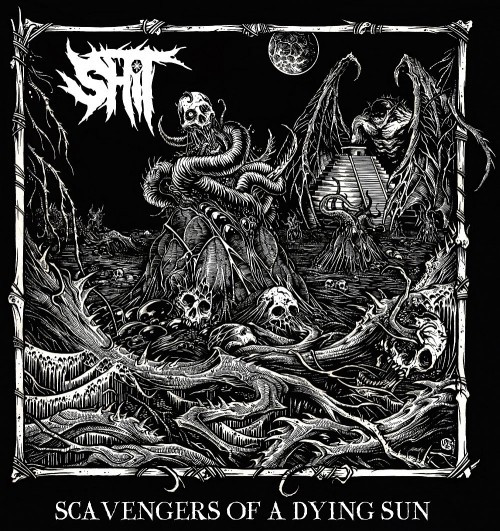 In the annals of “no fucks given”, you’d be hard-pressed to find a better example than a band who call themselves SHIT. Not “The Shit”, as in “this band is The Shit!”, but simply SHIT. However, as you’re about to find out, it’s obvious they do give a fuck about at least one thing — their music.

As proof of this, what we have for you today is the premiere of a song named “Sulphur the Right” from the second full-length by SHIT, entitled Scavengers Of A Dying Sun. The ominous symphonic overture in the song sets the stage, and what follows immediately is a flensing surge of black/death metal that alternately blasts like a storm, romps with a crust-punk rhythms, and stomps with steel-toed boots.

The music is loaded with mind-warping, dissonant riffs played at dazzling speed and blazing drum fusillades aimed straight at your skull. Skull fracture isn’t the only risk you will run when you hear this track — the thoroughly nasty vocals display the ravenous hunger of a beast ready to sink its huge jaws right into your throat. 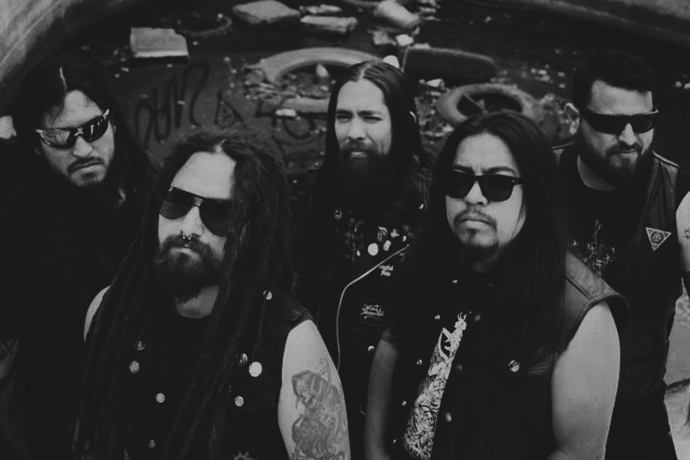 “Sulphur the Right” is top-shelf ferocity, played with skill and hateful spirit — and it’s as catchy as it is malevolent.

The current line-up of SHIT is as follows:

The album was recorded and mixed in Tijuana, Mexico, by Melchor Felix and was mastered in Germany  by Michael Zech (SECRET OF THE MOON, ASCENSION) and features monstrous cover art by Count Sebastian Bloodcastle and Daniel Corchado.

Scavengers Of A Dying Sun will be released by Mexico’s Chaos Records on June 11.

5 Responses to “AN NCS PREMIERE: SHIT — “SULPHUR THE RIGHT””