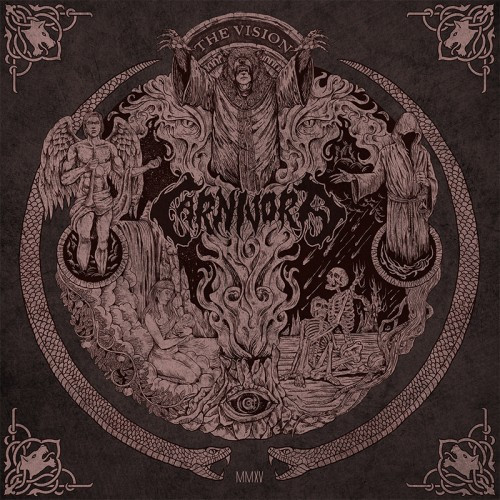 One thing leads to another. On April 27 we announced our sponsorship of a tour by West Virginia’s Byzantine with Mobile Deathcamp from Ohio. That led to our May 8 announcement of a follow-on tour by Mobile Deathcamp with support from Massachusetts-based Carnivora. And that led to what you’re about to hear — our premiere of a Carnivora song named “A Vision In Red” from their new EP The Vision.

The Vision is a four-track offering that follows the band’s 2013 full-length debut, Eternal, and “A Vision In Red” is the EP’s opening song. The song blends together riffs that alternately swarm and jab, a flurry of pugilistic drum strikes, and a couple of flickering, spiraling guitar solos that really light up the song like a Roman candle — not to mention a nimble, thrumming bass line and some bleeding-edge vocal excretions. 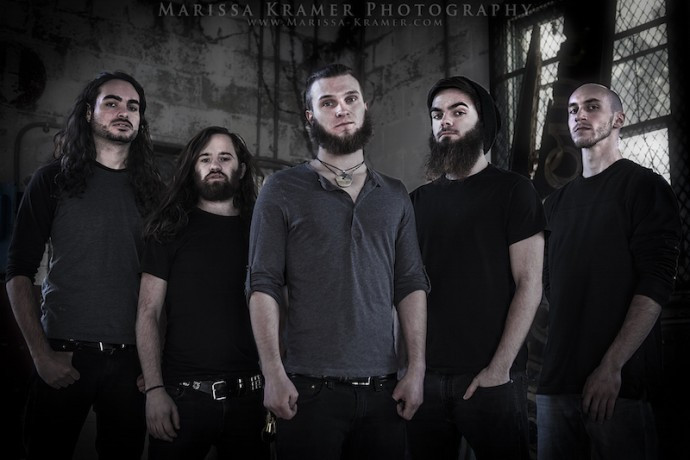 But what gives the song an added dimension and another layer of texture is the smoothly flowing melody that eventually surfaces, providing a contrast with the jolting vehemence that surrounds it. This is a high-energy, multi-faceted song performed with instrumental flair and a lot of evident passion that stands up well to repeat listens.

The Vision EP is set for release on June 23, 2015. Pre-orders for the EP are now available on Bandcamp via the link below, and pre-orders will get you an immediate download of the song we’re premiering today.

And in case you missed our earlier tour announcement, here again is the schedule of Carnivora’s excursion with Mobile Deathcamp: 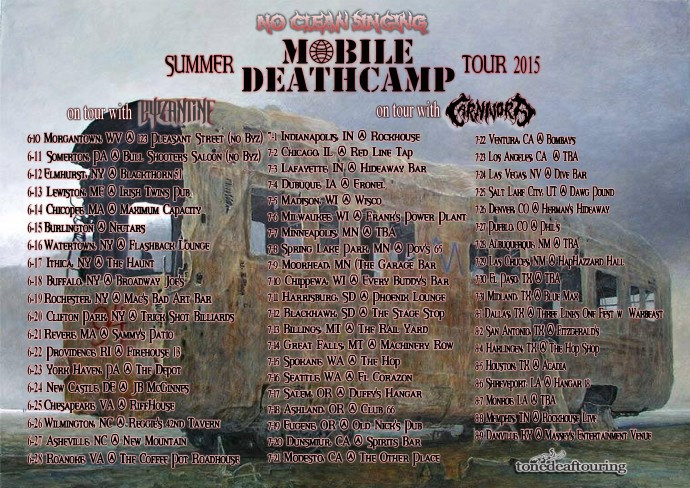 Now, check out “A Vision In Red” (and after that we’re also including a previously released lyric video for another song from the EP, “Pessimist’s Tongue”):

2 Responses to “AN NCS PREMIERE: CARNIVORA — “A VISION IN RED””