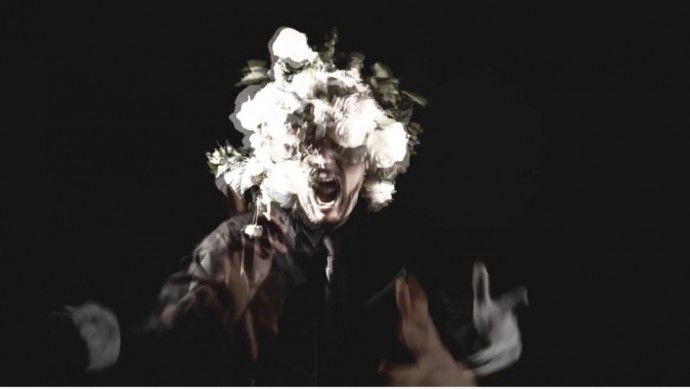 Valborg definitely march to the beat of their own drummer, and perhaps nothing could more clearly prove that point than the new song and video we are premiering today. The music is “Sulphur Vitriol Angel” and it comes from the band’s new album Romantik, which has just become available digitally and is due for release next month on vinyl via Temple of Torturous.

I recommend that you listen to the song at least twice — once while watching the video and once without watching. The video was created by German artist Soheyl Nassary, who also made a video for another Valborg song,  “Under the Cross”. As the band explain: 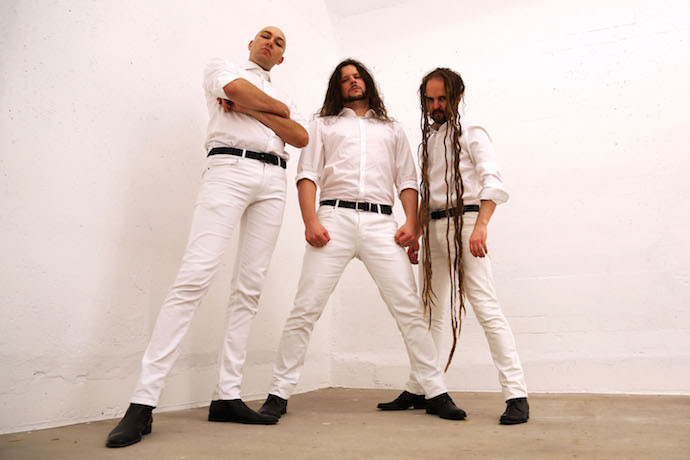 For the 2nd time we worked with German artist Soheyl Nassary. He chose the song and created the concept for this video. It’s his vision of a “Sulphur Vitriol Angel”, thus the word belongs to him.

“My work is based mostly on a visual idea, which tells a story and creates a mood by default through targeted production. The floral theme is a game with Romantik stereotypes and thus to contextualize the VALBORG song/music theme.”

Yes, there are flowers in the video — lots of flowers — worn in a way that you usually don’t see as adornment for a metal band. And while this may not take the world by storm as a fashion statement, it begins to make a strange kind of sense if you pay attention to the music. Which is why I recommend you listen to the song a second time without the hallucinatory visuals, because the first time you may have some difficulty concentrating on the sounds.

And the music is very much worth your full attention. “Sulphur Vitriol Angel” is my own favorite track on this very strong album. It moves slowly, with a simple beat, gradually weaving a gothic/doom spell that becomes increasingly compelling as time passes. The combined guitar-and-keyboard melody is entrancing, while the brief appearances of jagged riffs and equally jagged rasps provide the feel of the knife, lurking there, just under your neck. These flowers must have the fragrance of sulphur.

Romantik was produced, recorded and mixed by Oliver Weiskopf at Stonehenge Studios, mastered by Michael Schwabe at Monoposto Mastering. The album is due for release today on CD and digitally, and a vinyl release is scheduled for June 16, 2015, via Temple Of Torturous. Because the album is now available on Bandcamp, we’re including a stream of all the songs just below the video.