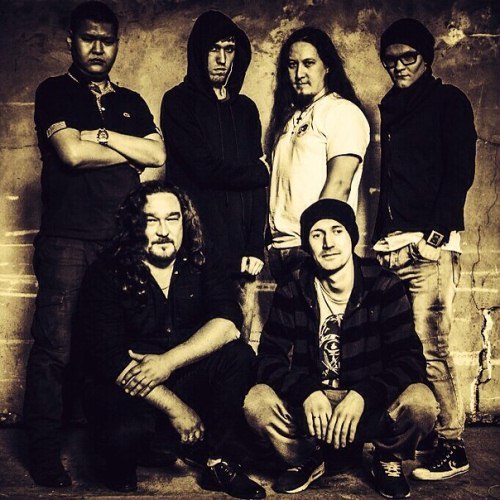 (Our Russian contributor Comrade Aleks bring us this interview of his countryman Andrey Lemark, vocalist of Delirium Silence.)

It’s not a geography lesson, but take a look at a map of Russia and find Yakutsk city. It’s located just 280 miles south of the Arctic Circle. You may ask me what did I forget there? Delirium Silence. A newborn aggressive death doom band that released a self-titled EP in December 2014.

This record consists of six songs, including a cover of the Septic Flesh song “Anubis”, and it’s really worth a listen. So I asked a few questions of Andrey Lemark, the band’s vocalist.

Hello Andrey! The first EP of Delirium Silence was pretty well-made, well-recorded, straightforward, and heavy. How long did you work over this release?

Greetings! To my mind the cover art is pretty awesome, thanks to Alex from Mayhem Project design.

You said it was heavy? I wouldn’t say so. The thing is that when we were recording the EP we weren’t sure what we wanted and in which genre we wanted to make it, but I like it loud and hard. Speaking of preparations, we weren’t actually preparing anything, it just happened. But each of us was waiting for this time to come.

As I understood, the album was completely DIY. Were there any troubles with its producing?

Yep, good thing that we were patient enough. We weren’t even expecting stuff to be so good when we heard the final recording. Everything was perfect. 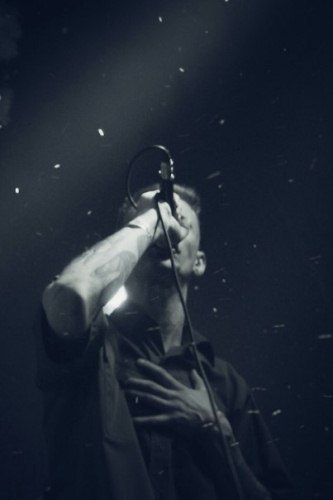 What’s the current line-up of Delirium Silence, and do all members have any experience playing in other bands?

Yeah. Every member of the band was playing in some other bands, seeking for a place in the music world. We can say that Delirium Silence is the gasp of fresh air after drowning in problems of lack of responsible musicians, constant rehearsal spots, etc.

Delirium Silence are playing dynamic, pretty intensive death doom, like Septic Flesh did almost 20 years ago. What have you learned from the brutal Greeks?

Oh! Thanks for putting us in the frame of this genre, because I’ve started to forget in which style we’re playing and still can’t decide it. 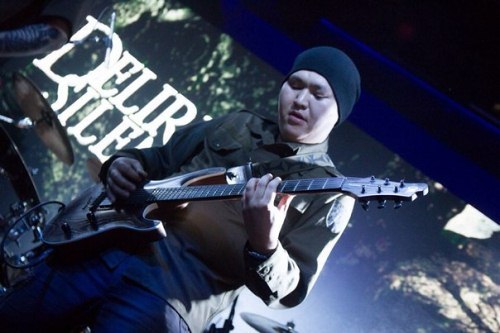 Septic Flesh are a really cool band — like Nergal (Behemoth) said, “music should have balls”! And those guys have it for sure! I love this band, and by the way, our song “Ash-colored dream” is a little bit in the mood of Septic Flesh! We’re not planning to be another Septic Flesh, but if we’re in a comparison with this band, it means that we’re doing it right, and it’s an honor for me.

And I don’t know what the others think about it. We’re not trying to put ourselves in some kind of frame, but Septic Flesh have given us more to learn about how this kind of music should sound. It should flurry our mind and soul.

How do you think of what is the special thing about Delirium Silence?

Hmm.. I don’t know what to say? Maybe it’s a comprehensiveness of the vocals? I think I should ask you the same question, shouldn’t I? 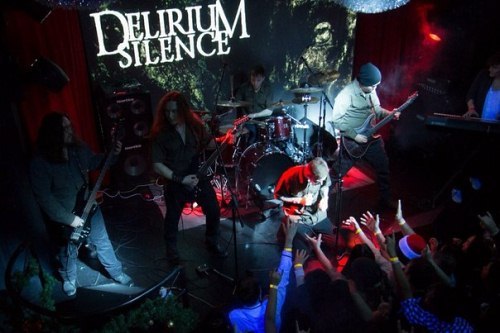 Maybe. Anyway I’m just kind of curious about your point of view as an author. How do you see Delirium Silence compared with other doom-metal bands.

It’s kind of difficult, but I’ll try it. At first we’re not in doom-metal. Because we’re playing it too fast for doom, but not chaotic and fast enough for death-metal. Mostly we’re working on the melodic part. It doesn’t matter how brutal and difficult your riffs sound — the main thing always will be the melody. The thing is that we’re trying to make our “death-metal” sound more comprehensive. And we weren’t hearing something like that in the world of metal music.

Your first record looks like a complete album, but you’re positioning it like an EP. Are you working on a full-length record now?

Yeah, we were working on it so hard that it was not so easy to stop, and it could have grown to the size of an  LP indeed, but that would have taken more time. We changed a lot of things in the process, and were tired as hell, so we decided to release that damn EP. Now we’re creating new songs and working on it really hard.

The new songs will contain feelings that we have inside. Actually I don’t know how it will be, but I like it.

But will Delirium Silence be the same, stylistic-wise?

Yeah. Delirium Silence will be the same, but we will change the emotional concept. Maybe now it will sound kind of weird, but this is it how it is — you’ll hear it on our new album.

You released the EP without any label, but there are already positive reviews of it. How did you do all the promotional things for it?

You’re right, we did it without a label. I think the EP is to help labels hear your music, and then work with you if your band sounds interesting.

Positive reviews are a good thing, especially for the music of bands like ours; we aren’t popular, and not that many people know us. Now, I would like to change a lot of things in this EP — especially vocals, but this is an EP and it shows where you have weak points and mistakes. I want to thank our friends — Andrey Tarakanov, Vitaliy Novojilov from Manic Depression; these guys helped us a lot with it. Thanks to those people who made reviews, you are showing people new bands, which were previously unknown for them. 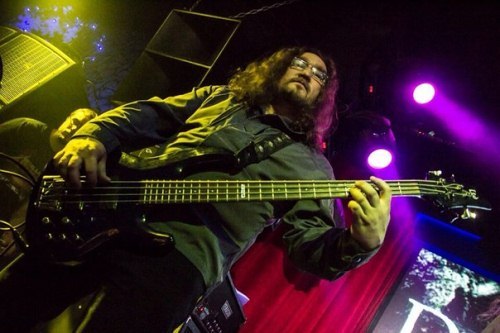 I’ve read the reviews, and there are only good words about Delirium Silence. Do you agree with such a welcome?

We were glad to know that someone except us likes our music. You may agree or not, but every single word about Delirium Silence is important for us, it will help us to see what we’ve missed and make the band sound better. It’s always the same after hearing what you have done — the first thing is a desire to change it, to make it sound brilliant.

Most Russian bands prefer to sing in English, and writing lyrics in Russian is a big deal. How did you decide to do that?

Sure thing. Most of them are singing in English, I would say all of them. Russian is more close to our minds, but we’re thinking about an English version for the LP. Because we have our listeners abroad, and English is a kind of common language in the world. 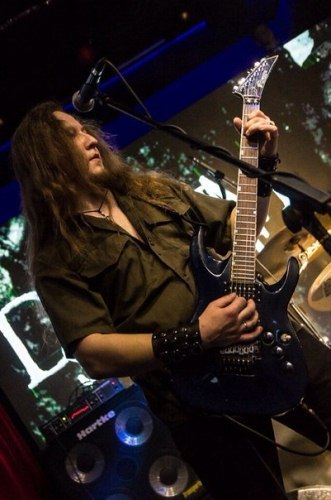 What do you think of the Russian doom-metal stage?

Of course it exists mate! Here is an example — our friends Inner Missing from Saint-Petersburg and Intra Spelaeum are good bands. We have many awesome doom-metal bands in Russia!

Yakutia is a pretty remote region from any place in Russia. What kind of problems do you face there as a band?

We have them and can talk about them for hours and hours; the biggest problem is transportation. It’s not about the price of a ticket, it’s more about distance. 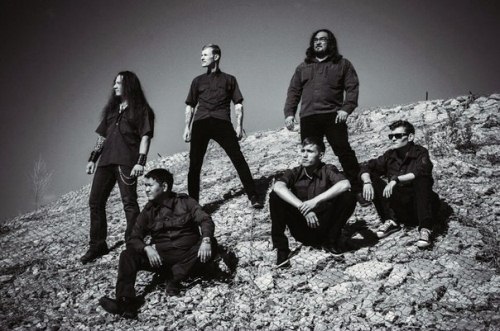 Alright, we’ve almost done, so just remind our readers about your plans.

At first, it’s the creation of an LP. We’ve started to think about touring; also, we want to make a long-play concert in our home-town and make a music video. But the first thing will be the making of an LP.