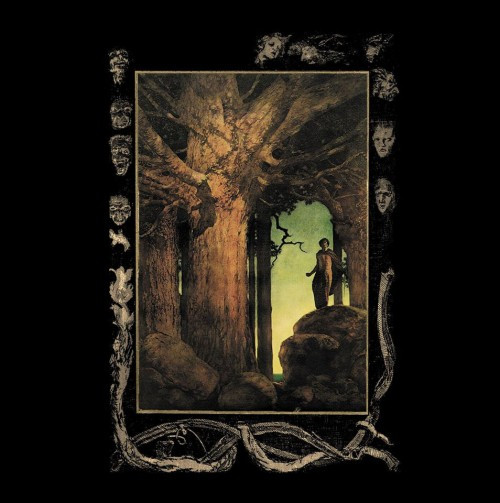 How strange… following on from the 60th edition of The Synn Report, which went up earlier this week [here], it seems like I’m sticking around in Philadelphia for another band – Black Metal misanthropists Hæthen, whose debut album Shaped by Aeolian Winds, was actually released wayyyyyy back in February of this year – however, to my endless shame, I’m only just discovering it now.

Still, what we have here, no more and no less, is a striking slab of evocative, highly atmospheric Black Metal – carefully crafted and refined by people who clearly know the genre like the back of their hands – and, while it may not be the most original or earth-shattering album ever produced, it remains a fine collection of deftly written, deeply impressive songs in its own right. 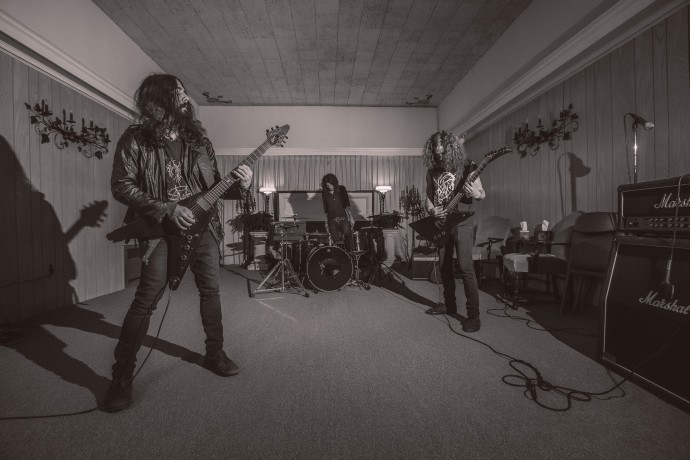 Surprisingly ferocious introductory instrumental “Entranced by the Unknowing” certainly sets the tone of the album right from the off. What begins as a windswept piece of ebbing and flowing distortion soon transforms into a gale-force assault of searing tremolo work and sizzling blast beats that’s clearly influenced by the genre’s most famous totems, yet imbued with a vitality and visceral energy that makes it impossible for anyone but the most churlish of commentators to criticise it.

And so goes the rest of the album, with first track proper “Taking the Auspices” introducing some suitably snarlsome vocals as the icing on this particular blackened cake. The riffs by-and-large stick closely to the established Black Metal template, but they’re exceptionally well-written and arranged for all that, delivering a delicious deluge of dissonantly melodic (dis)chords and winding tremolo runs.

Similarly the drums never fail to skimp on the intensity, delivering a powerful pummelling of their own, their precisely placed and measured torrent of rumbling kicks and chattering blast-beats ensuring that the pace remains fast and punchy throughout the majority of the album’s almost hour-long run-time.

If it sounds like I’m disappointed or underwhelmed by this album – I’m not. Though it may not be reinventing the wheel, it definitely takes that wheel and provides it with an energetic new spin.

The eleven-minute “Fragments of Spectral Uncertainty”, for example, is pretty much everything that music like this should be. Dense, driving, bleakly (but subtly) melodic, and brimming with atmospheric over- and undertones (particularly during its absolutely haunting mid-section), it’s equal parts blistering and captivating for the whole length of the song.

The shorter, sharper, guitar-driven onslaught of “In Absence of the Eternal” is a similar slice of blackened perfection, positioning itself carefully at a nexus point between anguished aggression and artful atmosphere, while the darker, more introspective “Captured Within the Annulus” has a grim sense of grandeur to it that echoes the sound of the genre’s progenitors without once feeling derivative or disposable.

The rest of the album’s tracks follow suit –never attempting to fix a formula that clearly isn’t broken, yet never once failing to impress. These guys know exactly what they want to do, and they do it extremely well.

Simply put, this is an exceptionally accomplished and well put-together piece of atmospheric Black Metal – even more so when you consider that it’s also the group’s debut album.

Fans of Winterfylleth, Abigail Williams (particularly circa In The Absence of Light), and Iskald would all do well to take note, as Hæthen’s particular brand of sublime, frostbitten ferocity provides ample evidence that it’s not always sunny in Philadelphia.