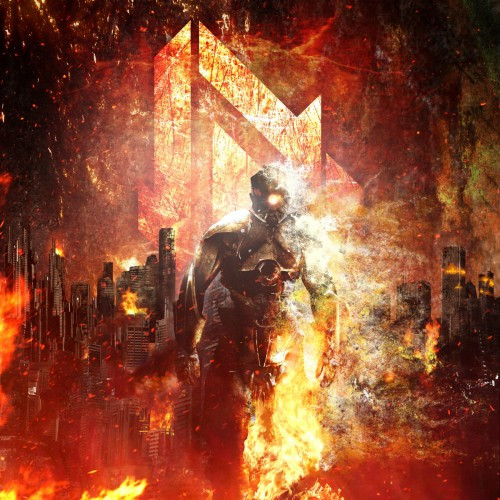 (In this post DGR reviews the new release by Chicago’s Mechina.)

Mechina are a band whom I’ve learned to stop trying to figure out. They’ve somehow evolved into superhuman musicians who can seemingy do no wrong when it comes to putting out quality music. They’ve consistently kept to a yearly release schedule, and recently have even added a single release mid-way through the year — and those have become huge efforts in their own right. I keep waiting for them to slip, but it seems that somehow the people behind Mechina are absolutely tireless as well as immensely talented.

The Mechina singles are some of the longest songs the band have written and are the musican’s equivelent of a short story — which is odd to say when it comes to music, but given that the band have created their own universe and continually add to it, it isn’t hard to see the band’s brand of symphonic/industrial/groove/death metal starting to become like sitting down with a storyteller and letting them entrance you with another tale. 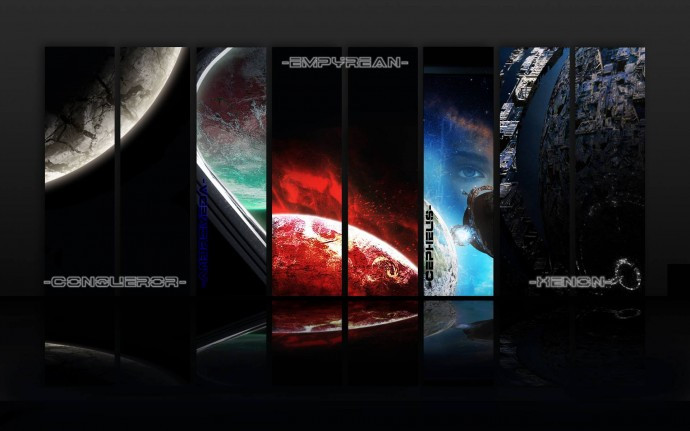 This year sees Mechina returning with another epic-length single, after the already huge Acheron, with the song The World We Lost — one that has its place somewhere in the beginnings of Mechina’s overall timeline and tells another story of planetary armageddon over the span of eighteen minutes, dwarfing previous sibling single To Coexist Is To Surrender. It is a giant song that contains just about everything Mechina have done so far, and one that again impresses not only due to the sheer ambition it reflects but also because of just how goddamned good it is.

Even within its huge eighteen-minute runtime the band still place quite a few call-backs to earlier songs, either in the form of instrumentation, or choral parts, or even the occasional motif, so that even though The World We Lost serves as one of the prequels to the overall Mechina arc and something that can stand on its own, it still feels like it could’ve lived and breathed within the confines of Acheron.

Acheron itself was already an experimental disc for Mechina, not as intensely heavy as Xenon or Empyrean and with huge blocks of time dedicated to building up general atmosphere with long, ambient pieces and even a huge instrumental block right in its opening. It still has probably the most experimental song for the band to date in “On The Wings Of Nefeli”, with its chorus of voices in the opening and the way that song tends to bounce. To hear that spill over into The World We Lost makes the song feel like a mid-point, the band hammering down a nail and saying “here is everything we have done up to this point”.

All of which takes place over an epic-length song. It starts out relentlessly heavy, a huge chunk of blasted groove right in the forefront, but even that comes after following a pretty good-sized bit of storytelling. Then the band have a big section right around the nine-minute mark that could be some of the best material they’ve ever written.

Dave Holch returns with his clean singing voice, buttressed by a massive guitar groove and symphonic section. It is the moment where The World We Lost really comes together. The whole part ties the song together and comes up more than once over the listener’s journey — once after the opening barrage and again later to help close out the song, and that part comes after a death metal section that feels like a hail of gunfire in its own right. It makes the time spent with the song feel like the blink of an eye, simply because it remains the dynamic, movie-score quality backing to the whole track, combined with an overall narrative that fulfills its duties of making the song feel like an episode in the Mechina chronicles.

Seeing Mechina’s profile grow as they’ve put out more music has been an awesome thing. They truly do make a soundtrack to a universe that only exists within their releases. Every release so far has been something to look forward to and every one usually contains hints at things to come in terms of sound. The World We Lost doesn’t quite have that, instead pulling from much of the huge groove sections that dominated Acheron, as well as its love for choral bits and big, moving symphonic sections. But at eighteen minutes, Mechina have crafted another mini-movie that fits perfectly within their large-scale, science fiction, heavy metal epic and it is another reason to keep looking forward to what the band have to offer.

3 Responses to “MECHINA: “THE WORLD WE LOST””