“This is a picture of alienation and ultimate rejection of an oversensitive character by an anonymous city.”

“Behemoth has always been about breaking boundaries, taboos, leaving its comfort zone and thinking out of the box! Here we go again with the brand new video from us. It’s already a fourth official clip off The Satanist… The concept came from the director, Andrzej Dragan. It’s situated in modern Warsaw in the present times. It’s where the carnal world meets the unknown… it’s where the ZOS unites with KIA… It’s where SACRUM is raped by PROFANUM…” 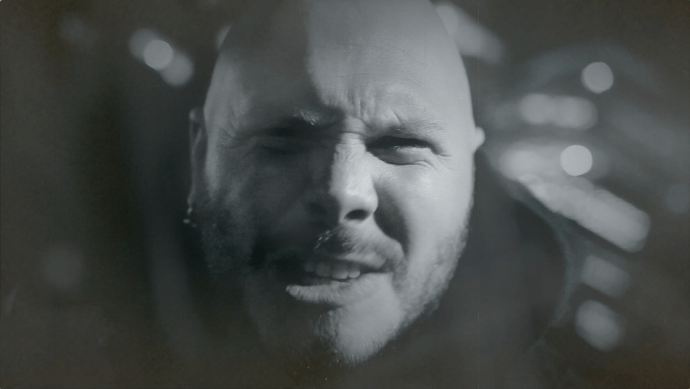 Yesterday Soilwork also gave us a new video, for a song called “Enemies In Fidelity” from their new album The Ride Majestic. This is one of the songs that our man Andy Synn, in his review, thought lacking in an album that he found mostly quite lovable. The video was directed by Hannah Verbeuren and features footage from the band’s recent visit to New York City. It premiered, of all places, at Yahoo! Music.

Yesterday Ghost also released a new video, this one for “From the Pinnacle To the Pit”, off the band’s latest album Meliora. The video was directed by Zev Deans, with animation by Madeline Quinn. The video also closes with a final shot inspired by the artwork of Zbyszek Bielak. Great song, and the video is fun to watch.

And finally, to finish this little collection, we have a song by Deafheaven called “Come Back” from their album New Bermuda, which will be released on October 2. It has its buzzing, blasting, howling moments — in fact, quite a lot of them at the beginning. And in the course of the storming, it also carries a slow, sweeping, sad melody.

When the storming breaks, the band shift to a combination of jabbing riffs and moaning chords, and eventually into a softer, drifting, beguiling guitar instrumental that makes up the song’s second half. I like the track. What do you think?