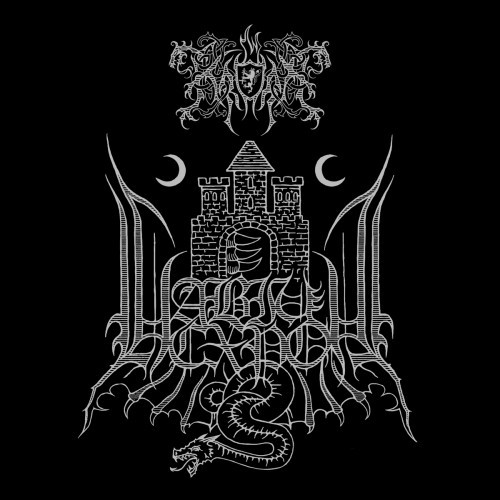 We wish all of you a glorious Samhain. It is the most metal of festival nights, the ancient day marking the end of the harvest season and the beginning of winter, a day for the remembrance of the dead, a day when the veil between this world and the realm of death is as thin as tissue, and for many the first day of a spiritual new year.

In our den of thieves there was some loose talk about compiling a Halloween play list for the site, but this talk came to naught. It matters not, because we have something better. We have a stream of the new album by HelCarpathian Kroda, just released via Bandcamp on this blessed day — and like nothing you’ve heard from Kroda before.

I’m only human. When I have intensely strong feelings for the past creations of an artist, I tend to be predisposed to admire whatever comes next, to the point of overlooking flaws and focusing on the gifts when necessary. But most of the music on this new Kroda album, Navij Skhron, turned my expectations upside down, as if someone erased almost everything familiar on the chalkboard and began writing a new verse.

The first six tracks on the album consist of ambient music, created by Kroda in collaboration with Crin, keyboardist of the Ukrainian band Reusmarkt. No riffs, no vocals, and only intermittent rhythms. The last three songs are black metal, each different from the others but all still different in some ways from the pulse of Kroda’s past music, including an electrifying cover of a song by Kroda’s countrymen Nokturnal Mortum. 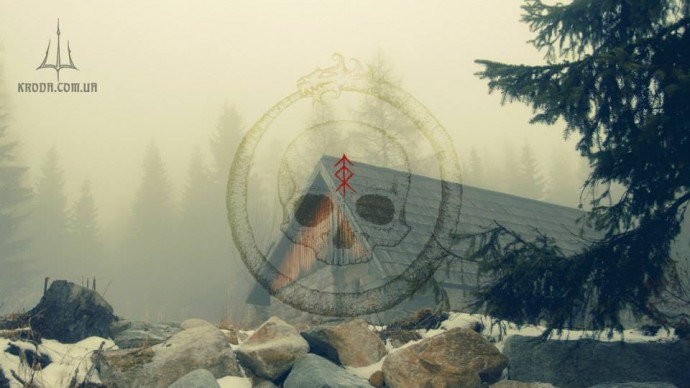 The name of this album is the same as a song on Kroda’s last album GinnungaGap-GinnungaGaldr-GinnungaKaos, released earlier this year (and reviewed here). That song was a grim, mid-paced, atmospheric piece with a bleak, sweeping melody, which also included rapidly jabbing riffs and Kroda’s distinctively agonized vocals. In a way, you could think of the six ambient pieces on this new album as an elaboration on the lyrical motifs of that previous song — which referred to haunted domains, devil’s cliffs in the Carpathian highlands, the black sun of the dead, the ruins of castles, the whisper of branches, spells sung by night winds, the dragon’s banner in a starless sky.

Above all else, the ambient tracks are ghostly and chilling, with a frequent backdrop of shimmering cosmic waves, ominous droning tones, and eerie electronic sounds — a perfect soundtrack for Samhain. Some of the tracks flow into each other, and you could indeed listen to them as movements in a single piece — an extended meditation on the encroachment of winter and the imminence of death. 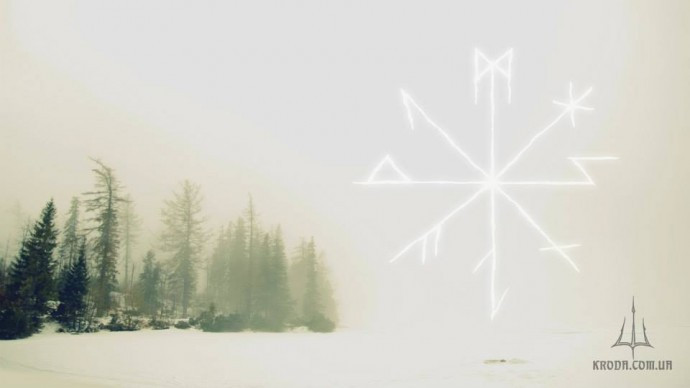 There are simple, spare melodies in these tracks, coming and going like wraiths. Most of them are voiced by one of Kroda’s familiar instruments, the flute (often altered by effects that vary the sound from shrill, piercing, and discordant, to slow, reverberating, and beautiful). At other times, the music’s simple but penetrating melodies take the form of repeating sequences of piano notes (my favorite of these motifs appears in “Reusmarkt’s Mist”). Sometimes (as in “…Pale Chalk ‘n’ Dark Coffin…”) the two instruments are used together to create an atmosphere of solemn, despondent meditativeness.

There’s an almost symphonic air to parts of “Thousand Eyes of Celestial Sisters”, and that song also features the warlike rhythmic pounding of a bass drum, while “Possessed” melds hypnotic electronic tones with a recording of something that could be an exorcism — the sound of a man insistently speaking and a woman shrieking as if being tortured to death.

These first six tracks are interesting to listen to closely, because of the way in which layers are added to and subtracted from the music — and because lurking within them are moments of solemn, sorrowful beauty. But make no mistake — the overarching atmosphere is cold, eerie, and supernatural. People listening to them will imagine different things; I thought of losing my way at night in a mountain forest and entering a world inhabited by phantasms. 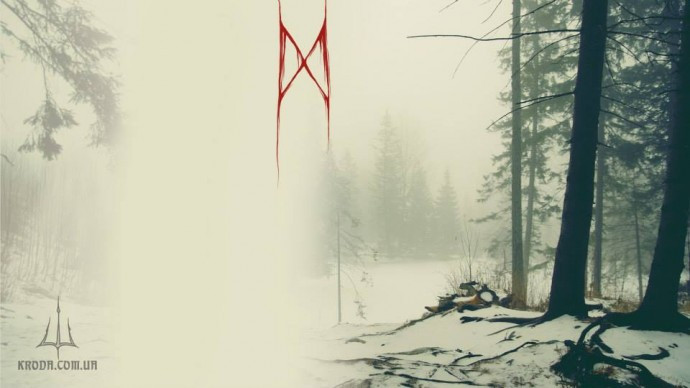 The final three tracks take us back closer to more familiar Kroda territory, though each of the three tracks has a style different from the others as well as from much of what Kroda has recorded in the past. (They’re unified, in a way, by the sound of flowing water at the end of the first two songs and by a blast of rolling thunder at the end of the last one.)

“Necrotrans” is bleak, melancholy, and memorable — in the style of depressive black metal. It features clean male vocals in a duet with those strangled, agonizing, abrasive shrieks that are such a distinctive part of Kroda’s sound, along with a high, piercing guitar melody that’s intense and moving.

“Color of Ancient’s Culture”switches gears — first linking arms with the atmosphere of the first six tracks in its use of ambient keyboards, acoustic guitar, and flute, and then transforming into music that’s heart-swelling, warlike, and epic. With galloping, tumbling drums, the triumphant sweep of symphonic keyboards overhead, and jabbing power riffs, the song gets your blood racing.

To close the album, Kroda takes on a cover of a Nokturnal Mortum song called “од Знамёнами Рогатого Князя (Under the Banners of Horned Knjaz)”. There’s a bit of symphonic sweep in the track along with another appearance of the flute, but this is first and foremost a frenzied and furious song, boiling with black thrashing riffs and some truly deranged, blood-curdling vocal intensity. Yet as ferocious as it is, it includes some melodic hooks that will get stuck in your head, too.

All three of these black metal tracks are well worth hearing and having, and they display the versatility of Kroda’s talents. Yet they feel almost tacked-on, like bonus tracks added to what really is the heart of this album — those six deeply atmospheric  ambient pieces at the beginning. It took a while for those ambient tracks to grow on me — it’s not the kind of music I listen to very often. But the more I’ve settled into them, the more they’ve settled into me.

This album won’t displace Kroda records like Schwarzpfad and Cry To Me, River… in my affections, but it’s a fascinating listen and I’m glad Kroda made it. And as the night of Samhain draws closer here in the U.S., it’s a very fitting gift for the season.

Navij Skhron can be streamed and downloaded via the Bandcamp link below. It can be ordered on digipack CD along with a shirt from Purity Through Fire via the second link below.