(Our old friend and steadfast NCS supporter Vonlughlio has once again prepared his year-end list of albums, but first shares with us this list of his favorite EPs from 2015.)

First of all I want to start by thanking Islander for letting me do my end-of-year lists. Last year, for the first time I made my list of favorite albums up to 50, plus made a list of my favorite EPs and Honorable Mentions. This year I’m going to divide my year-end list into two posts. This first one will have my top 15 EPs and mentions of some of the places where I find new music. The second one will have my top 50 albums with the Honorable Mentions (when I’m done with that clusterfuck of a list  – J).

So, to give you an idea of my year, let’s just say that it has been more Brutal than others. Some might like my list, others will hate it, but I’m doing this for me and the bands I like. 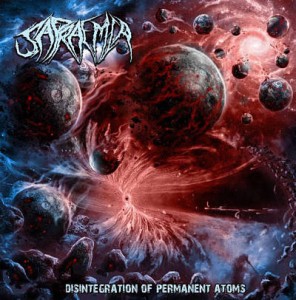 This band I found looking through Bandcamp, and I’ve got to say I love how they mix the technical with the brutal elements. Once I heard the EP, it was really the only thing I listened to for a couple of days. 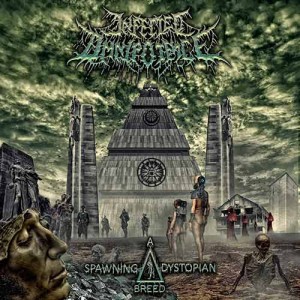 This is a band dear to me since it’s from my country, the Dominican Republic. I know the struggle of a local metal band seems endless, especially in a country where meringue, salsa, reguetton, pop, and bachata are most popular. Regardless, they have made it their mission to put out music, and I love how they have progressed as a band, with killer riffs, vicious vocals, and amazing drumming. I still believe they can grow and get better, but from what they have already released, they are sure evolving. This EP is great and I can’t wait to see what these guys do next. 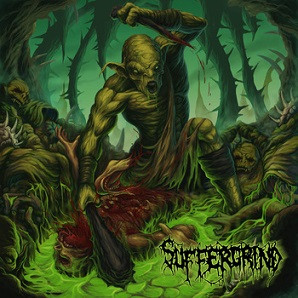 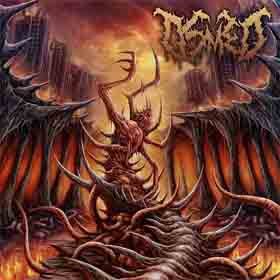 Ah. Indonesia a great country that has one of the best Brutal Death Metal Scenes. These two EPs are just astonishing displays of blast beats, amazing guitar and bass, and great vocals that just fit perfectly with the music. I honestly can’t wait for both bands to release full-lengths. 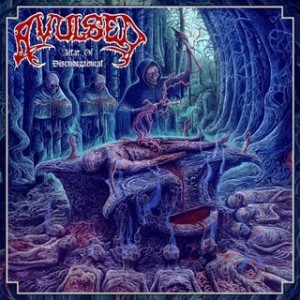 One amazing band from Spain, with over 20 years in the scene, unleashed this killer EP that just blew me away. Great Death Metal!!! I only wish it was a full-length, but other than that this is one band that should get more recognition. Love the production, guitar, bass tone, excellent drumming, and of course one of the aspects I enjoyed even more is the delivery of the vocals — really precise and vicious as always. 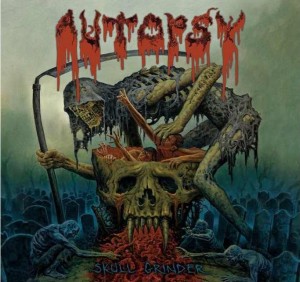 In my opinion this legendary Death Metal band can do no wrong, and this EP is just further proof of that. With age they seem to get better and better. After listening to it, I went and listened to all their albums, and nope, not one bad release in my opinion. Just great musicianship as always — and those damn vocals!!! Hot damn. 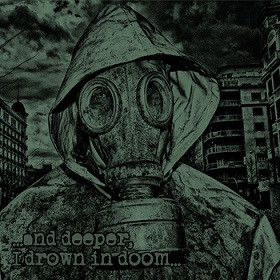 10. Mindful of Pripyat – And Deeper I Drown in Doom

This is the other band from Tya, the vocalist of Italy’s Antropofagus. While his other band is Brutal Death Metal, this is grind, and they’ve released my favorite grind EP of 2015. If this had been a full-length, it would have made it to my top 50 albums with no doubt in my mind. Fucking vicious from start to finish, and his vocal delivery is spot-on; I love how different it sounds for this type of genre. The man is talented. I have high hopes for this band in the future. 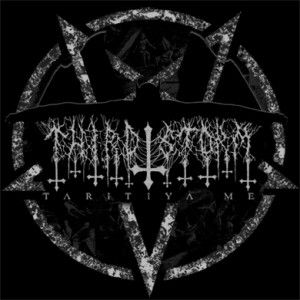 This is a band I found by checking Dark Descent’s Bandcamp page. They are from Sweden and formed back in 1986 (you can read their story at the DDR Bandcamp page). This black metal band took me by surprise with this EP, which consists of two songs that are above the 12-minute range. I mention this because at times when you have a song of that length it can get boring at moments, but that was not the case with this release. Great vocals and the riffs are fantastic and very diverse, two aspects that I liked very much.   Great expectations for their full-length. 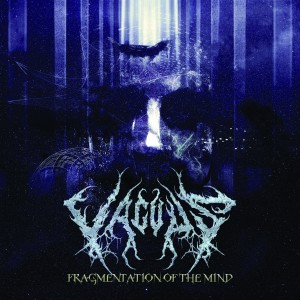 8. Vacuus – Fragmentation of the Mind

This project is from my friend Sasha, a very talented guitar player who just released this great EP, with talents such as Lille Gruber, Kevin Talley, Paolo Mannuizz, and Eli Slamang also playing on this release. Some might say it is technical (and there are bits of that here and there), but I felt it was more progressive oriented. Loved the structure of the songs, the guitar, and the drumming and found that the vocals go hand-in-hand with the music. 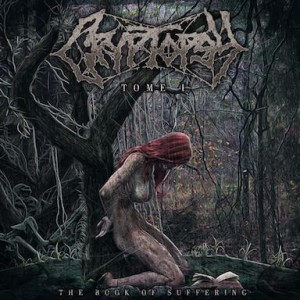 7. Cryptopsy – The Book of Suffering-Tome I

This band has had issues in the past (not going to get into that now), but with their 2012 self-titled album I thought they made a great comeback. Sure, not their best work, but I enjoyed it very much. Now flash-forward to 2015 and they release this EP, for which, to be honest, I did not have high hopes. Well, if the band ever read this, thank you for proving me wrong.

This EP is just fucking amazing from start to finish. Great drumming by one of the best!!!! Flo is a beast!!! Love the guitar riffs and bass, how you can listen to them clearly and appreciate their diversity. As for the vocals, well, I always thought Matt was a great frontman and this is by far the best he has done with Crytopsy, just fucking unbelievable the energy this dude has in his voice. 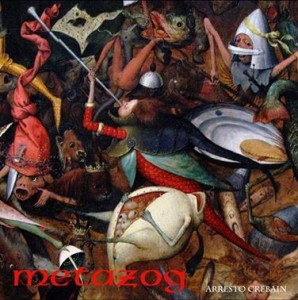 This band, which consists only of Mr. Krauss, who plays everything, I found out about thanks to Sick Reviews. I then proceeded to listen to one song — and ordered the EP. Mr. Krauss has a vision for what he wants for Brutal Death Metal, and the execution in this EP is flawless. I can’t wait to see what he does next. 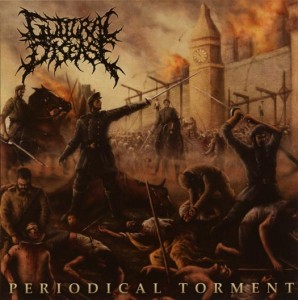 This band I found through my friend Mr. Mottillo. So I decided to check them out, and now they are in this position. Extraordinary musicianship in this EP — precise drumming, I love the bass tone, and the vocals and guitar riffs are diverse and are my favorite part of this release. 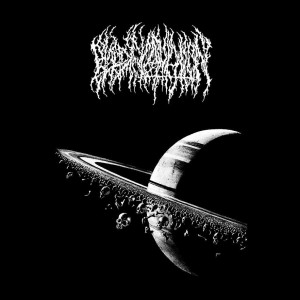 Another great band that I found out about by looking through the DDR Bandcamp page. Death metal played flawlessly, with great guitar work, excellent vocals, and wonderful bass and drumming. I also liked the overall production of this EP. This aspect, along with the cover and the music, just makes it clear what the band want to deliver, and I fucking love it. Hoping for the release of their debut album soon. 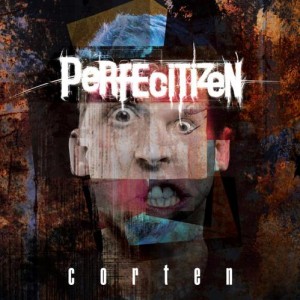 A band from Prague that I just found about this year thanks to my friend Andrew. They released their full-length in 2013, and I got it along with their new EP. They play Brutal Death metal with grindcore elements and do it rather well. The vocalist is a beast and his delivery goes well with the structure of the songs and can change the style easily, giving more life to the music. The guitar work is mind-blowing, riff after riff. The drumming is my favorite part of all their releases, just crushing blast beast after blast beast. 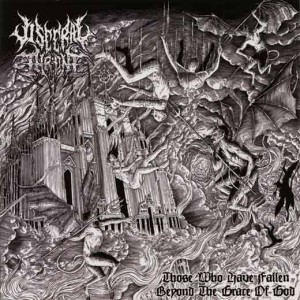 2. Visceral Throne – Those Who Have Fallen Beyond the Grace of God

I loved this band’s debut album and have been waiting for new music for a long time. This year they released this EP, and from the first listen I loved everything about it, from the snare of the drums to the guitar and bass work and those powerful vocals. I honestly wished it was a full album, dammit. These guys are talented as hell, and I hope they make more music soon. 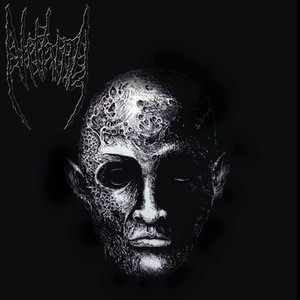 This is the solo project of Mr. Kilner, drummer of the BDM band Iniquitous Deeds. He plays everything in this release, and the man is pure talent — he has delivered the best BDM EP of 2015. An instant classic in the genre; for those who might mock my words, in a couple of years you will see this EP selling for a lot of money at eBay and Discogs (like other great bands such as Liturgy, Brodequin, Orchidectomy, etc). This is my favorite EP, and I hope to see a debut album soon

In continuation, I now want to name some of my favorite places where I frequently go to read reviews. Thanks to them, I have discovered great bands through the years.

Always greatful for Islander letting me share some of the music year after year and to him and the other writers for sharing great music and letting me find great bands in different genres. I salute you all for your continuous efforts at NCS.

I’ve been  religiously following this reviewer’s work for a long time and have great respect for his work, dedication and love for Death Metal. Thanks to him I found out a lot of great bands (Too long list to mention) and some that have become my all time favorites. He takes the time to prepare for each reviews and it shows, the man knows his death metal.   Also, like that he doesn’t stick with one genre, a lot of diversity in the material he reviews. So if you haven’t subscribed to his channel, please go and do so.

Mr. Sick, the man behind Sick Reviews (with whom I did a small interview a while back), is one of the main reasons that Brutal Death metal has become one of my favorite genres (though I liked the genre before). His passion for this type of music is unbelievable. His reviews have a lot of “fucking” and “shit’s”, but beneath the foul language there is substance, and he is pretty much spot-on when reviewing an album. I have had various discussion with him and disagreements, but he knows BDM like no other.

A FB page run my my friend Jesse, that basically shares death metal music. Thanks to him, I’ve found some bands that I never heard before and I like how he does a small review of the music he shares. For someone who is fairly young, he has a great knowledge of music, and I have learned from him just talking music. He’s very passionate about music and supporting the bands and always wants to do more for his local scene — and is doing so by being part of the team getting next year’s Chicago Domination Fest going.

A great site based out of Spain, run by Mr. Pernia (vocalist of Virulency). I love that they review different genres, and how those reviews are written, alone with the interviews and news they share. It’s a great platform to see what is going on in different scenes from around the globe.

I basically discovered this thanks to my friend Fran. He writes reviews and interviews for them. He is very passionate about BDM and his reviews are detailed, as he tries to explore every aspect of the album he is reviewing. Also, his interviews are very interesting to read and never repeat themselves.