And so it begins, the last piece of our year-end LISTMANIA extravaganza: For the seventh year in a row, I present my list of the year’s “most infectious extreme metal songs”. As I’ve done in the past, my goal is to roll out this list gradually, with one installment per day (including weekends and holidays) until I’m finished, and usually with two songs in each installment. This is a goal, not a promise, because life is too damned unpredictable.

I will add that, as in most other years, I’m starting the rollout before actually finishing the list. Because it’s a work in progress, I don’t know how long it will be. My goal (not a promise) is to finish it before the end of January. To be clear, this is an unranked list; there’s no rhyme or reason to the order in which I’m announcing the songs.

To get a running start, I’m including three songs instead of two in each of the first five installments of the series, and these groupings aren’t random; they may not make sense to anyone but me, but I have my reasons for putting them together as I have.

Okay, let’s get started — and if you don’t know what I mean by “most infectious songs”, go HERE for an explanation.

Well, I just said there is no rhyme or reason to the order in which I’m rolling out the songs on this list, but that’s not entirely true. “Zero Gravity” epitomizes so much of what makes heavy music emotionally powerful, inspiring, and addictive that it seemed like a really good choice for the first song — and not just because of the music: Wolfheart’s video for the song is also fucking epic. (Don’t worry, I do intend to flagellate myself mercilessly for using that four-letter word, but that’s kind of the theme for these first three tracks).

There were other songs on Wolfheart’s 2015 album Shadow World that I easily could have chosen for this list, but hell, this video put “Zero Gravity” over the top.

In keeping with the overall “epicness” theme of this post, the next song on the list is “Echoes“, drawn from the wonderful 2015 album Singularity by the Swedish/French two-man band Enshine. This makes the second year in which I’ve chosen an Enshine song for this list, following the appearance of “Ambivalence” in 2013 (from their debut album Origin).

As in the case of Wolfheart’s album, Singularity was the source of multiple songs I could have included on this list, including one that we premiered in September (“Adrift”). But I whole-heartedly agree with my comrade DGR, who in his review of Singularity called “Echoes” “spectacular” and a “show-stopper”. 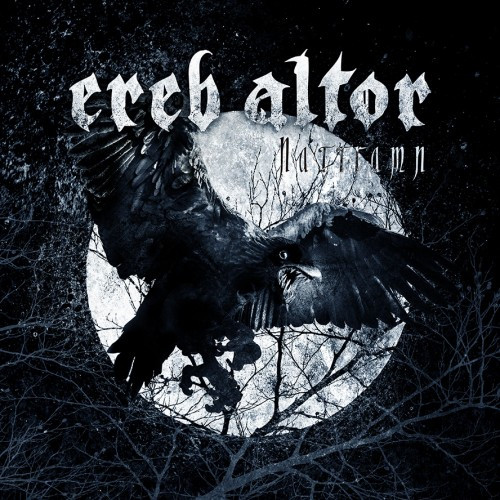 Despite the name of our site, we do make Exceptions to the Rule for exceptional songs, and “Midsommarblot” is most definitely one of those. In fact, the vocals of Crister Olsson (“Mats”) (interviewed here for us earlier this year by Comrade Aleks) are a huge part of why this song is so powerfully infectious.

“Midsommarblot” comes from Ereb Altor’s excellent 2015 album Nattramn. I latched onto the song back in April when it was released as a video in advance of the album’s release, writing then: “The song is stately, powerful, and compelling, juxtaposing massive, gloomy riffs with soaring vocals in a chorus that will not easily come unstuck from your mind.” Here we are at the end of the year, and in my mind the song has still not come unstuck. I really doubt that it ever will.