Today another new track from Rotting Christ’s forthcoming album Rituals premiered at 11 music sites around the world (though none are based in North America). The name of the song is “זה נגמר (Ze Nigmar)” (an Aramaic phrase meaning “it’s done”), and because the premiere took the form of a YouTube stream, I’ve taken the liberty of embedding it below.

I’ve been a fan of this band for so long, and have been so consistently impressed with the course of their musical evolution, that I have difficulty being objective about their music. Having said that, this new song is a potent piece of black art. Grim and grand, huge and heavy, it proceeds at the pace of a ritualistic procession, with choral voices mixed with harsh cries. The smoldering embers of incense begin to burn more intensely as the song proceeds, but the atmosphere of this song remains one of occult menace and majesty.

Rituals will be released by Season of Mist on February 12. Pre-order here. Two other tracks from the album have previously premiered, and I’ve added streams of those below this new one in case you missed them.

Värähtelijä is the name of the new album by the Finnish band Oranssi Pazuzu. It’s due for release on February 26 by 20 Buck Spin in North America and Svart Records in Europe. The band’s first album Valonielu was fascinating, and I’ve been curious to hear what this new one will bring — and now we have a sample, because a song called “Hypnotisoitu Viharukous” has appeared on Bandcamp (it seems to have premiered about a week ago).

This is a band who delight in following their own twisted course. This new track is discordant and alien in its guitar and keyboard machinations and crazed in its vocal vituperation, but the combined bass-and-drum rhythms are damned catchy. You’ll probably catch your head nodding, while the brain inside it gradually scrambles under the influence of these radioactive off-world emanations. 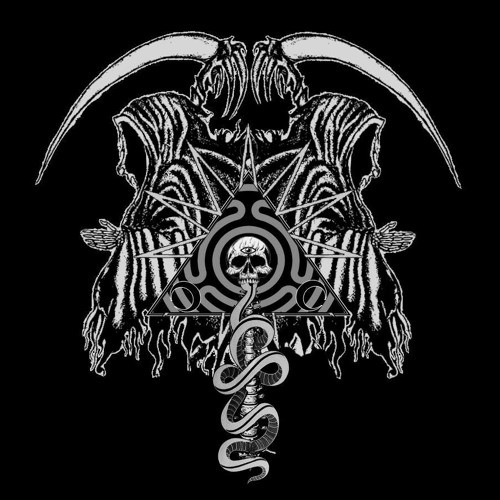 The last song in this unplanned post is a track called “Piercing the Cervix of Nehemah” from the debut EP of a Bangladeshi band named Serpent Spells. The EP — Mantras Within Ascending Fire — doesn’t have an official release date that I’ve seen, but it will be out via the Polish label Godz Ov War Productions, who know a good thing when they hear it.

At first, the instrumental work in this song is fast — damned fast. The hornet-swarm riffs and machine-gun drum munitions go at the speed of feeding bats, with a booming bass rhythm that keeps things well-anchored. The music slows, lurches, and rocks out for a while, and then the afterburners kick in and Serpent Spells start flying again in a frenzy of wild, thrashing mayhem. It’s a pure adrenaline injection — and as icing on the cake, they inject a seductive pulsing melody and an exotic guitar solo into the torrential savagery, and finish with a sequence of grim riffs that ooze poison. Very cool.