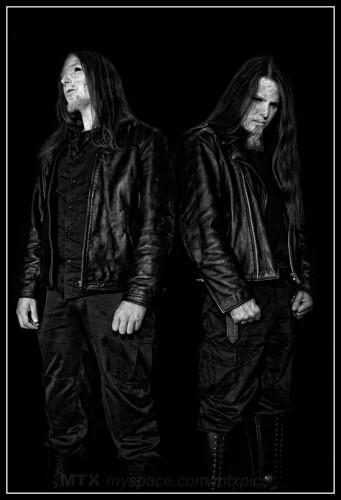 It is related to the 6th trumpet, the second woe.

Although the band started back in 2007, De Praestigiis Angelorum is your first full-length album. Why did it take so long to release it?

Because when you invest yourself into something above musicianship, you invest your life. It took so long as I wanted to be sure to leave something behind me that I would be proud of. It is part of my legacy and it was very important to me to release something honest. And let me tell you, being honest to yourself is not that easy. 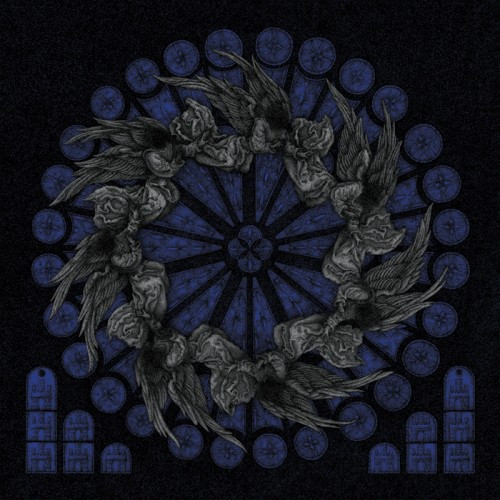 I’m pretty excited about the album, so I’d like to know how was the songwriting process for it.

Wow, I’m not even sure if I still remember this! It took so long, but most of the time I work first on the whole concept, and then I start composing for a track, one at a time. Then I re-adapt the music to the lyrics. I’ve never changed a word to be sure it will fit to the music. So, how it was? Very painful.

What I like the most about VI is how the band combines the more extreme passages of the music with a very clear sound and a very particular sense of melody. What would you say are the influences for the band’s music?

That duality between those extremely violent moments and the brighter ones sounds like my personal life.

Is there any concept running through De Praestigiis?

The concept that links those two in De Praestigiis is based on the fact that we won’t give glory at all.

Are you guys planning to take VI to the live situation or is this just a studio project?

VI is and will remain a Studio project.

What would you say is the main difference between VI and Aosoth/Antaeus?

Band members and studio recording are the only things you can attach to these bands. What remains is totally different. You have to understand that every band is lead by different men with their own way to compose, to express themselves.

Are there any plans to keep VI as a full-time band?

No, no plan yet. I think it is time for me to think about something else for a while. All that process has been very painful to me. I feel glad I finally sorted myself from this. We will see what the future will bring, but for now on, I need some rest and to breathe peacefully.

France’s black metal scene has spawned very interesting bands through the years, like Deathspell Omega, Aosoth, Blut Aus Nord, or even Alcest. Being someone who’s part of the scene, how do you see the development it has had during recent years?

I am very proud of our scene (apart from Alcest, I mean… man? Seriously? hehe) and I think we get better and better year after year, following the decadence of our own country. The worst it will turn, the best our music will be. And this is just the beginning.

What would you say are the best aspects of French black metal? Do you keep track of your fellow comrades’ work?

We are a violent country with pretty sick minds. Our music easily relates to how we feel. So, thanks to this. And yes, of course, every Time a French band close to our area and our circle of friends releases something, we put our ears on it. By the way, the new Temple of Baal album is a beast, as is the new the new Order of Apollyon.

Now that you’ve been through the period of writing, rehearsing, and recording the album, what do you think about it?

I feel accomplished, that is all that matters. I have no plans now. I may record a new song if I feel the braveness is still here.

2 Responses to “AN NCS INTERVIEW: VI — THE FRENCH TRUMPET OF ARMAGEDDON”