Although I didn’t know it at the time, I first learned of Marcel Polit through his starring role in an excellent video for the song “Notion” by Poland’s Vesania that we premiered in December — which you can and should watch HERE. It turns out that Polit is a musician, too, and he has recorded a debut album with Dariusz ‘Daray’ Brzozowski (Vesania, Dimmu Borgir, ex-Vader). The name of this project is Yliaster, and the album is Soliloquy.

The first single from the album, “Nox”, was released for listening on February 12, and I’m quite taken with it. The music is dark, dire, and dramatic, mixing tension-ratcheting vibratory riffs with hard-punching chords and an unsettling melody that flows through the song like a river of ichor. Perhaps needless to say, the drumming is excellent, and Polit’s high howls are acidic enough to raise blisters on the flesh. 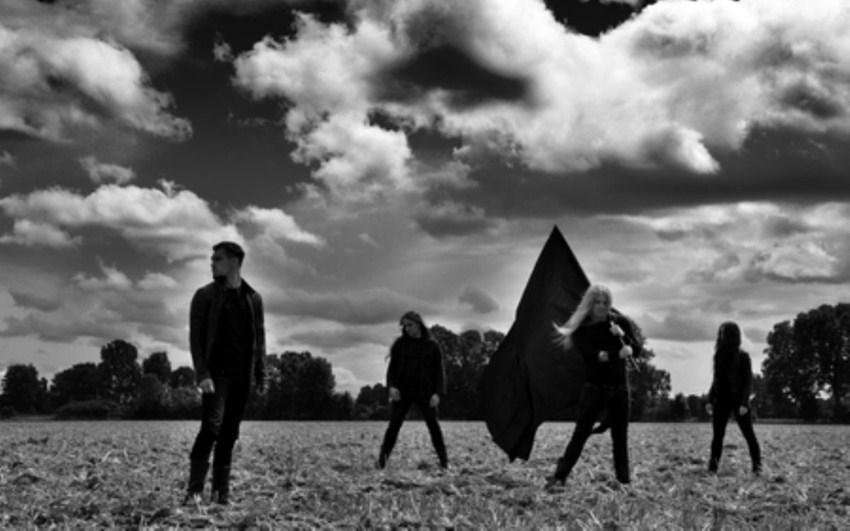 SECRETS OF THE MOON

Today, Germany’s Secrets of the Moon premiered a video for the song “Man Behind the Sun”, from their 2015 album Sun (reviewed by Andy Synn here). Vocalist/guitarist sG has commented the song in this way:

“The lyrics deal with the inner conscience, experiences you have done, things you want to shake off until you realize that they have become an engaging part of you existence. What would you be without the foul deeds and manners you have done in life?”

And Andy wrote this about the song in his review:

““Man Behind The Sun” still conjures the same doomy, blackened Alice In Chains/Soundgarden vibes as it did the first time I heard it performed live at Inferno Festival earlier this year, but now it’s possible to really appreciate the balance between the thickly coiled, thrumming bass lines and restrained-yet-potent riff work, and the subtle, melancholy guitar melodies and soaring, Stayley/Cantrell-style vocal harmonies that make the song such a darkly hypnotic pleasure to listen to (and make it one of my definite favourites off the album as a whole).”

The video was filmed and produced by Philipp Hirsch and stars Gerd Lehmann and Daniel Windisch. It’s a beautiful, dark work of art in its own right. 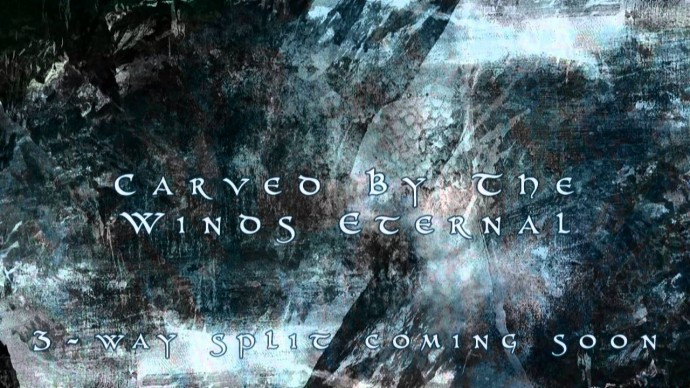 Lord Impaler from the northwest mountains of Greece (a band we’ve covered here before) are participating in a new three-way split release with two other Greek bands, Hell Poemer and Dizziness. The name of the split is Carved By the Winds Eternal, and it’s planned for a late March/April release on CD and tape (the actual release date will be announced soon). Lord Impaler recently uploaded to YouTube one of their two tracks from the split, an original song called “A Fire That Burns”.

The song does indeed burn with fiery intensity, driven by attention-grabbing drumwork, seething riffs, and inflamed vocal tirades. Yet the song is also atmospheric and mesmerizing, with a brooding indigo melody that seeps into the skin like a narcotic poison. 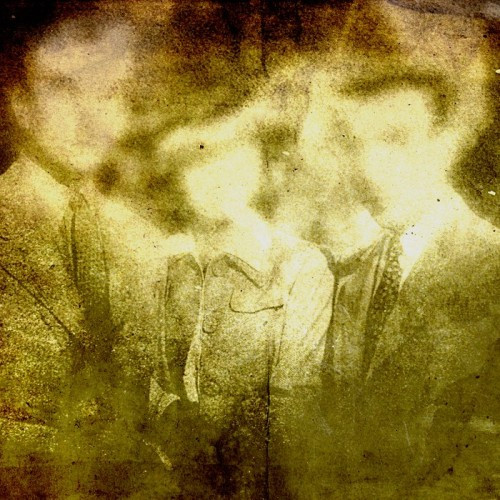 AN AUTUMN FOR CRIPPLED CHILDREN

In December 2013, guest writer Alan Mower compiled a list of relatively recent albums bidding for the throne of winter. One of those was a 2010 album named Lost by the Dutch trio An Autumn For Crippled Children. In summing up the album, he wrote this:

“As far as ‘atmospheric black metal’ goes, you will be hard-pressed to find a better band than this Dutch trio. Bringing melody lines to the forefront and building them up, just to dash them against the ice and watch the life drain out, the juxtaposition of innocence and maturity aptly fits the first lazy snow fall serenely proclaiming that death has come.”

There have been many releases since Lost, but the band now have a new album in the works, with the title of Eternal. So far, two songs from the album are available for streaming, the most recent of which appeared over the weekend (and thanks to Andy Synn for tipping me to it). The name of the newest song is “Swallowed by Night’s Despair”. The song that appeared earlier is “I Will Never Let You Die”.

Despite the searing, throat-flaying vocal intensity, an argument could be made that these songs are more rock than metal. But I confess that I’ve quickly become entranced by the compelling rhythms and the sweeping, emotionally affecting melodies. “Swallowed” is more hard-driving; “I Will Never Let You Die” is more dreamlike (though the intensity builds); both are very good.

While on the subject of AAFCC, I’ll mention that they released a two-track EP named Portugal on Bandcamp in December. I’m including that stream below as well, because it’s also well worth hearing. 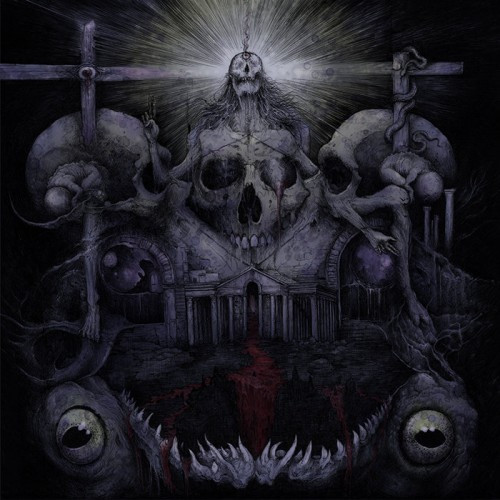 According to Metal-Archives, the Chilean death metal band Godless have been active since 1997, though so far they’ve released only one album (in 2010), along with a small number of shorter releases. Their latest offering (which features truly wonderful cover art) is a four-track EP named Sic Luceat Vacuum Nostrum, which was finally released on February 22 on vinyl by Me Saco Un Ojo Records. Thanks to a tip from my friend “M”, I learned that the opening song, “Onto-Thanatos: Horror Vacui”, can now be heard on Bandcamp (though I later discovered that it has been up on Soundcloud for more than a year).

This monstrous song has the capacity to hammer your head into paste, and the terrifying vocals may put the hair up on the back of your neck. Great riffs, thunderbolt drumming, electrifying leads, an astute sense of dynamic pacing, and an overarching air of predatory evil make this a standout track.

For further information about this new EP, visit these pages: 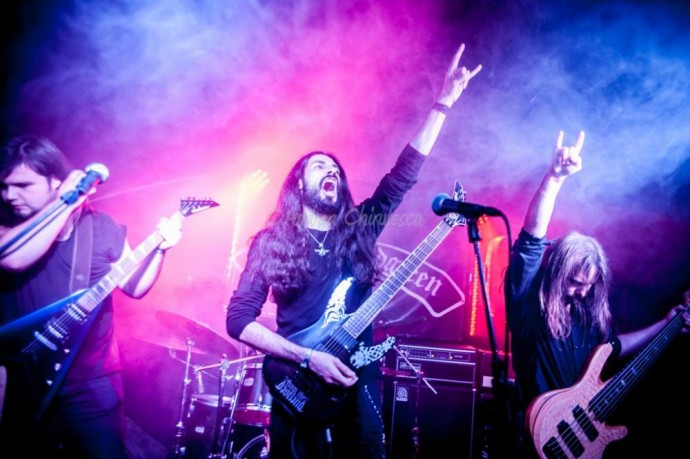 From the Vastland began life as the one-man project of an Iranian multi-instrumentalist known as Sina, following the end of his involvement in the prolific Iranian black metal band Sorg Innkallelse. From the Vastland’s debut album, Darkness vs Light, The Perpetual Battle, was released in 2011. That was followed by Kamarikan in 2013 (which we reviewed here), and then by 2014’s Temple of Daevas, where he was joined in the recording by a stellar line-up of other musicians, and finally by the Blackhearts EP in 2015.

Sina is now working on a new album, and this time the drum tracks are being laid down by Kevin “Spektre” Kvåle (Horizon Ablaze, Harm). We’re anxious to hear this new work. For now, what we have is this small slice of the drum recording:

Studio report #2: No need to explain. Just watch it..!

8 Responses to “SHADES OF BLACK: YLIASTER, SECRETS OF THE MOON, LORD IMPALER, AN AUTUMN FOR CRIPPLED CHILDREN, GODLESS, FROM THE VASTLAND”