Rotting Christ delivered a new lyric video yesterday for the song “Les Litanies de Satan“, which includes guest vocals from Vorph’s frontman Samael dramatically reciting (in French) excerpts from Charles Baudelaire’s poem of the same name (from the volume of poetry entitled Les Fleurs du Mal), which inspired the song. The track, which appears on the band’s latest album Rituals (reviewed here), is a majestic, surging hymn to the fallen angel, and the video is interesting to watch as well.

After the video I thought I would include a translation of the entire poem, and I chose Edna St. Vincent Millay’s 1936 translation from this source (which includes other translations of the poem).

The Litanies of Satan

Glory and praise to thee, Satan, in the most high,
Where thou didst reign; and in deep hell’s obscurity,
Where, manacled, thou broodest long! O silent power,
Grant that my soul be near to thee in thy great hour,
When, like a living Temple, victorious bough on bough,
Shall rise the Tree of Knowledge, whose roots are in thy brow!

Many of you will recognize “The Accuser” as the name of Abigail Williams’ excellent 2015 album, which received much attention and praise at our putrid site. But it is also the name of a new project formed by Abigail Williams’ principal creative force, Ken Sorceron. Today we can share with you the news that The Accuser has signed with Finland’s Blood Music for the release of a debut album — and we can also share with you the premiere of an as-yet untitled advance track. Here is Blood Music’s announcement of the signing:

This eerie, raw, psychedelic black metal band explores the inner reaches of the human psyche and is currently in production stages on its debut album.

Spiritually reminiscent of bands such as Oranssi Pazuzu and Leviathan, the project was borne out of years of production experimentation by Ken Sorceron (Abigail Williams, Lord Mantis).

Over the course of several years, Sorceron has become the main vinyl mastering engineer for Blood Music’s releases, including everything from Perturbator to Ensiferum.

And as Abigail Williams has been Sorceron’s main outlet for experimenting with different extreme production styles, the band’s latest album (The Accuser) proved the project had fully come into its own. Garnering fantastic reviews from most metal publications, we felt that Sorceron’s material had hit an incredible stride that should be delved into much further.

The Accuser was conceived to mine the depths of the struggle between man and his inner universe. The plan is to explore that hole and continue going down, as deep as it will allow.

That description of the music as “eerie, raw, psychedelic black metal” is quite accurate. The new song is tremendously dark, heavier than a coffin made of lead, and powerfully psychoactive. Sorceron‘s high, rasping shriek sounds otherworldly, and is matched in its unearthly fury by the slashing, twisting riffs and the swirling, poisonous fog of the ambient keyboard layering. Mike Heller’s drumming is also killer.

Both atmospheric and pulsing with the surge of adrenaline, the song is a gripping introduction to this new project. And while the music’s kinship to The Accuser can be detected, it’s also noticeably moving in different directions. Put this on your radar screen. 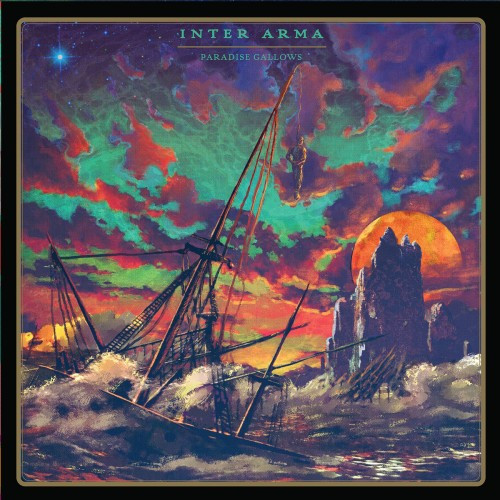 The album is described as a 71-minute opus that’s “a vibrant blend of doom, post-metal, sludge, avant-garde, black and death metal”, which includes both acoustic passages as well as the band’s first foray into clean vocals (gasp!).

“Transfiguration” is a riveting introduction to this new album. The huge tumbling drums and pulsating riff at the start of the song set the hook quickly. The heavy, moaning, groaning melody and ghastly roars that trade places with that urgent riffing feel like a quagmire sucking the listener into a suffocating pit. When the band step on the accelerator,  with an explosion of blasting drums, raking guitars, and terrifying shrieks, the contrast is sharp and striking. And when they eventually start hammering like a massive, slow-moving pile-driver, it’s enough to crack skulls and rupture spinal discs. Along the way, you can also hear the ghostly wails of a banshee. Amazing song!

The new album is available for pre-order here: 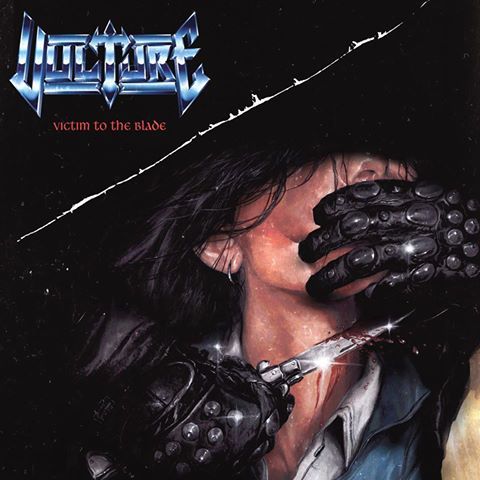 This next song isn’t quite as hot-off-the-presses as everything else in this round-up; it appeared on YouTube in the middle of March, but I just came upon it yesterday. It’s the title track to the debut release by a German band named Vulture that will be coming out on High Roller Records on June 17. 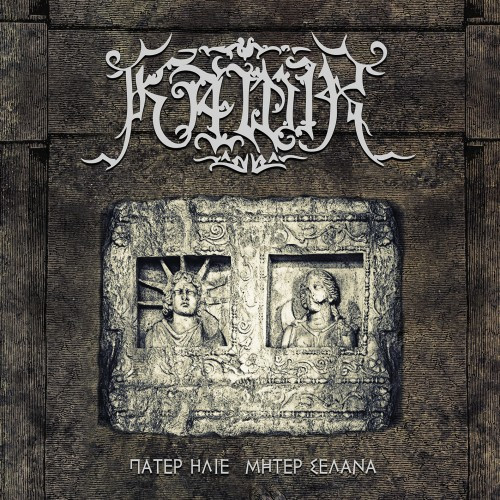 I began this collection with a new video by one of the original titans of Greek black metal, and I’m ending it with another, which coincidentally appeared yesterday as well.

At the end of February I picked two songs that were included on Kawir’s 1994 EP Eumenides plus one brand new song (“Dionysus”) from the band’s forthcoming album Father Sun, Mother Moon, for one of our Sunday Rearview Mirror posts (here). And yesterday Kawir premiered a video for yet another track from the new album, this one called “Hail To the Three Shaped Goddess”.

I confess that any metal song which begins with the sound of bagpipes is going to seduce me, but there are so many other appealing qualities to this song besides the integration of the pipes. It’s fiery and ferocious music, with riffs that alternately swarm, jab, and flicker; invigorating drum rhythms; thoroughly enraged vocals; and a dark, majestic melody that flows through the song and into the mind.

Father Sun, Mother Moon will be released on April 30 by Iron Bonehead Productions.