I’m late sharing this news, but the news is so exciting that I’m following the “better late than never” mantra. Last year’s Shadow Woods Metal Festival was a marvelous event by all accounts — including this account by our guest Captain Karbon. As I reported in February, organizer Mary Spiro and her team (who are joined by Baltimore’s Grimoire Records as co-producers this year) have been planning the second installment of this open-air camping metal party, which will run for three days in central Maryland: from Thursday, September 15th through Sunday, September 18th at Camp Hidden Valley, in White Hall, Maryland. They’ve been announcing performers since January, and now the complete line-up has been revealed — and it’s an eye-popper:

Tickets are available HERE. For more info, visit these locations: 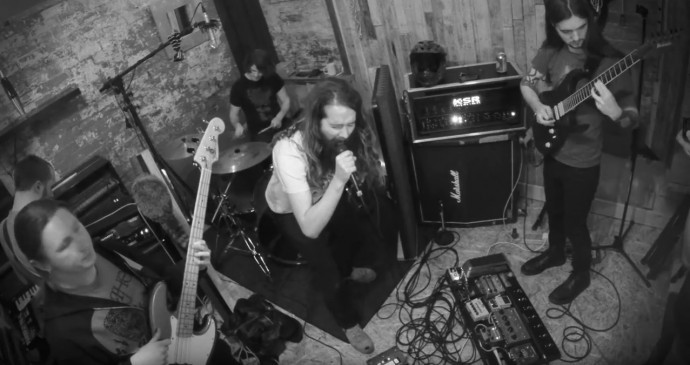 Despite the fact that I have ten videos asssembled at the end of this post, I started writing about this next one before later deciding to collect the other 10 in one place — and I’ve decided to keep it here, standing alone, with the words I originally scribbled after I first watched it.

The video simply shows Plague Rider performing a new song called “Without Organs” last month at First Avenue Studios, Heaton, Newcastle upon Tyne. The video originally premiered at Blank Slate Creative, which is also based in Newcastle upon Tyne, and if you go HERE you can also catch the audio of an interview of the band, which I thoroughly enjoyed — not least because the “Geordie” accent of these folks from the far northeast of England is so pleasing to my ears.

“Without Organs” is also quite pleasing to my ears, but in a very different way. The music (and the performance in the video — especially the vocal performance) is incredibly intense and mind-bending. The band have used phrases like “experimental death metal” and “controlled chaos” to describe their music, and you’ll see why when you listen to this song, which puts death metal, grind, and progressive metal into a blender (along with your brain) and punches the puree button. 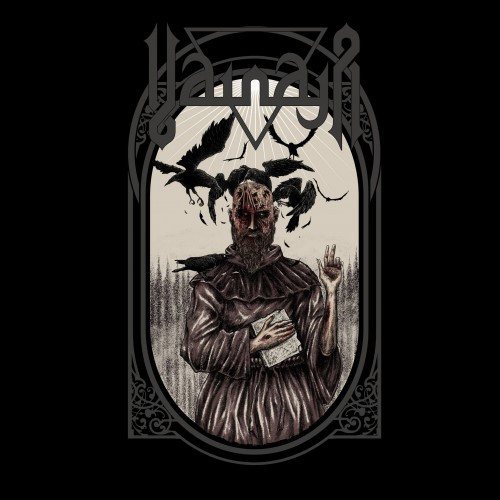 Almost exactly two years have passed since I briefly spilled some words about the Finnish band Vainaja and their then just-released album Kadotetut. Vainaja are now returning with their second album, Verenvalaja (“Blood Caster”), which is also the title of a book the band say was written by Wilhelm Waenaa, “a mystic figure of Finnish folklore” who “was one of the leading forces behind the 19th century cult of Vainaja spreading terror in rural Finland”.

Over the weekend, the band unveiled the first part of an 11-minute song named “Usva”, which consists of three parts in total. It’s a titanic doom/death crusher that’s haunting… and haunted.

Verenvalaja is due for release from Svart Records on May 20. 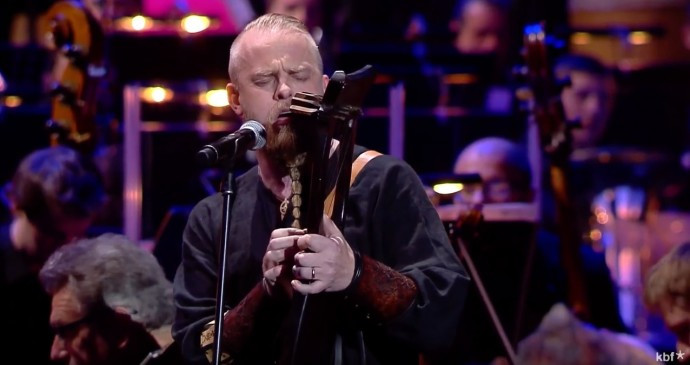 The following video is another I had decided to feature in this round-up before deciding to collect 10 more at the end, and I still think it deserves its own stand-alone position here. The video has been out in the world since December, but I just saw it — and it gave me chills.

What you’re about to see is a performance of composer Trevor Morris’ “Vikings Suite” at the International TV Series Gala during the eighth Krakow Film Music Festival in Poland on May 30, 2015. The music is performed by Sinfonietta Cracovia and the Polish Radio Choir, and was conducted by the composer himself. There are two soloists in the performance. One is Tina Guo, who performs on the electric cello.

The other soloist is Einar Selvik of Wardruna and Skuggsjá, who sings in the Norse language and plays the taglharpa. He is amazing.

At the end of March, I reviewed Bringer of Drought, the new album by Montreal’s Phobocosm. That was a rare occasion when we posted a review without any music from the album that we were able to stream. But last week Invisible Oranges premiered a track from the album named “Ordeal”, which is the shortest of the album’s four songs. As I attempted to describe it in my review, “It alternately rips and tears like a beast and methodically pounds its listeners into dust, with a dissonant lead guitar melody that moans like a wraith — and then vibrates like a bone saw. It’s a chilling and unearthly song, and like all four of these tracks, it also gets its hooks into your head.”

I encourage you to go over here and listen:

And now, here are those ten videos I promised. The first one from Abbath is a few weeks old, but I overlooked it until this weekend, and the rest have appeared more recently — all the way up to the Schammasch video which debuted this morning. Enjoy!