Yesterday the two bands released a video in which members of both groups joined together last fall for a live performance of that same song from the split (which they had earlier recorded together at Studio Neptunus). The performance occurred in an abandoned industrial factory and was filmed by Brynjar Snær Þrastarson and edited by him and Frosti Jon Rúnólfsson.

The black-and-white video is really well done, making great use of light and shadow as well as portraying the performance from lots of interesting angles and viewpoints. And the song itself is a dark, vibrant, and powerfully addictive rocker that ratchets the tension from start to finish and becomes fierce and cathartic by the end, with a great mix of vocals by Legend‘s Krummi Björgvinsson and of course Sólstafir‘s Addi Tryggvason.

You can grab a digital version of this joint recording by the two bands (as I have) via the first Bandcamp link below. That original Sólstafir–Legend split (which includes Legend‘s cover of the great “Fjara”, is also now on Bandcamp (see the second link below): 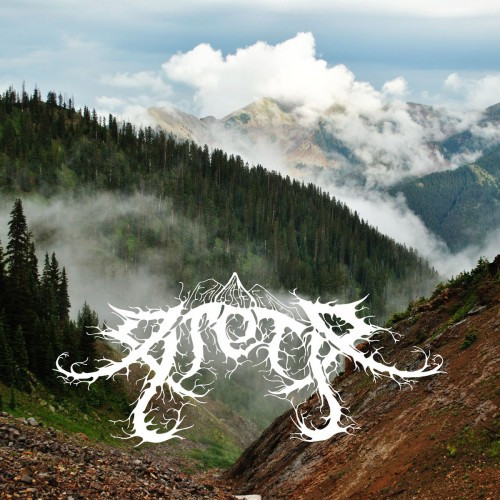 American black metal seems (at least in part) to have organized itself geographically, with distinctive collectives in the Pacific Northwest (spawning ground of that amorphous term “Cascadian”), Minnesota, and New England, to name a few. I wouldn’t go so far as to suggest that there are sharply defined characteristics of the music rooted in these regions. Sometimes it seems more a matter of shared spiritual or aesthetic affinity, or maybe simply the fact that the musicians know and support each other and sometimes collaborate together. And then sometimes the organizing principle is based not so much on contiguous geography as on something like… a shared love of mountains.

The band describe their music as “Melancholic Mountain Black Metal from the Rocky Mountains, the Appalachian Mountains, and the Black Hills”. Their debut demo is being released by Fragile Branch Recordings on vinyl and tape. One song of the two on this demo is available for streaming right now on Bandcamp, a track called “Sojourner”.

It is indeed a melancholy and haunting piece, building from isolated strumming to an urgent gallop as Ravenwood‘s scalding, wraithlike voice shrieks in the distance. When the pace slows again, it becomes achingly somber and entrancing, the rippling guitar melody flowing like mist through a high twilight forest, beautiful and foreboding.

You can order the demo in digital form here:

The 10″ white, lathe-cut vinyl edition of the EP is limited to 39 hand-numbered copies and comes with a digital download code and a copy of the demo on cassette as well. The first 15 to 20 copies will also come with a screen-printed patch of the band’s logo. That can be pre-ordered here:

And if you just want the tape by itself you can pre-order it here: 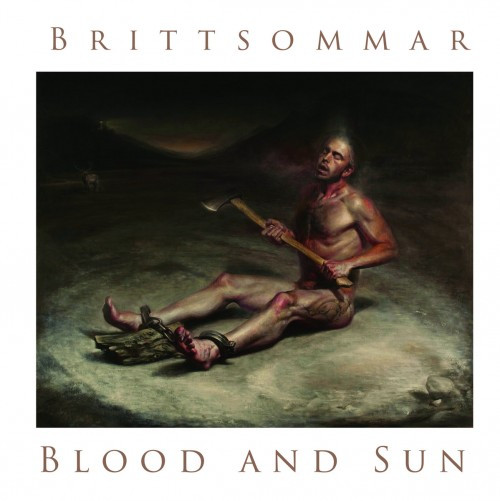 BRITTSOMMAR AND BLOOD AND SUN

And now I’m leaving the realms of metal altogether, as I warned you I would do. The following music is from a new split 7″ that was released in February by Pesanta Urfolk. The two bands are Blood and Sun from Minneapolis and Brittsommar from Madison, Wisconsin.

Blood and Sun’s track is named “At Rest” while the Brittsommar track is “Middle Man”. I was first drawn to the split by Brittsommar‘s track, a dark but seductive song with a penetrating fiddle melody, and by the quality of Brittsommar‘s slightly raspy voice.

Blood and Sun’s song has also got its hooks in me, with a slow, aching violin melody joining the acoustic strumming and strong vocals to create an atmosphere of pain and loss with convincing emotional power. Eventually, there is resilience expressed through the lyrics, but the music expresses “creaking walls of a dream worn down” and the doubt: “Has will left these bones / has ice stilled this heart?”

The split can be obtained digitally or ordered on vinyl here:

Now it’s time to return to metal, with a vengeance. The penultimate track in this collection is a new cover of Emperor‘s “With Strength I Burn” (from Anthems to the Welkin At Dusk) by the French symphonic black metal band Deathcode Society — whose excellent 2015 album Eschatonizer you should definitely check out (HERE) if you haven’t already.

The original song is a gripping one, and Deathcode Society do it justice. If anything, it’s an even more theatrical and bombastic rendition of the song (with really good clean vocal harmonies and an excellent rendition of the guitar solo near the end) that becomes a bonfire of intensity. 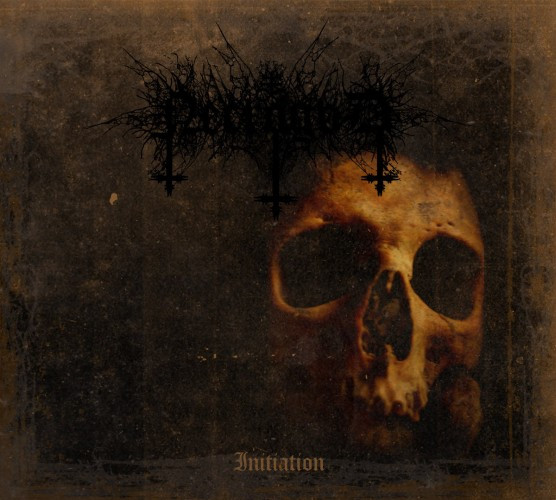 To close this round-up I have the title track to a just-released album named Initiation by Russia’s Necrogod. This is the band’s second album, after Pactum Satanicum (which I think was released in 2014). I only discovered Initiation yesterday and haven’t had time to listen to all of it, so I’m just going to provide a few thoughts about the title track.

Initiation is available on Bandcamp:

3 Responses to “SEEN AND HEARD ON A SATURDAY: SÓLSTAFIR AND LEGEND, ARÊTE, BRITTSOMMAR AND BLOOD AND SUN, DEATHCODE SOCIETY, NECROGOD”