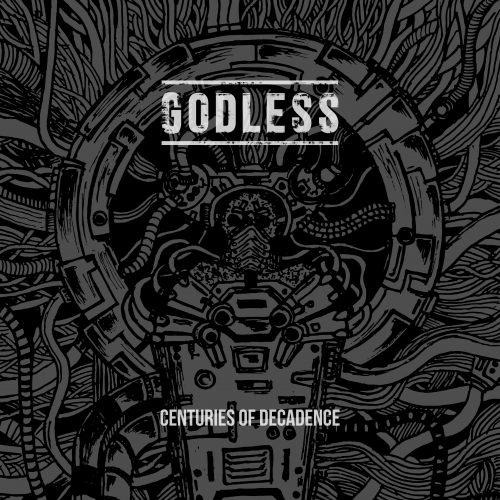 Godless are a new death metal band who have emerged from Hyderabad, India, with their debut EP Centuries of Decadence. The EP was mixed and mastered by Joe Haley of Psycroptic (he also provides a guest solo on the second track) and it will be released on May 7 by by Transcending Obscurity Distribution. Today we give you a taste of the album through our premiere of a song named “Oneiros“.

Fans of Neil Gaiman’s landmark comic series Sandman will be pleased to learn that the song was inspired by his work: “Oneiros” speaks of the shaper of nightmares.

The music races like a big turbocharged muscle car whipping around hair-pin turns, jolting the listener from side to side with rapid-fire, hard-jabbing riffs and tumultuous drumwork. Around one turn it seems to vault off the road and take flight across a yawning abyss cloaked in gloom, the pace slowing and an atmosphere of eerie darkness welling up around it, with the nightmarish cast of the music intensifying at the end.

The track list for Centuries of Decadence is as follows:

The EP can be pre-ordered digitally, on CD, and in a bundle with a shirt, at the first location linked below: