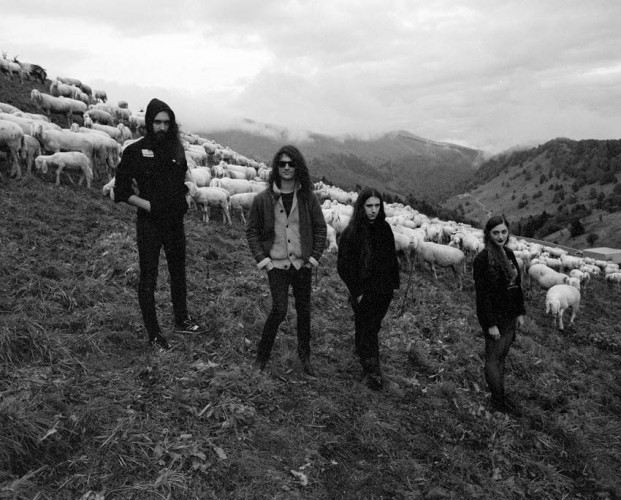 (Our Russian correspondent Comrade Aleks, who usually furnishes us with interesting interviews, brings us a combined review and interview today.)

The Italian band Messa first saw the light of day in 2014, and I believe that this quartet will surprise you with their alchemical combination of doom, hard rock, drone, and prog music. The Aural Music label released Messa’s debut record Belfry on May 6, 2016; they promised obscure and evoking doom, “scarlet doom” as they say. Mark Sade (guitar, bass, ambient stuff), Sara (vocals), Mistyr (drums), and Albert (lead guitar) run this coven; all of them have different musical backgrounds and it directly reflects in their music.

The band’s name speaks for itself, and Marco tells why they picked up this one: “Basically we were looking for a name with a few characteristics: Italian, with a female touch and kind of gloomy. Messa in English means Mass and it means a lot for us and especially for our society around us”.

He describes Messa’s ideology in a pretty detailed way: “I think it’s common for human beings (and especially artists) to find attraction to, and interest in, the things revolving around the bizarre, mad, insane, creepy behavior, and crafts. I think the sinister side of life (which is part of everyone) is naturally more intriguing. We’re conscious that power and systems nowadays work in a certain kind of direction, following some ideologies… I think that choosing not to talk about a certain topic means being dead in the mind”.

Their first album Belfry is a complex work; it is multilayered and deep, it combines different styles and influences. Messa is based on experimentation; its members started this journey to open new doors, including musical ones. As all of Messa’s members come from different backgrounds, and none of them had played this genre before, it took almost one year to assemble all the pieces of this album, from arrangements to soundscapes and electronic parts.

The composition and lyrics came fast, while arranging and forming the project’s real shape took a little bit longer. Sara wrote the songs lyrics and she’s ready to discover the subjects she writes about: “Lyrics are personal, and of course each of them has a meaning for me, and the guys gave me complete freedom of speech. I get inspired by all that surrounds me; what I see in movies, read in books, can be felt personally and linked to my experiences. I think some lyrics are clear, while others are not. I’d like people to find their own interpretation and meaning when they read them”.

The artwork of Belfry depicts a famous bell tower in Italian Lake Reschen. The lake is famous for the steeple of a submerged 14th-century church; when the water freezes, this can be reached on foot. A legend says that during winter one can still hear church bells ring. In reality the bells were removed from the tower on July 18, 1950, a week before the demolition of the church nave and the creation of the lake. Marco explains the band’s choice: “I was fascinated about bell towers as figures, so all the kinds of different bell towers in general… I like it ’cause it has an inconvenient shape, I link the concept of the bell tower: collecting people by sound/music; that one in the lake has a special story beyond it, and esthetically it communicates a lot”.

A few of Belfry’s songs are performed in a direct and masterful doom manner. And the tracks are catchy — they are damned hits! A few others are ambient-like music, something similar to horror movie soundtracks. The freedom of exploration lets Messa loosely combine doomy rock songs with ambient and electronic stuff. These different ideas entwined with each other well-according the plan. Marco describes his intentions:

“Of course everything has it own idea and place. For instance “Tomba” is combined with “New Horns” and together we wanted to achieve this feeling reminiscent of mountains, loneliness, and death. “Tomba” is the name of a mountain close to our hometown, and those specific sounds found in the track is the wind beating through the cables of 9 flag poles; the flags are a monument to remember those who died during the First World War”.

But there are also such songs as the magnificent “Babalon” with its amazing guitar solo, a great sinister chorus to sing along, and a dark and bluesy melody as its core. There is also “Hour of the Wolf”, similar for its doom rock basis song . This one was the first song to be composed. It was made just by Mark jamming with the bass and Sara’s voice. They all wanted to make a song reminiscent of Pentagram’s hits, and they succeeded. They understood that the song was finished when they heard Alberto soloing on it for the first time; it was clear that the song was completed, and it had all necessary pieces. 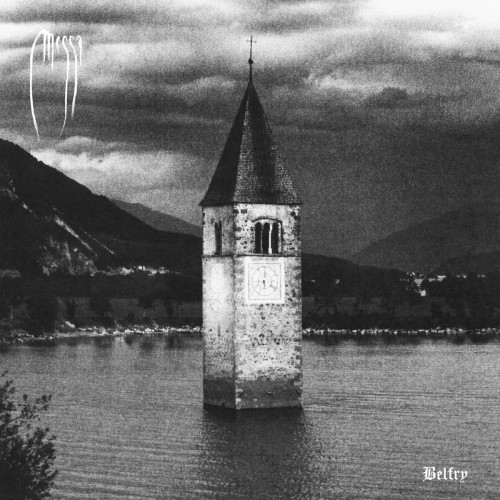 “Blood” is the track with avant-garde jazz influences. It was written by Marco and then he shared the idea with his mates. The song is based in two different worlds. The first one is more straightforward, repetitive, alienating, with a few shapes of gray, something that should remind us of a modern, Western way of approaching life. Then the song collapses in “an orgasm of dark colors, more fluid, that should remind of an oriental journey that is just in your mind, ’cause at the end the riff takes you away again in your own reality”.

The band called their friend Alessandro Brunetta to play the clarinet lines for “Blood”, and the final result came naturally. Marco proposed to use clarinets and sax in that part, and everyone was excited. Alberto is still studying jazz guitar at the conservatory; Rocco, the drummer, is in the same boat, and Marco along with Sara are fans of an Italian band named La Piramide di Sangue, so Messa just did another experiment with things they love and know how to do, isn’t it right?

In the spring of 2016 Marco said that Messa have already composed new songs. One of them will be a 7” record, split with our German friends Breit, and others will be included in the next full-length record.