I first discovered this German band in the spring of 2010 and wrote a review of their then-current album Procella Vadens (which is superb), except I wrote it as if Suffocation’s Frank Mullen were writing the review. Seemed like a good idea at the time. I failed to review their next album, 2013’s Meadows of Nostalgia (also excellent), only managing to praise two songs from it. And now a third album is on the way, with the first advance track premiering yesterday at Rolling Stone (of all places). 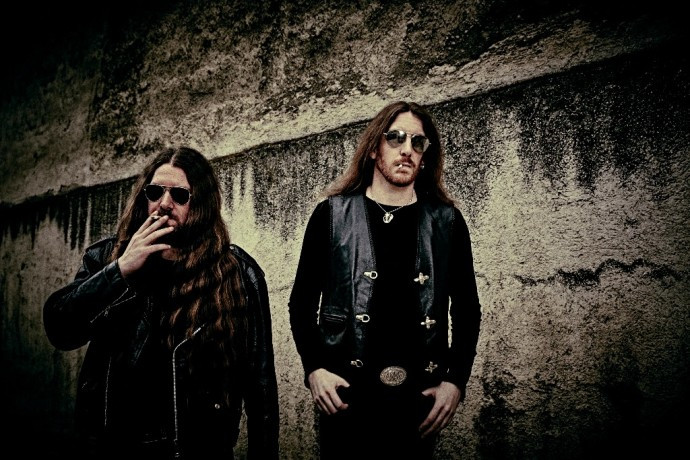 The name of the new album is Dis Manibvs (Latin for “To the Spirits of the Dead”, meaning “In Remembrance” and originally found on antique Roman grave markers). It will be released by Season of Mist on August 26.

The song revealed yesterday is “Only Fragments of Light”. It is both ravaging and haunting, pulsing with surging, hellish power and shimmering with ghostly radiance. The forlorn guitar melody that flows through the song like a wave, and changes as it goes, may stick to your mind like glue (as it has mine). Very easy to be carried away by this atmospherically dark and emotionally intense song….

Dis Manibvs is available for pre-order across several CD and LP formats at the Season of Mist E-Shop. 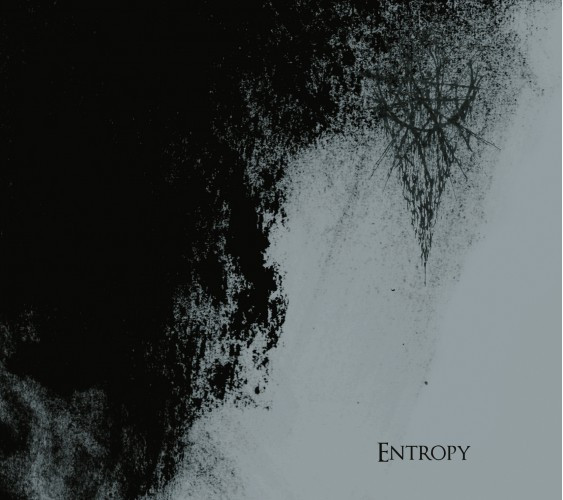 Entropy is the name of the debut album by the Australian band Spire. It follows a self-titled EP in 2010 and the Metamorph EP in 2011. The album will be released on August 19 by Germany’s Iron Bonehead, and yesterday the label unveiled an advance track named “Void”.

I don’t recall listening to either of the earlier releases, but the press information about the album suggests that it bears the hallmarks of a clearer production. But although the clarity of the new release may have improved, the song is still a dense and devastating hurricane of sound. It wastes no time hitting with gale force, though it also includes slower segments that are both supernatural in their aura and deeply doomed in their emotional impact.

The song is a tension-building affair, with no reprieve even in those slower parts. The imminence of devastation and despair is palpable throughout, a sensation underscored by the varying array of wrenching vocal extremity. A titanically heavy and truly disturbing piece of black/death/doom…. 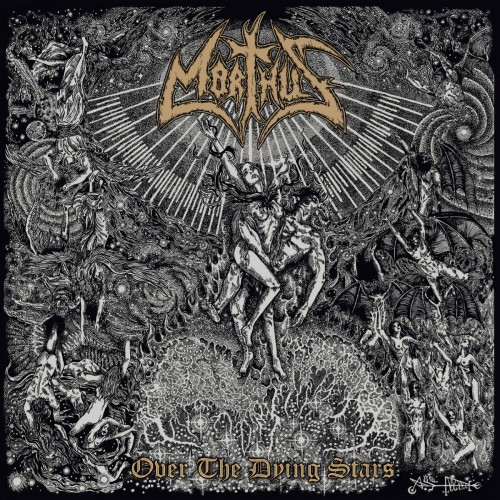 When I first came across the name Morthus, it was through the streaming of a single song named “Gospel For Evil and Chaos” off this Polish band’s debut album Over the Dying Stars. I saved the link so that I could write about the song in one of these Shades of Black posts, but by the time I finally did that today, the whole album had become available on Bandcamp via Witching Hour Productions.

I’ve reluctantly decided simply to comment about the song as planned, rather than delay writing about Morthus to prepare a review that may never be finished. And so I’ll say that “Gospel For Evil and Chaos” is an electrifying barrage of blackened death metal that thrashes and crushes with equal aplomb. The cavernous, carnivorous growls are inhuman; the needling guitar leads are pestilential; the soloing will both burn off your eyelashes and put a smile on your face; and the bone-breaking drum and bass work is scintillating.

The dynamic pacing of the song is another strength — it moves from rampaging savagery to d-beat bouncing to doom-caked stomps. There’s a lot of old school goodness in this song, and it really does leave me eager to hear the rest of the album.

Over the Dying Stars has been released by Witching Hour as a 12” limited vinyl, a digipack CD, a limited cassette, and a digital download. 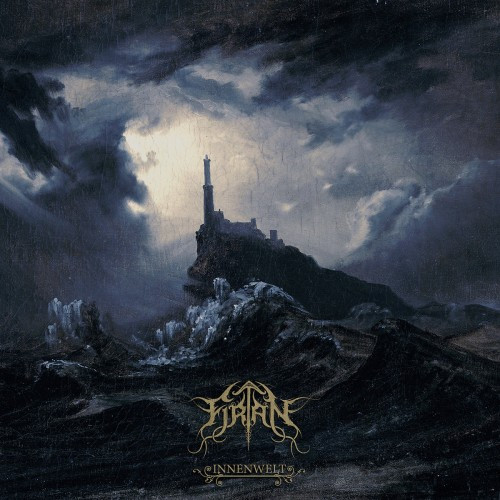 When I came across the cover art for this next release, it was so impressive that I felt compelled to explore the music, and that proved to be a very good decision.

The band’s name is Firtan and they come from Lörrach, Germany. This new EP, Innenwelt, was released on May 6 through Northern Silence Productions and it follows a 2014 album entitled Niedergang, which I haven’t heard. The band tell us they have been influenced by bands such as Thyrfing, Agalloch, and Emperor.

The EP consists of two fairly long tracks, “Innenschatten” and “Im Licht meiner Sonne”. They integrate a variety of styles very well, with elements of pagan metal, black metal, and progressive metal melded together in strong and appealing fashion, with judicious use of symphonic keyboards added for good measure.

“Innenschatten” is the more highly energized of the two — a jabbing, galloping, warlike rush with an epic air, matched by the throat-abrading howls of a man who sounds inflamed by the fires of battle (some beautiful guitar soloing in this one, too).

By contrast, “Im Licht meiner Sonne” begins with a lilting acoustic guitar melody set against a somber keyboard background and choral voices. But the music grows in intensity, driven by the massive hammering of drums, and it too becomes a wild, racing, pulse-pounding gallop before drifting into a mesmerizing and heart-achingly melancholy break, which itself is followed by a progressive-leaning instrumental section before a hard-charging finale.

There’s also a small, rippling melodic motif that surfaces here and there in this second song (I wish I knew what instrument was used) that’s an added highlight to this multi-faceted piece.

Beautifully written and beautifully performed, Innenwelt is a big and very welcome surprise. It’s available on limited-edition jewelcase CD and digitally and can be acquired via the Bandcamp link below. 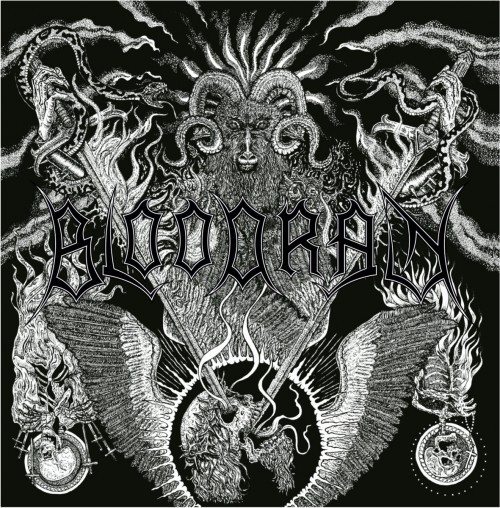 The next album in this collection is by yet another band I’m discovering for the first time, even though they have been active since 1995 and this is their fifth album. The name of the band is Bloodrain, they’re from Russia, and the album is called Adora Satanae.

The first song set to play on the album’s Bandcamp stream (“My Hell“) hooked me right away, and it’s still my favorite, but the whole album is very strong as well. While the album is laced with periodic slow-moving parts that are heavy as hell and just as ominous, Bloodrain’s forte is slashing and burning in a particularly savage display of black thrashing mayhem.

The low end of the songs is deep and rumbling, the riffs are magnetic, and the soloing is beautifully done. The album also includes astute variations in pacing, and incorporates appealing melodies (many of them folk-influenced). Adora Satanae also includes a cover of Slayer’s “Evil Has No Boundaries”, which kicks massive amounts of ass.

The lyrics are in Russian, which to these American ears always adds an extra layer of savagery to extreme metal vocal deliveries, but the ferocious, jagged-edged voice of Bloodrain’s vocalist would undoubtedly sound plenty bestial regardless of the language.

In a nutshell, this is loads of hellish fun from start to finish.

Adora Satanae was released by Possession Productions (Belarus) and Metal Race Records on May 1 and it’s available on CD and digitally, here: 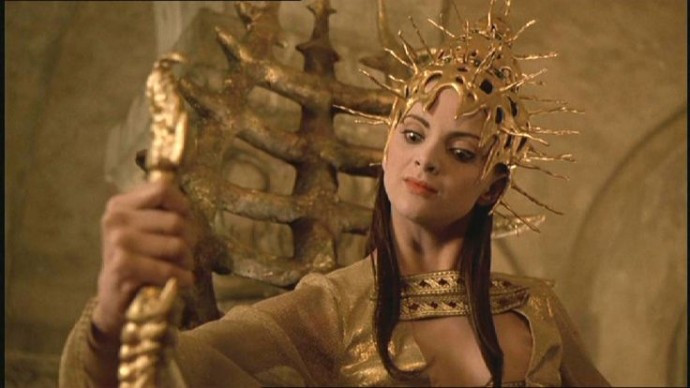 The final item in this collection isn’t strictly black metal, but it’s a truly hellish thing and seemed in keeping with the theme of Shades of Black.

What you’re about to see and hear is a video that consists of a long song by Dread Sovereign named “Cthulhu Opiate Haze” matched with an excerpt from the 2001 Spanish horror film Dagon, which was directed by Stuart Gordon and which, despite its name, was actually based on H. P. Lovecraft’s novella The Shadow Over Innsmouth rather than his earlier short story “Dagon” (according to The Font of All Human Knowledge).

Dread Sovereign, as you may recall, is the doom-oriented brain-child of Alan “Nemtheanga” Averill from Primordial — who was interviewed (here) by our friend Comrade Aleks last fall about Dread Sovereign. The song featured in this video appeared on the band’s 2014 debut album, All Hell’s Martyrs.

The idea of marrying this song to these film excerpts was an ingenious inspiration. The one might have been made with the other in mind, so well do these two monstrous creations fit together. And that’s all I’m going to tell you — other than to provide a warning that this is definitely NSFW.