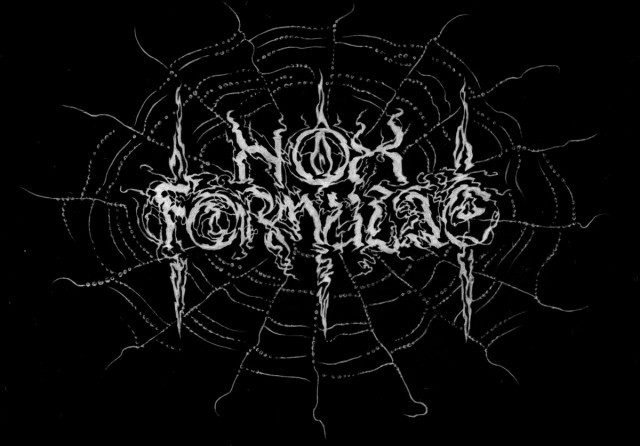 On the distant future day of September 16, 2016, Dark Descent Records will release the debut album of a Greek black metal collective known as Nox Formulae. The album’s title is The Hidden Paths to Black Ecstasy. Yesterday I received a Bandcamp e-mail alert that one song from the album had been set up for streaming, a two-part piece named “Hidden Clan NXN – Pt a. Eleven Rays of Sorat, Pt b. Black Magic Assault”, and that’s the first item in this round-up.

But before commenting on the music, it seems appropriate to share the band’s explanation about the album:

Nox Formulae is an emanation of the well of N.O.X, the darkest aspect of the Draconian /Typhonian Principle which applies to the mystical Black Magical Formula of XONOX.

Nox Formulae stands as the outer part of an esoteric clan: a Red Black sect driven by Luciferian fanaticism, mission of whom is to establish the Ruler of Atlantis in the human subconscious. By enthroning the Dragon, the gates for Those emerging from the Shadow of O.D. will open widely to this world.

Nox Formulae ‘s first recording ‘The hidden Paths to Black Ecstasy‘ is a true sonic grimoire (and should be treated as an equal to an actual book of Dark Magic) which, for the first time in music and literature in regard, reveals clues and secrets for the Shadow Chiefs – the Shadow Allies: Βeings who reside in the Death Plane ruled by the Black Dragon. A plane lighted up by the rays of the shining, all seeing Eye of Drakon.

Through the exploration of the unfiltered subconsciousness we can find and contact those extra-dimensional Entities in order to receive the Wisdom for the existence of Man as well as Dark Magical Intuition and Inspiration in a form of parapsychic powers.

By entering Their realms or by evoking Them to our world we deal with utmost, nightmarish Darkness. But there in, we will find the lost crown of Lucifer and the hidden gems of forbidden black Gnosis.

There is indeed a ritualistic, mystical, hypnotic quality to the song embedded below. It’s a mix of dissonant, distorted, serpentine guitar writhing (with a prominent pulsing bass) and flurries of boiling chaos. The vocals are bestial and inflamed with passion (mixed with solemn chants), while the melody that courses through the song like congealing blood is exotic and otherworldly. 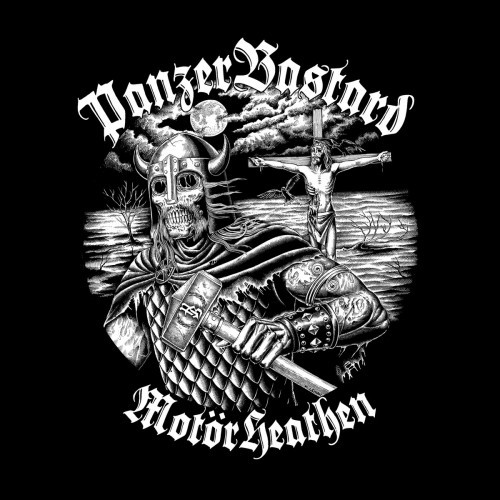 I do love me some Panzerbastard. They’ve been cranking out demos, splits, and EPs since 2006 from the nether regions of Boston. About a year ago we had the pleasure of premiering a track named “The Grand Bargain” from their split with Rawhide, and now they have a new EP on the way. Entitled Motörheathen, it will be released by Patac Records on July 15. In the words of the band:

“Forged in a dark, smelly room in the the deepest, darkest bowels of Boston, our intrepid dirtbag heroes internalized three years of misfortune, betrayal, underachievement and general disgust with the human race to puke forth the four slabs of sonic offal now known as MotörHeathen.”

Two songs from the EP are out in the world now, “The Devil Wins Every Time” (on Bandcamp) and “Shaman” , which premiered yesterday at DECIBEL. Both of them continue to pay homage to the likes of Motörhead, Discharge, Venom, and Cro-Mags. I will also say, as the greedy bastard that I am, that they’re too short. 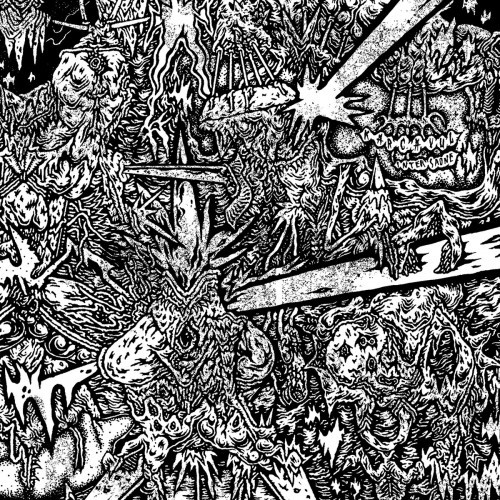 Even Karcavul’s label (Oakland’s Sentient Ruin Laboratories) calls them “repulsive”,  “repugnant”, “vile”, “demented”, “abhorrent”, and “nauseating”. To be clear, I think Sentient Ruin is referring to the music rather than to the band members themselves, and specifically to the music on this French band’s new EP, Intersaone.

So far, one song from the EP, “Crackleurres“, has been given a public airing. Making your way through its ten-minute run-time, you may understand why adjectives such as those roll off the tongue. But you may also grasp the appeal of Karcavul’s poisonous concoction of sludge, death, doom, and black metal. There are some hard-rocking riffs unleashed within this miasma, as well as oppressive, skull-fracturing heaviness. Really horrifying vocals, too. So yes, it’s vile and demented… but in a good way. 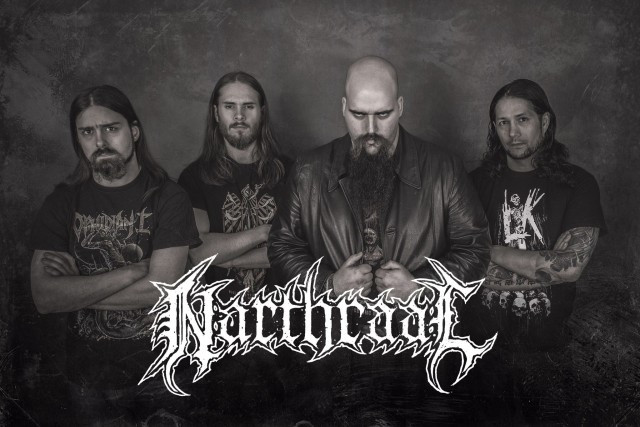 Iceland’s Narthrall are here to spit on your graves. I mean, you’re not actually in your graves yet, but Narthrall wish you were so they could spit on them, and they’ve recorded music that may hurry you along while also providing good grave-spitting accompaniment.

The band’s new EP, Chainsaw Killing Spree (self-released on June 15), proves that Iceland actually does spawn good bands who play something other than black metal — in this instance, music inspired by a love of Swedish bands such as Entombed and Dismember, and of course the Boss HM-2 distortion pedal.

The EP consists of two songs, “Million Graves To Fill” and “Descent Into Darkness”. When the pace is slow, the music is morbid and pestilential. When the band step on the accelerator, they become a rumbling, rampaging, bone-grinding killing machine.

Chainsaw Killing Spree is available as a digital download on Bandcamp, though it’s pretty pricey for a 2-song EP. 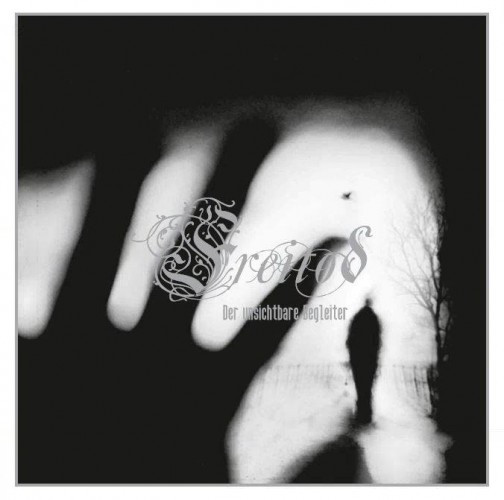 To conclude this 3-part Tuesday collection of new music, I’d like to focus on two tracks from Der unsichtbare Begleiter, which is the third album by the German depressive black metal band Freitod, released in May by Ván Records. More songs are also available on YouTube, and the whole album can now be heard on Bandcamp.

The first song below is “Die Zeit Heilt Keine Wunden” and the second is the title track. I’ve become especially enthralled by both of them, though the rest of the album is also strong. The ringing guitars and excellent clean vocals are very effective at getting the song’s potent, sorrowful melodies well and firmly hooked in your head, and although the music isn’t as abrasive and extreme as my usual diet of metal, the wrenching growls do come out in the title track, and there’s a dark, serrated edge to the riffs, as well as a livening pulse in the beats.