I’m still in Las Vegas, writing this on a Friday night so that I can schedule it to appear in a burst of flame and a cloud of smoke on Saturday morning. I wasn’t sure whether this trip, which was to attend a wedding, would interfere with my blog obsession, but it has. And the result is that we haven’t had as many daily posts as usual since I left Seattle on Wednesday.

Another result is that the ever-growing list of new songs and videos I’d like to recommend has become more enormous, since I haven’t had time to assemble round-up posts. What to do? As it happens, that perplexing question was answered, sort of like receiving an epiphany.

The two new songs in this post are the only two metal songs I listened to on Friday, and that makes them the most recent metal songs I’ve heard. I listened to them back-to-back, late at night. They’re both outstanding, and beyond that, they seem to go together (I’ll be curious if you have a similar reaction). And since I’ve only got time to write about two songs before running completely out of gas, they solve my problem of which songs to pick from that enormous list of new things to include in this round-up.

Wasn’t that fascinating? No? You’d rather I shut the fuck up and get on with the music? Well, your wish is my command. 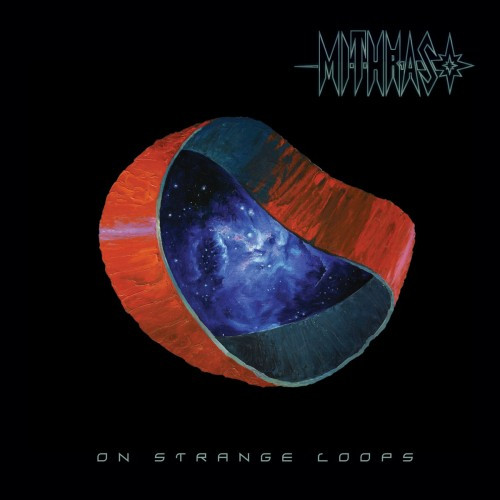 In March of this year my comrade Andy Synn linked me, with a somewhat breathless recommendation, to the first advance track from the new album by Mithras, On Strange Loops. The song was “The Statute On the Island”.

Three years before that, Andy had made Mithras the subject of his 34th SYNN REPORT, and that’s what turned me on to the band. Even then, their last release (2011’s Time Never Lasts EP) was almost two years old, and so the wait for new music has been a long one. Yet “The Statute On the Island” made the wait seem completely worthwhile.

Now we have another new song — “Between Scylla and Charybdis”. We also now have the album art and a release date for the album: October 21 (via Willowtip Records in North America and Galactic Records in Europe and the rest of the world).

With this new song, Rayner Coss and Leon Macey have really outdone themselves. In a word, it’s  astounding. The eerie, wrenching, extraterrestrial guitar notes that echo through the first moments of the song grab the attention instantly, and when the song erupts in full, blasting, head-whipping fury it really takes your breath away. It’s technically acrobatic, pulverizing in its rampant brutality, and laced with more alien (or interdimensional) lead guitar motifs that prove to be memorable as well as strange. Great vocals, too.

On Strange Loops can be pre-ordered digitally via the first link below, and in physical form via the second one. 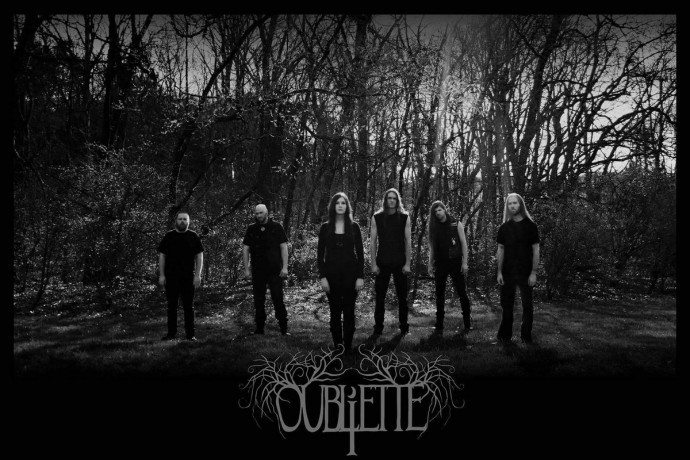 When I first wrote about Oubliette two years ago, the line-up included guitarist Mike Low of Inferi and his wife Emily Low (vocals), plus bassist Vincent Jones (Æther Realm) and drummer Doug Mesich. Since then, guitarists Todd Harris and Andrew Wampler have joined the band, and Greg Vance has become the drummer.

The band’s last release (and the only one until the single you’re about to hear) was their 2014 debut album, Apparitions, which was excellent. This new single, which seems destined to appear on the band’s next album, is called “Solitude“.

The song is full of fire and fury, like a conflagration driven by powerful winds (or in this case, by rapid-fire drum munitions, rapidly writhing tremolo riffs, and raw, inflamed howls). Like the Mithras song above, “Solitude” includes striking lead guitar melodies that seem almost extraterritorial in origin.

But Oubliette also make a couple of dramatic stylistic course changes during the song, introducing  entrancing instrumental interludes that are no less vibrant or technically accomplished than what precedes them, but quite different in tone and mood.

2 Responses to “SEEN AND HEARD: MITHRAS AND OUBLIETTE”