(Our Sacramento-based writer DGR is the author of this Sunday’s edition of our series on metal from the past.)

Dismal Lapse were a Sacramento-based death metal band who were active for a brief period in the later 2000s, with their roots in an earlier Sacramento band known as Bled. During their time playing, the group would release one EP entitled The Nameless Faceless and then a 2009 album called Eon Fragmentation — which surprisingly enough this very site wrote a brief bit about long before they gave me the opportunity to set my roots down and burn this place to the ground.

Dismal Lapse played what should be a very familiar sound to a lot of our readers as they were a technical death metal band, although at the time that label hadn’t really homogenized around the sound that we currently associate with it. This fair city where I live would actually have a small hand in that though, alongside a swath of groups from the Bay Area who had been cutting their teeth for a long time on the I-5 touring run, when they were all picked up around the same time and divied up amongst labels like Unique Leader.

In 2009, that wasn’t really too much of a thought though, and Dismal Lapse were one amongst a handful playing a style that was intense and, yes, hyper-complicated. 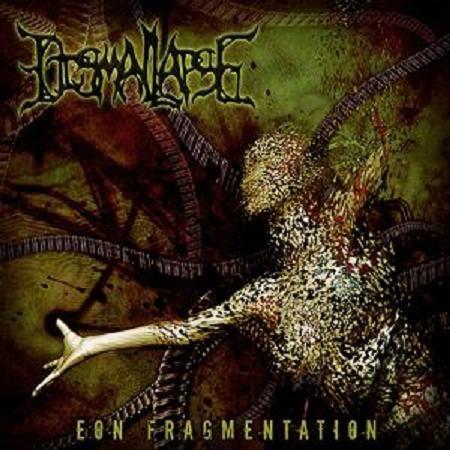 Eon Fragmentation is the sort of album that you listen to and you’d think to yourself that this sort of disc could come out now and fit in perfectly within that corner of the death metal scene. That it hit seven years ago shows that the Dismal Lapse gentlemen were just slightly ahead of the curve.

Since then, though, Dismal Lapse have been in hibernation — perhaps they are best described as a brief explosion of sound from here that unfortunately went silent all too quickly, its members scattered among a handful of other projects.

Bassist Jason Brehm is probably the most prolific among the handful of guys who rotated through its lineup, having been active in several bands since, including currently playing with Purification By Fire. Chris and Evan have both kept a lower profile, and the group’s bassist for The Nameless Faceless, Corey Parks, has since been working in Jack Ketch, to whom we’ve dedicated many words on this site before, as we wait to see what that band’s followup to Bringers Of The Dawn will sound like.

So let’s spend this Sunday spinning some genre-fare, all the tropes immediately recognizable and that undeniably sharp sense of groove prone to leaving us headbanging in our seats as Dismal Lapse rip through Eon Fragmentation and the little bit of The Nameless Faceless that I could find out there. Maybe we’ll just boost the signal for a bit and see how these guys do in the future with their current musical projects.