In the interests of transparency I’d like to lay all my cards on the table right away. As some of you will know I’ve been a pretty big Mithras fan for a long time now. In fact not only did I select the band for my 34th edition of The Synn Report way back in April of 2013, it also happens that I’ve struck up a friendly relationship with Mithras mainman Leon Macey in the intervening period between then and now.

On top of all that, in two weeks’ time Beyond Grace are lucky enough to be opening the London date of the band’s long-awaited UK tour in support of their new album (their first in nine years), so I can’t say you wouldn’t be justified in having a few concerns about my overall ability to be even semi-objective in this instance.

So, if you’re really that unsure of my ability to offer a clear critical appraisal this time around, perhaps it might be best to think of this less as a strict, set-in-stone review, and more just a textual primer for what to expect in advance of the album’s release this Friday.

After all, if worst comes to worst, you can just ignore everything I’ve written here and check it out for yourself, because the whole thing is now available to stream in full! 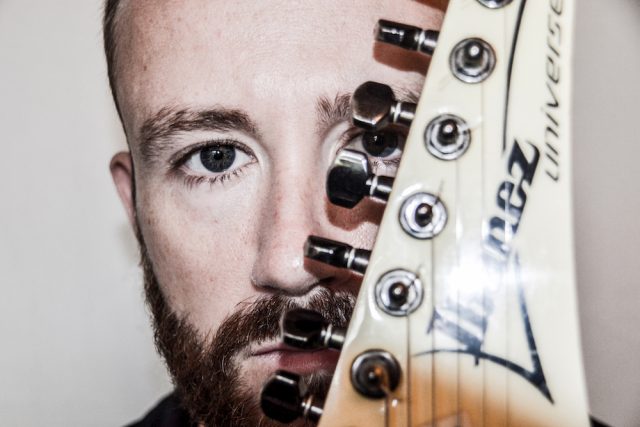 Now, nine years is an awfully long time between albums whoever you are, so you’d be forgiven for having your doubts about the band’s ability to live up to the ludicrously high standards set by their previous three releases after such a lengthy time away from the spotlight. But I’m happy to say that On Strange Loops is more than up to the task of continuing the band’s impressive legacy of high-octane, high-brutality Death Metal cosmology.

Long-term fans will be pleased to know that the core essence of the band’s sound is still very much the same, still firmly rooted in the old-school values of song-craft and dynamic, still the logical evolution of the blueprint originally laid out by bands such as Pestilence and Morbid Angel, but without being married to any sort of forced, retro aesthetic.

The riffs – of which there are more than I can count – are as punishing and technically adept as ever, while the drums (also provided by Macey) deliver a furious, blasting bombardment that rarely fails to impress.

Most importantly of course, the lead guitar work – always one of the band’s most striking and defining features – still has that same blend of otherworldly fluidity and chaotic complexity, walking a fine-line between melody and madness, while the authoritative and instantly-recognisable bark of bassist/vocalist Rayner Coss (who has since departed the band) remains as potent as ever. 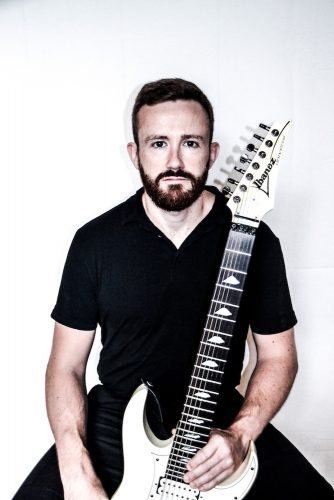 And while there’s no doubt that there’s an extra gleam of polish to be found on these twelve tracks when compared to their predecessors – the guitars have that little bit of extra power, the drums have that little bit more punch – the album as a whole still retains a sense of rawness and visceral intensity that sets it apart from the over-processed and over-quantized sound favoured by so many of today’s more self-consciously “modern” Death Metal bands.

Speaking of “intensity”, these songs have it in spades, and yet as blisteringly fast as so many of them are – such as the plasma-charged “When The Stars Align”, the blast-fuelled “Part the Ways”, and the mental tempest of “Between Scylla and Charybdis” – it’s eminently obvious that Mithras have been careful to ensure that each one has its own separate identity. For all their much vaunted (and fully justified) reputation for savage speed and sonic brutality, they’re not afraid to employ a bit of variety and versatility in their attack when it suits them.

Thus you have tracks like the raging melodic assault of “The Statue On The Island” (probably one of my favourite Mithras songs to date) and the red-hot, hook-laden “Howling of the Distant Spheres” coexisting seamlessly alongside numbers like the gargantuan, groove-laden “Odyssey’s End” and the titanic “Time Never Lasts” (which is here given a fullness and depth of sound that the original, EP version of the track didn’t quite have).

Do I have any caveats or criticisms to add? Not really. There’s perhaps a niggling little voice in the back of my head questioning whether the album might not be a teensy bit too long for its own good, it’s true – at a shade over fifty-six minutes it’s certainly a hefty investment either way – but, by the same token, there’s such a clear concept and a specific vision expressed here (note how the climax to the audaciously proggy title track subtly references the hypnotic mantra of opener “Why Do We Live?”) that losing or trimming even one of these tracks feels hard to justify.

For whatever it’s worth, this is easily one of my favourite albums I’ve heard this year, and quite possibly one of the very best as well (and those two things don’t always match up). But even if you feel like my judgement is too compromised to take at face value you owe it to yourselves to give this a shot, or else risk missing out on one of the finest Death Metal albums of 2016.

On Strange Loops will be released on October 21 by Galactic Records and Willowtip Records. Order here:

The full album stream just premiered at TeamRock along with an interview of Leon Macey thats worth your time. You can hear it below as well.

3 Responses to “MITHRAS: “ON STRANGE LOOPS””