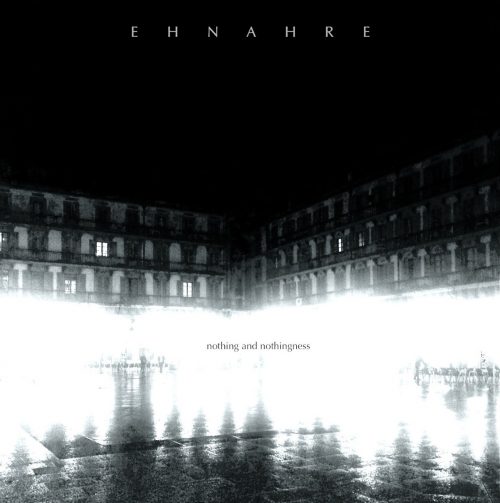 (This is the third part of a multi-part post prepared by Austin Weber putting the spotlight on recent releases, and today he focuses on music from these three bands: Ehnahre, Absvrdist, and Körbl. To check out Part 1, go here, and Part 2 is at this location.)

Back in January of 2016, I helped the Boston-based avant-garde doom group Ehnahre stream their fascinating new full-length called Douve here at NCS. It seems 2016 is a particularly productive year for Ehnahre, as the band is already back with a freshly released EP called Nothing and Nothingness.

I’ll always be the first to admit that doom metal is not my favorite. But as I’ve always stated, if the music is good, I’ll listen to, and cover, just about anything. And as far as doom goes, Ehnahre are as fresh and inventive as it gets in my estimation.

Their new EP clocks in at just under 23 minutes and consists of two lengthy compositions. The first one is called “The First Eye” and kicks things off with a droning soundscape feeling that buzzes with an apocalyptic pulse; draining you of hope. While it often feels more sparse than many of their songs, it runs through multiple segments admirably and, more than anything, is a moody piece that conjures up a visceral emotional response one might find in a horror film score.

The beginning of the second track, “Dear God of the Bent Trees”, continues the horror score-esque drone-inspired feeling present throughout the first track, but soon morphs into a more anguished and heavier beast of a song.

Ehnahre’s minimalist take on experimental doom here really does something for me. Likewise, I quite enjoy that the feeling and compositions on Nothing and Nothingness seem to come from a different place than the more eclectic leanings of their earlier 2016 full-length, Douve. Then again, the group seem to consistently shift the goal post for who and what they are, so this is somewhat oddly in line with my expectations for what a new Ehnahre release would bring.

ABSVRDIST – MATERIAL FROM THEIR SPLIT WITH THE DRIP

While last year’s Abhorrent album was a welcome surprise to many in the scene, several of the main members behind it had already been making fantastic music together under the Absrvdist name.

If by some small chance you’re unfamiliar with the group, they play a form of black-metal-infused technical deathgrind that’s hard to top. Their prior release until now was 2012’s Illusory, a fantastic full-length that showed a lot of promise. Which is why it’s somewhat befuddling to me that their recent August 2016 split release material has gone under the radar in the metal blogsphere for the most part — especially in light of the fact that the material here is every bit as good, if not better, than their much-lauded 2012 release.

But, I suppose that’s all the more reason for us to cover it and expose this new music by the band to more people. If you can imagine the deranged dissonance of Abhorrent crammed into a much more limited time frame, you’d be within a solid ballpark of what Absvrdist deliver. All in all, it’s a fresh twist on the grindcore sound, so be sure to buy this through their Bandcamp page listed below. 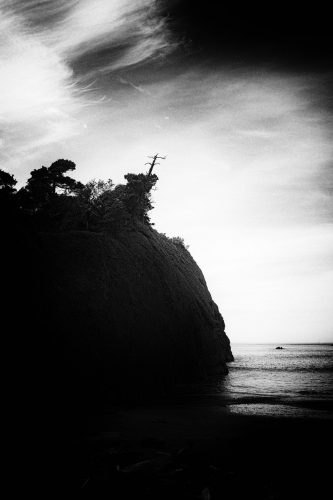 Recent groups such as Geryon have quickly proven that bass-guitar-driven metal devoid of guitar not only works, but delivers a unique experience well worth seeking out on its own merits; it would be misleading to label it a “gimmick”. You can add the somewhat new instrumental bass-guitar-driven outfit Körbl to that list as well.

Körbl  is the solo outfit of absurdly skilled bassist Brent Glover, who has spent time playing live for Psyopus, as well as performing in his own technical death metal group, Bellicist, who I’m very fond of and have covered here at NCS before.

The music is somewhat in the vein of AAL, mixed with other Meshuggah-esque grooves, light electronica elements, and prog influences to create its own sound. Körbl‘s music consists of very technical musicianship, but with a drive and ambition to it that speaks to the listener on an emotional level instead of coming across as mere empty flash. Brent Glover’s skill as a songwriter is what really shines here, as the multi-faceted compositions on this 2016 Körbl “demo” release are superbly written and performed. I can’t wait to see what this project releases next.

One Response to “UNDERDOGS IN THE UNDERGROUND: RETURN TO THE TALENTED DEPTHS OV OBSCURE MADNESS (PART 3)”