(We welcome new NCS contributor Lewis Edwards, who wrote this review of the new album by the Finnish band Krypts, which is being released today by Dark Descent Records.)

Any death metal fan worth his salt needs no introduction to Krypts or why Remnants of Expansion has been one of the most anticipated death metal albums of the year, but for those of you less enlightened, Krypts are a four-piece old school death metal revivalist band, of sorts. Their 2013 debut full-length Unending Degradation saw a preference for slow/mid-tempo dirges in the vein of Rippikoulu, accompanied by the off-kilter riffing styles of Demilich and Adramelech, and it cemented Krypts’ place as one of the most exciting bands in modern death metal.

Remnants of Expansion pulls no punches from the very start; the reverb-laden sustained notes at the beginning of album opener “Arrow of Entropy” really set the tone for the rest of the record, and the sense of atmosphere is clearly felt as the song progresses from one sprawling doom-influenced riff to the next over the course of ten minutes. Simply put, it’s an absolutely monstrous way to open the album, and one which perhaps sees Krypts making a signal of intent. 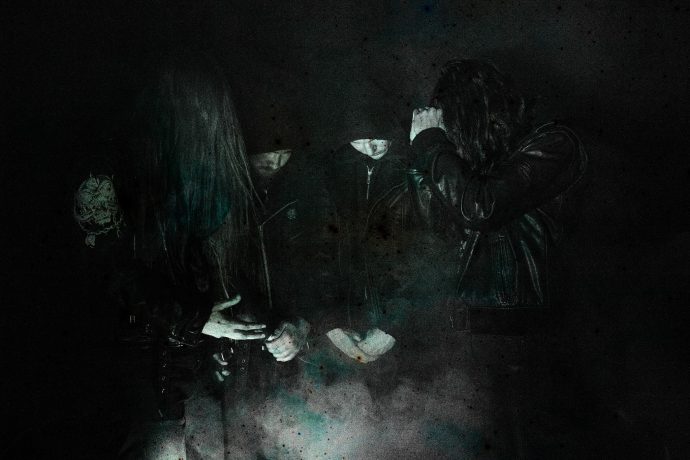 As the album ebbs and flows from one dirge to the other, it’s clear that there is no intention to make Remnants of Expansion an easy or accessible listen. Instead, each song tends to serve as a small piece of one big jigsaw, with the catchy riffs of its predecessor being toned down in favour of expansive, reverb-soaked death marches. The record’s production is almost perfect, and definitely serves as its best attribute, the bass-heavy guitar tones and reverberated drums serving every aspect of Krypts’ songwriting perfectly. It allows the slow, atmospheric riffs to become that much more indulgent and imposing, while the faster tempos in songs like “The Withered Titan” and “Entrailed to the Breaking Wheel” snap the listeners out of their hypnotic state and serve as welcome breaks from the trance-inducing sludgy madness.

Remnants of Expansion isn’t perhaps the most immediate of death metal records in 2016, but there is something uniquely captivating about the album’s delivery. Despite only being thirty-four minutes long, it’s a record which feels massive in scope, and the thick guitar tones and almost-ritualistic percussion are just so easy to get lost in. It’s the album’s ability to stay interesting and effective while appearing not to drastically change any of its dynamics which is its crowning achievement, and sees the Finnish four-piece completing what will go down as one of the best death metal records of 2016.

3 Responses to “KRYPTS: “REMNANTS OF EXPANSION””