(In this post Andy Synn combines a trio of reviews, focusing again upon releases from the UK.)

Grouping bands by their nationality, rather than by their sound, style, or ideology, is a remarkably lazy way of doings things.

Which is why I do it. Obviously.

But, on a more serious note, they do say that variety is the spice of life, and one of my big hopes for this series of columns (along with the usual aim of exposing our readers to bands they might not have discovered otherwise) is that established fans of band [X] might also find something to love in band [Y], fans of band [Y] might find something to love in band [Z]… and so on, and so forth.

Anyway, if you want to check out some of my previous efforts, which run the gamut from Deathcore to Doom to Black to Groove, you can have a gander at Part 1, Part 2, and Part 3 of this year’s crop by clicking the appropriate link.

Otherwise, onwards you go, for a triple-header of deathly, doomy, blackened delights! 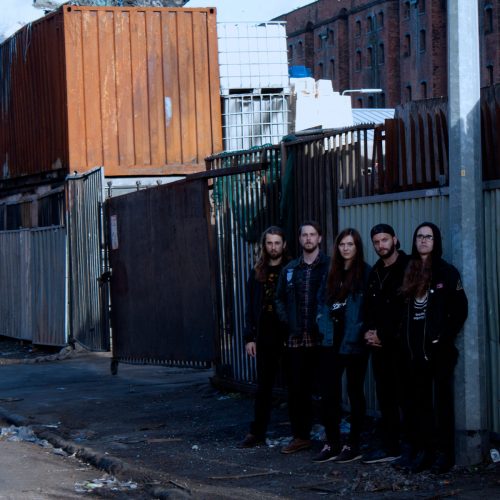 Mixing and matching different elements of different musical styles is nothing new. Sometimes these styles are perfectly complementary and fit together like hand and glove, and sometimes it’s the sheer weirdness and awkwardness of the mix which brings the music to life.

For South Wales brutalisers Venom Prison their mix of Death Metal, Deathcore, Grind, and straight-up Hardcore influences definitely falls into the former category, and their debut album Animus is nothing less than a neck-wrecking explosion of audio ultra-violence that fans of Dying Fetus, Cryptopsy , and Cattle Decapitation should already be salivating over.

Hardcore influences in Death Metal are nothing new, of course, even if they’re still a sticking point for some people. But ever since Suffocation dropped their first pit-crushing breakdown, the line between the two genres has become ever more permeable, and Venom Prison clearly have no issue with picking and choosing elements from either side of this (not so) great divide to suit their purposes.

As a result, while tracks like “Abysmal Agony” and “Corrode the Black Sun” are blast-infused, riff-soaked, and chug-friendly enough to bring in the Old-School Death Metal crowd, more twisted, techy numbers like “Celestial Patricide” and “Devoid” might appeal a little more to the Dying Fetus/Cryptopsy fans mentioned above, and the album as a whole is absolutely littered with ballbusting beatdowns and grindy eruptions of frantic blasturbation (as well as the occasional touch of godless melody) that all mesh seamlessly together into one horrifically heavy blend of unrelenting Death and ‘Core-inflected savagery.

At ten songs and only thirty-three minutes in length, Animus is – unsurprisingly — an all-killer, no-filler release, with absolutely no fat or flab on it. And yet, despite its stripped-down length, the quintet aren’t afraid to play around with the formula a little bit along the way, with the creeping murder-groove of “Immanetize Eschaton” showcasing a much more measured and menacing approach, while “Perpetrator Emasculation” is a short, sharp, shock of ugly, misanthropic Death/Punk depravity which seems constantly under threat of flying apart at the seams due to its sheer, apoplectic intensity.

Counter to what some people believe, being this ineffably brutal, and doing it properly, takes a lot of skill and a surprising amount of care. But when a band deliver the goods, as Venom Prison do on Animus, you just don’t want the beating to end. 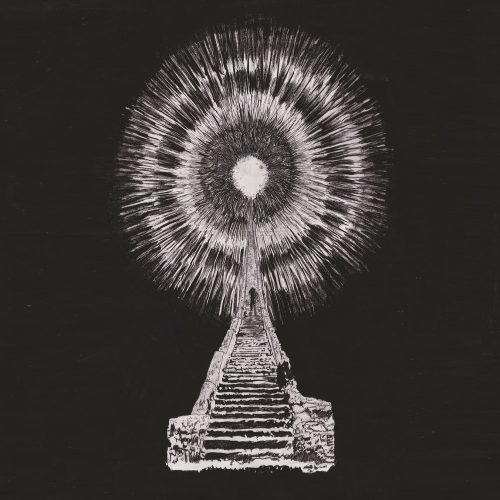 THE WOUNDED KINGS – VISIONS IN BONE

Whilst Venom Prison’s career is just beginning to blossom, the saga of The Wounded Kings is coming to a close. But while the Dartmoor doomlords may have called it a day, they did see fit to bless us with one last black baptismal by the name of Visions in Bone.

Although the shadow of Doom looms largest over this album (the comparisons may be a little obvious, but there’s no shame in invoking the names of Black Sabbath and Cathedral here), there’s also a number of other ingredients bubbling away in the ol’ cauldron, from bluesy neo-folk to a fuzz-drenched fury reminiscent of Electric Wizard, often within the same song.

Opener “Beast” is a prime example, taking the traditional Quiet/Loud dynamic and letting it simmer and bake until the whole song is surrounded by a shimmering, psycho-active haze, shifting back forth between creepy, occult ambience and staggering, lurching heaviness, while returning vocalist George Birch weaves an eerie melodic spell of his own with considerable dramatic flair.

The booming crescendo which crowns the album’s lengthy opener slips and slithers seamlessly into the gargantuan grooves and molasses-thick riffage of “Vultures”, which practically pulses and resonates with hypnotic hooks and moody melodies, eventually shifting into a grim and grandiose second half which has more than a hint of both Candlemass and Alice in Chains to it.

With its unbearably bleak, doom-laden dynamic and shadowy, psychedelic aura, if you told me that Visions in Bone was a hitherto undiscovered classic from the early annals of Heavy Metal, I’d have a hard time doubting you. It really has a truly classic, almost timeless, feel to it.

But as retro as songs like the groovesomely anthemic, shameless prog-out of “Kingdom” and the stoned swagger of the morbidly infectious “Bleeding Sky” are, the mix is as clear and high-fidelity as any of the band’s more modernised peers, and that added clarity and fluidity means that there’s ultimately no way you could mistake this for anything as simple as a mere throwback, clone, or copycat.

Packed to the creaking rafters with gargantuan, heaving riffs and gloomy, haunted melodies, closer “Vanishing Sea” finds the band sticking firmly to the “low and slow” approach which has served them so well over the years, eventually culminating in a devilish rock ‘n’ roll freak-out of epic proportions, designed to leave you with the undeniable impression that The Wounded Kings have chosen to go out at the very top of their game.

A full album stream can be found here. 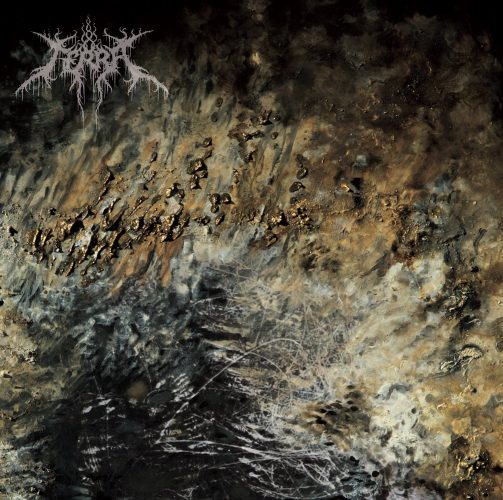 Last year’s self-titled album by Black Metal three-piece Terra was a fearsome, three song, forty-minute opus which largely flew under people’s radars (including ours here at NCS) at the time. And while the band’s second album is of a similar length, this time there’s only two tracks involved – “Apotheosis” and “Nadir”. But damn, are they ever good.

“Apotheosis” opens with a slow-burning introduction of solemn, creeping dread reminiscent of classic Altar of Plagues, eventually erupting at just before the two-minute mark into a torrential deluge of swarming, brittle blastbeats and scalding riff work, topped off with a cacophony of utterly bestial vocals courtesy of guitarist Ryan Saunders and bassist Olly Walton.

Speaking of bass, it’s nice to be able to actually hear Walton’s slippery stringwork so clearly as it floats and undulates around the scorching riffs and finger-blistering tremolo melodies which pour out of Saunders’ guitar, since I’ve always held the opinion that the very best Black Metal bands are the ones who give their bassists room to manoeuvre and create (and don’t just completely bury them in the mix).

Avoiding the pitfalls of aimless repetition, the band take great care to keep the dynamic constantly shifting and evolving as the song progresses. In fact by the time you hit the half-way mark (which sees things pulled back to a mid-paced, ominous crawl of precise, pitch-perfect drums and massive, crashing chords) you could almost be listening to an entirely different song altogether, if not for the subtle use of familiar melodic themes to help tie the whole shebang together, right up to its ferocious, atmosphere-drenched conclusion, which sees everything coming back around full circle.

Unlike its predecessor, “Nadir” goes straight for the jugular, a quick burst of feedback the only thing preceding the sudden blast-wave of fury which the band then unleash upon the listener, each member thrashing away at their instrument like a man possessed.

“Possessed” is also an appropriate term to use when talking about the vocals as well, which really do reach into some truly unhinged realms this time around, Saunders and Walton shrieking and growling and howling their hearts out in between lengthy passages of pure instrumental intensity which switch effortlessly between brimstone-encrusted savagery and bowel-shaking, grime-soaked grooves of an almost doomy nature.

In the final reckoning Mors Secunda is an incredibly immersive, incredibly hypnotic, and atmospheric piece of work. There’s no doubt about that. But it’s not necessarily a welcoming or hospitable experience. It’s grim, and it’s forbidding, and well worth every second of your time.

Mors Secunda will be released via Code666 on December 2, 2016. “Apotheosis” can be streamed here.