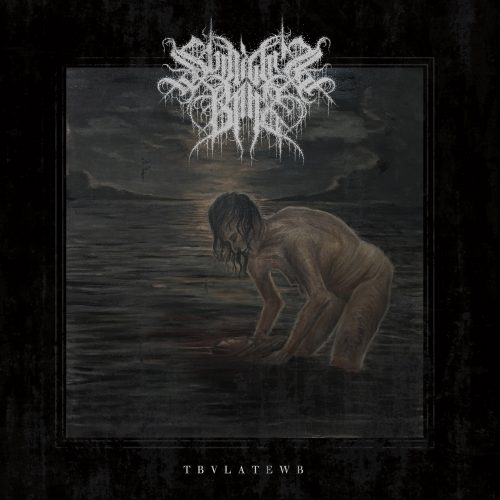 I’m not sure anyone can really prepare themselves to take a vicious beating, but that’s our advice to you before listening to “Begrudging Soul“, which is the song we’re premiering from the new album by Sunlight’s Bane from Michigan.

The album’s name is The Blackest Volume: Like All The Earth Was Buried (aka TBVLATEWB), and it will be released by Innerstrength Records on February 17. NCS writer TheMadIsraeli reviewed the album last month, summing it up as “an unrelenting powerhouse of feral ferocity and carnage and also an interesting exercise in sub-genre hybridization”: 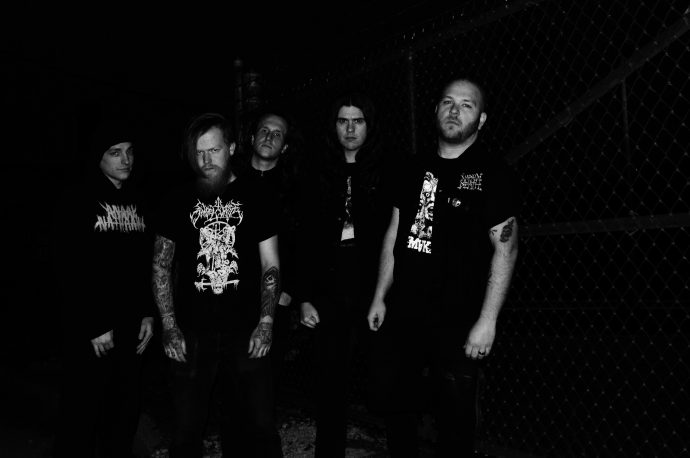 “An interesting combination of death metal, black metal, hardcore, and grindcore, this album accomplishes a grim and unrelentingly belligerent attack that sticks out from the pack…. This album really has just two modes of operation: a frantic, panicked. fast-as-fuck opening of portals that throw you into hell, and a slow, agonizing, torturous oppression that drags you into hell. Whether they’re delivering scorching death metal, a cascading rain of black metal fury, the stomp and rage of hardcore, or the frantic insanity of grind, these guys really have a good thing going.”

“Begrudging Soul” mounts its assault with demolishing riffs and a burly, bone-breaking drum and bass assault, with the vocals exclaimed in a shrieking fury and a murderous howl. It begins in a savage rage and slows to a cold, methodical bludgeoning. A tumbling drum progression accompanied by feedback and grim spoken words pave the way for a breakdown that’s bleak and mercilessly skull-smashing. And as the song continues to hammer like a hellish machine, it really gets its hooks in your head, too. But there’s no reprieve and no light that shines in this darkness.

Sunlight’s Bane got the right kind of help for this kind of pitch-black audio trauma: TBVLATEWB was recorded by Andy Nelson at Bricktop Recordings (Harm’s Way, Weekend Nachos, Exalt, Dead In the Dirt) and mastered by Brad Boatright of Audiosiege (Nails, Full of Hell, Integrity, Twitching Tongues).

One Response to “AN NCS PREMIERE: SUNLIGHT’S BANE — “BEGRUDGING SOUL””