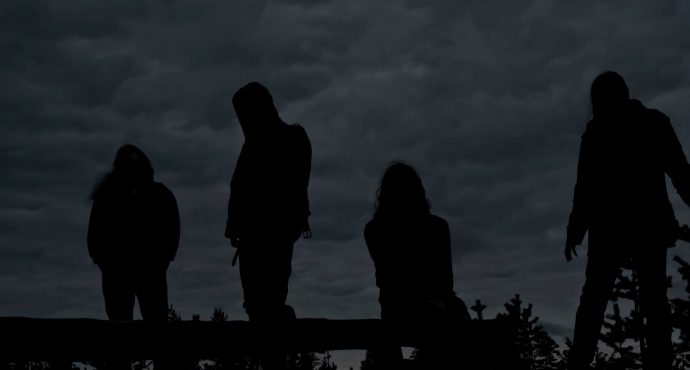 (Our Norway-based contributor Karina Noctum brings us this new interview with Andreas Vidhall of the Swedish band Stilla.)

Stilla is an interesting band with a distinct sound. Their artwork is pretty somber, cold, organic, and melancholic, and so is the music.

The last album Skuggflock has some Darkthrone-ish influence and I simply love that. Another band that I like for the same reason is Hate Meditation. But in spite of those common vibes, you can’t really say the bands are alike. I prefer to use the word “vibes” since the degree of presence and the way in which a band let their influences flow into their own compositions (whether consciously or unconsciously) varies so much. Personally I find it delightful to listen for those details, it keeps it interesting.

Skuggflock gives you a bit of Ulver-like ambience at times, but it can switch to avant-garde Arcturus style,  slighty goth, and even stoner. It’s complex if you pay attention to the details, but everything is done in a subtle way, not messy or overwhelming. It’s just enough detail and change to enrich the musical experience. You can say Stilla dwells both in the past and the present. They have succeeded in composing an album that gives you the ’90s BM vibes while incorporating diverse influences that render it modern — but not so modern as to call it “post-black”. I think they have kept a balance, and that also makes the music enjoyable. 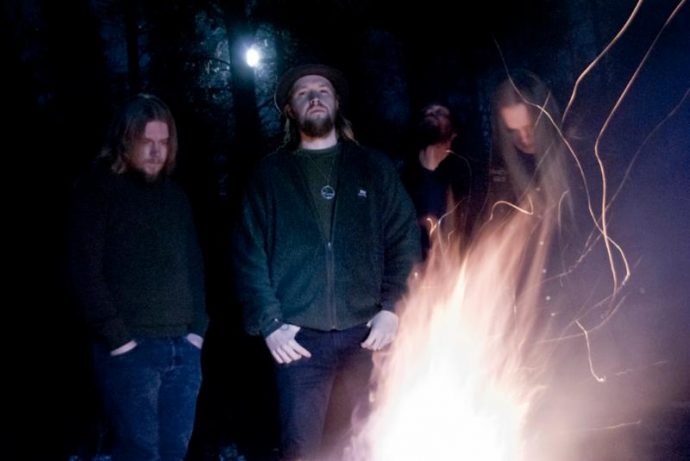 Who are you guys? Where do you play besides Stilla? And why did you start the band in the first place?

We’re four loners from the outskirts of the Swedish “metal scene”, involved in a dozen or so bands. Related projects you might or might not have heard of: Bergraven, De Arma, Saiva, Lönndom, Deranged, Arkhe, etc. The band began as I and Pär (bass and guitar respectively) desired to create something together, going back to the old stuff we enjoyed when we were younger, the atmospheres of mid-’90s black metal, soon hooking up with Andreas and Johan to record the debut album and forming the band, late 2012.

I think you’re the first person who hears anything remotely related to punk in Stilla’s music; can’t say I can hear anything like that at all! To me, punk is nihilistic, simple, fast, and aggressive rock & roll, which of course was an early influence on metal (in the area of Motörhead, Discharge, Venom, GBH, etc.), but Stilla is a far way from that violent origin of the extreme metal genres.

Sure, you can find a bit of everything in our listening tastes, from postpunk and country and progressive rock to art music and film music and whatever, but what mostly influences Stilla is the dark magical atmospheres of ’90s black metal. (You can of course always hear a Celtic Frost influence, and early CF riffs had quite a lot of punk in them…)

But you are of course entitled to hear such an influence in Stilla; what we put into it and what reactions are sparked in the listener’s mind are leagues away — we’ve been called “post-black metal”, “folk black metal”, “progressive black metal”, and those labels are all way off from our point of view. 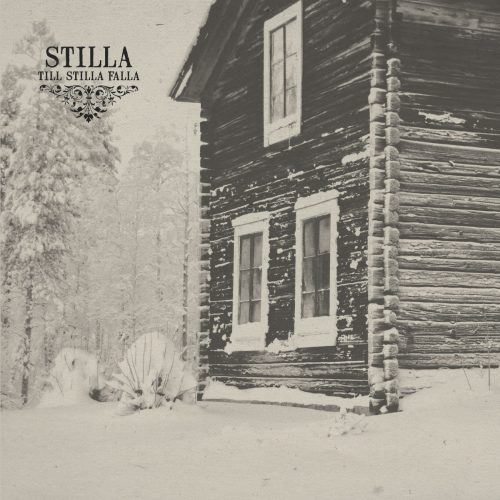 You have made an effort to create something that I want to call “authentic.” I can hear it. My thoughts behind this statement are related to the huge number of underground bands out there who shamelessly produce generic stuff without a soul. Some, pretty few, actually, succeed in delivering something listenable. Back in the day you needed some sort of musicianship, or at least to turn your soul inside out and let it flow into the music to make it.

So yeah I think I have made my point now. Stilla stands out as authentic, so how did you achieve it? How long did it take? And who is behind all the extra stuff that belongs to many subgenres and is layered throughout the album.

You have to be true to your own expression, your own ideas and ideals, your will, add something worthwhile to the table. Otherwise you might just as well be quiet. We’re not doing this to grow a fanbase, to cultivate our personas, or reach some kind of acclaim, we don’t play live, and we hardly interact with the outside world as a band entity beside these few interviews. With Stilla we just create according to our ideals, though obviously this is far from our first band; when you’ve done a few albums, you tend to grow as an independent artist in your own merit, find your voice and will, so to speak.

You guys live in different parts of Sweden, making it a bit difficult to jam, I guess you don’t meet often, so how do you think that influences the music?

Correct, these days we’re all sequestered in different parts of Sweden, so get-togethers are few and far between. Hard to speculate how we would sound and work if we could rehearse regularly, perhaps exactly the same, or perhaps completely different. Our way of working now leaves some things to be desired, but it also forces us to focus on the actual product, the final albums, rather than getting along in some poorly ventilated basement once a week.

The lyrical themes are pretty down-to-earth and something mature. Metal, out of all things, is a playground for immaturity. The lyrics make you reflect, and are kinda introspective. Where do you get the inspiration? Is there any particular literary stylistic element to find there? And for all those who can’t understand Swedish, could you give us an overview of what the lyrics are all about?

Thank you. Our sources of inspiration are many, a lot from the literature that we indulge ourselves in — Swedish authors like Karin Boye, Selma Lagerlöf, Harry Martinson, Pär Lagerkvist; older Gothic or cosmic horror; and certainly small doses of philosophical science fiction and various other “fantastic” genres. It’s the desolation and melancholy we’re working with, the depths of space and time, the solitude of olden days and nature, the yearning away from… 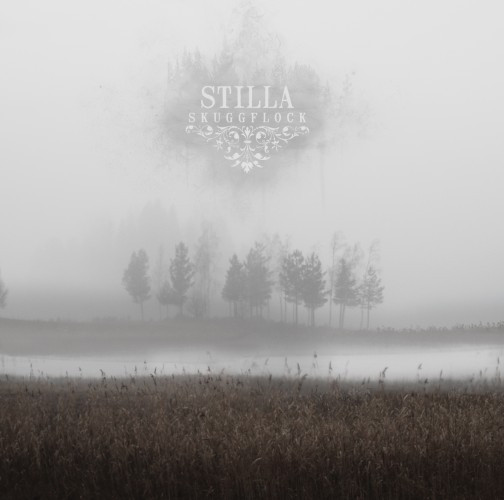 The cover artwork is basically what you would expect to find walking in rural Sweden. It is pretty simple, but melancholic and organic at the same time. I guess it is pretty neutral. That’s my opinion, but how about you guys? What does the artwork mean to you?

As you said, rural, simple, and melancholic. We wanted to make use of artwork that struck the same chord as the music and lyrics, so it becomes an aspect of the whole, like a shard or a glimpse of the greater things portrayed in the music. The four covers we’ve used (one for Till Stilla Falla, two for Ensamhetens Andar, and now one for Skuggflock) each show a ghost-like presence within an otherwise calm and rural setting; a house in front of a forest, a ghost in front of a house, a crescent moon and some kind of wraith in a tree, and a shadowy entity hovering above a misty marsh landscape. They simply resonate with the music, the lyrics, and the idea of what Stilla is about.

How do you think your evolution as musicians shows in Skuggflock compared to the past album?

That is difficult to pinpoint from within the band, I will leave that to listeners and critics. It’s not an end in itself to evolve as individual musicians; we perform as the music demands. Next album might become ultraprimitive and violent, who knows.

I guess there are still no plans to ever tour or something. Would you say that you are satisfied with having made the album and there are no further ambitions?

Yes, we are satisfied as it is now. We march forward in our set path, and meet whatever appears before us as it does.

If you are updated with the Swedish scene, could you tell us what is going now nowadays there that is worth mentioning? Any bands we should listen to?

The new PANPHAGE album out soon on Nordvis is a killer, you should keep an eye out for that. Otherwise I mostly indulge in Judas Iscariot and old Black Witchery these days, so I’m the wrong person to ask… Also I must celebrate DUGHPA. A project related somehow to the Aetergap family, who’ve released an album and a tape of mysterious, minimalistic space exploration music. Truly amazing, for fans of Neptune Towers and Cintecele Diavolui. Analogue synthesizers and cosmic solitude. 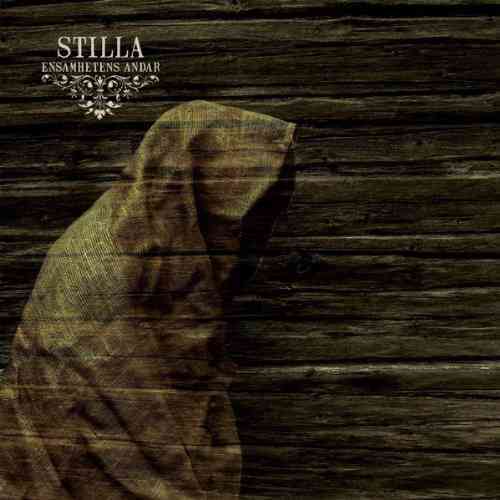 Do you have a favorite song out of Skuggflock, and if so, what makes it special to you?

I would have to say “Till den som skall komma“. The solemn pace, the cosmic depths of the synthesizers, it takes me back to the early days of Arcturus (among others). Also, the lyrics have a deep resonance with me that I can’t pinpoint (a person close to the band said it reminded her of Hildegard of Bingen); I wrote the opening part a long long time ago, and the main section came to me during the first Stilla studio session. Also, the closing piece “Ett inre helvete – Ett yttre helvete” elevates our work to a whole new level of cosmic terror and existential nightmare. When I listened to the final master for the first time, it sent shivers down my spine.

And this is a question I’m asking a lot lately: where do you think Black Metal is heading? Where will this end up? I’m seeing lots of weird stuff under the Black Metal flag lately and I don’t really know what to think. What’s your opinion?

I think the genre and/or ideology we call BLACK METAL will continue to thrive, most of all in the constant strife within itself, forcing itself to be renewed and repurposed by new generations with new ideals. We will always have the retrograde nostalgics and necrophiliacs enraged with everything that sounds unfamiliar, and we will keep getting iconoclasts desiring musical and ideological revolution — some heading down cul-de-sacs head-first, some breaking through walls opening up new paths for others to follow. Orthodox versus progressive, nihilist versus idealist; black metal is such a potent artform that it will keep surging, regardless if some of its bannermen and legends are hugged to death by mainstream culture or if it’s appropriated by (gasp!) hippies or hipsters or socialists or national socialists. If you fear for your culture’s survival as soon as someone who doesn’t think like you, act like you, or work like you, appear and claim to be part of it, … grow up.

Besides the fact that I like and recommend Stilla, why should our readers listen to it in your opinion?

Because we’re not run-of-the-mill pretentious bullshit like most of the music in this genre produced today is. I don’t know.

The fourth STILLA album will be recorded in the early days of May this year, it seems. That is all for now.