Tomorrow is Season of Mist’s official North American release date for the new album by Nidingr — The High Heat Licks Against Heaven — and today we’re sharing a full stream of the new work.

This is the group’s fourth album and again finds guitarist/composer Teloch (Mayhem, The Konsortium, ex-1349, ex-Gorgoroth) and vocalist Cpt. Estrella Grasa in harness together, along with drummer Øyvind Myrvoll and bassist SIR. 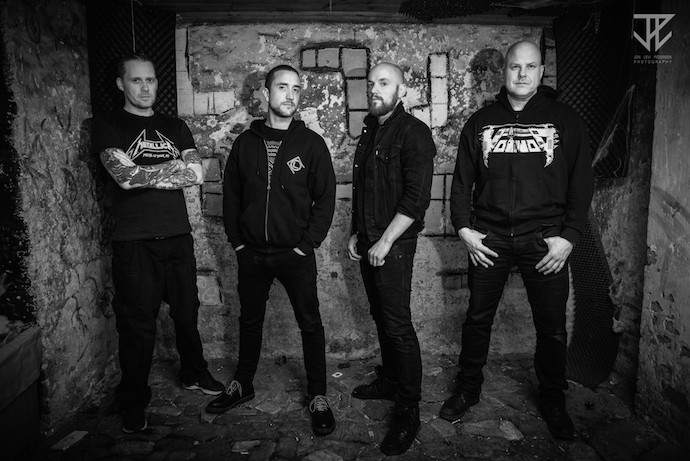 Last month our man Andy Synn provided a timely retrospective on all of Nidingr’s albums to date, reviewing each of them (including this new one) in one place. He praised The High Heat… for Nidingr’s continuing willingness to experiment “while also retaining, and further refining, the sound which they defined so perfectly on Greatest of Deceivers“.

Teloch himself has commented on the new album in this way:

“For Nidingr, making an album is a very personal and honest thing that takes a toll on everyone involved. We must be true to an idea and execute it. We do not fuck around.

“As usual Nidingr experiments with new elements on this album too. The goal was to simplify things without losing quality and still keep the elements that Nidingr is known for, which is a challenge by itself.

“The High Heat Licks Against Heaven is more raw and ‘in your face’, emphasizing the blistering speed and heaviness, which makes it even more extreme. The 7 string guitar is still a big part of the Nidingr sound, as it has been since the first full album in 2005.

“As always this is the best Nidingr album to date.” 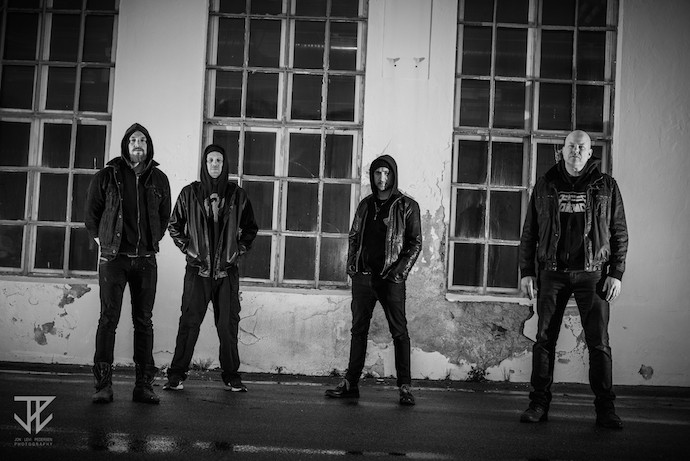 That last line may make you smile (and I suspect Teloch was smiling when he said it), because of course everyone claims that their latest album is the best yet. And here, that’s a big claim, given the accomplishments of Nidingr’s previous releases, and especially the mastery displayed on Greatest of Deceivers five years ago. But it’s not an empty claim.

No doubt there will be debates about whether The High Heat… has exceeded the achievements of that brilliant last album, but it is at least in a very close race. The new album includes many instant Nidingr classics of unbridled fury (such as “On Dead Body Shore” and “Valkyries Assemble”), utterly crushing numbers (most prominently “Heimdalagaldr”, which is arguably the heaviest track the band have ever recorded), atmosphere-heavy chillers (“Gleipnir”), strangely twisting and turning pieces that reflect more avant-garde impulses (“The Ballad of Hamther”), and the grim and grandiose epic finale, “Naglfar is Loosed”, which includes angelic guest vocals by Amalie Bruun (Myrkur).

The album’s variety is one of its many strengths, and it is consistently strong, with the songs named above being only examples of the album’s front-to-back quality.

The track list and ordering options are provided below, followed by our premiere of the album stream, which we hope you enjoy every bit as much as we have.

2 Responses to “AN NCS ALBUM PREMIERE: NIDINGR — “THE HIGH HEAT LICKS AGAINST HEAVEN””