So I thought I’d start with that announcement about a new band (pictured above), the name of which is John Frum. The announcement caught my eye both because of who’s in the band and because of the source of the band’s name, which is quite interesting. Here’s the explanation: 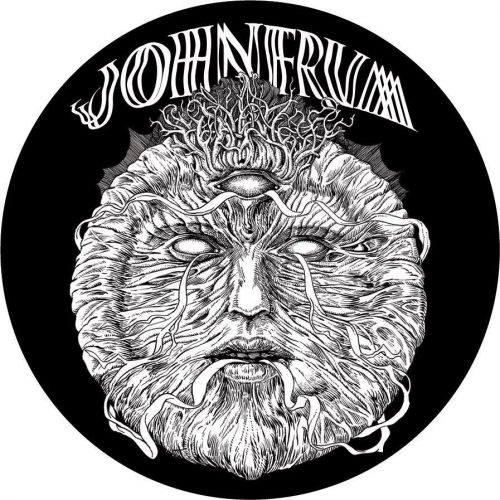 “This is February 15, John Frum Day. On this day, cult followers from all over the island of Tanna in the South Pacific nation of Vanuatu come to the village of Lamakara at Sulfa Bay to march, raise their flags and celebrate their esoteric way of life. This is also the day that the patron saints of altered states known as John Frum reveal to the world the first glimpse into their chronicle of auditory disturbances.

“…John Frum borrows its name from a relatively isolated group of natives in the South Pacific islands, known as a Cargo Cult, who first used the alias John Frum as a means to reject European ways, escape oppressive missionaries, and return to their old traditions. The narrative changed, during the war in the 1940s, to reflect their encounters with thousands of American soldiers who spectacularly descended on that region by sea and air with crates of wartime materials dropped from the sky, known as ‘Cargo.’ These events drastically changed the beliefs and lifestyle of the islanders as they took the soldiers and their offerings to be god-like, as they descended from the heavens.

“Alt-religious narratives induced by these encounters were incongruent with islanders’ long-held beliefs, yet the natives could not deny the call of the cargo. Attempting to reconcile their existing beliefs with the new understanding of the outside world led to some strange interpretations which evolved into a bizarre narrative about a dark-skinned soldier-deity who resides inside a nearby volcano, and who many believe will one day return, showering them in riches and technology.”

The press release I saw also provided a link to an in-depth account of John Frum Day in The Smithsonian Magazine — HERE.

Interesting, no? Also interesting is the band’s line-up. Check this out:

And finally, I was intrigued by this description of their debut album, A Stirring in the Noos, which will be released by Relapse Records in May: “Nearly 6 years in the making, John Frum’s unorthodox debut maneuvers through 40 minutes of darkly psychedelic and meticulously crafted death metal, the backdrop of a bad trip.”

And with that I’ll leave you with this intriguing teaser of music from the album:

And now I’ll turn to the songs I collected in response to Grant Skelton’s request for ideas, beginning with the song that popped into my head immediately (and is one of my favorite metal tracks of the last five years). If you’ve got more suggestions for “psychedelic death metal”, please leave them in the Comments.