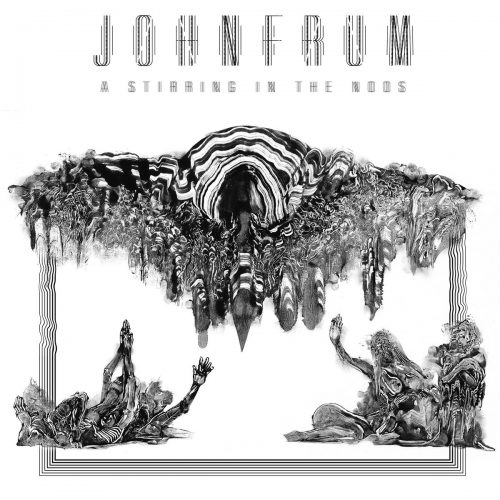 Like most people new to John Frum, I was curious what the album as a whole would sound like, and hopeful that their enormous combined talents would make for something special. I was not, however, ready to have my brain scrambled, and my expectations destroyed, to the immense degree that A Stirring in the Noos has managed to do for me. I’ll admit that during my initial phase of listening, I was unsure how I felt about this release, sensing weaknesses in some of the tracks that I’ve now come to appreciate as crucial and important within the context of the full experience they’re delivering. But we’ll touch on that point more in a bit. END_OF_DOCUMENT_TOKEN_TO_BE_REPLACED

Doedsvangr is yet another group formed and fronted by Norwegian artist Doedsadmiral. His other groups include Nordjevel, Svartelder, and Enepsigos. For Doedsvangr, he is joined by Finnish guitarist Shatraug (Horna, Sargeist, ex-Behexen, Nightbringer) and drummer Anti-Christian (Tsjuder, Beaten To Death). Their debut album Satan Ov Suns will be released by the Belgian label Immortal Frost Productions on March 27. END_OF_DOCUMENT_TOKEN_TO_BE_REPLACED

So I thought I’d start with that announcement about a new band (pictured above), the name of which is John Frum. The announcement caught my eye both because of who’s in the band and because of the source of the band’s name, which is quite interesting. Here’s the explanation: END_OF_DOCUMENT_TOKEN_TO_BE_REPLACED