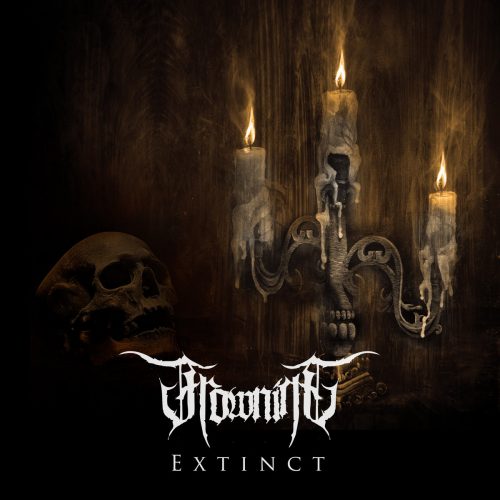 With the exception of the exquisite cover of Chopin’s “Marché Funebré,” Extinct consists of four dismal dirges which gradually progress in length. “Nocturnal Void,” the first track, is just shy of 10 minutes, while the sullen epic “Buried Deep” is over twice that. But what distinguishes Extinct is musicianship and songcraft. Let me explain what I mean. 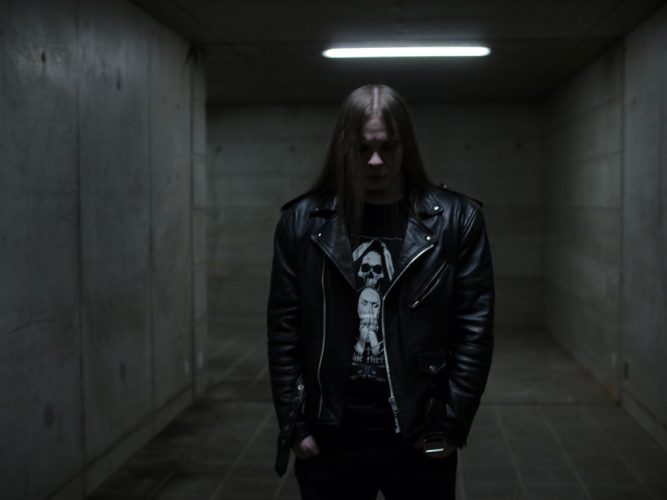 One-man funeral doom bands are a dime a dozen. Grab a guitar, churn out some riffs, grumble into a microphone ad nauseum for about ten minutes or so. Cue a drum machine. Bass optional. Maybe throw together some vague lyrics about dying to die a deathly death until you’re dead. Repeat. Not so with Frowning.

You see, there’s an “everyman” quality I find in Val’s music and lyrical narrative. Yes, the genre is doom metal. But the essence, nay the raison d’être, is not doom for doom’s sake. Doom is just how Val articulates the narrative. But doom is a certainty. According to some, the only certainty.

Within the same time period that I listened to this album, I read Thomas Ligotti’s The Conspiracy Against The Human Race: A Contrivance Of Horror. Ligotti posits that human consciousness is a cosmic aberration, an evolutionary hiccup if you will. Life causes suffering, therefore life is not good. Furthermore, it is wrong to bring into existence other beings who would endure suffering. Ligotti advocates for voluntary human extinction through our refusal to procreate.

I could not help but to ponder some of Ligotti’s conclusions, especially while listening to an album titled Extinct. Perhaps life is limited to horror. Perhaps the universe is passively indifferent, if not openly hostile, to our existence. Perhaps there is nothing to fill the “Nocturnal Void.” That void may indeed be all that there is.

The breeze—the breath of God—is still—
And the mist upon the hill,
Shadowy—shadowy—yet unbroken,
Is a symbol and a token—
How it hangs upon the trees,
A mystery of mysteries!
From “Nocturnal Void”

Thanks to Zoheb at Qabar PR for sending me this promo. And thanks to Frowning for a diamond of an album.