So, in a vain bid to get ahead of the curve a little, here are five six seven upcoming releases which I’m extremely stoked/jacked/hyped to hear this year, starting with… 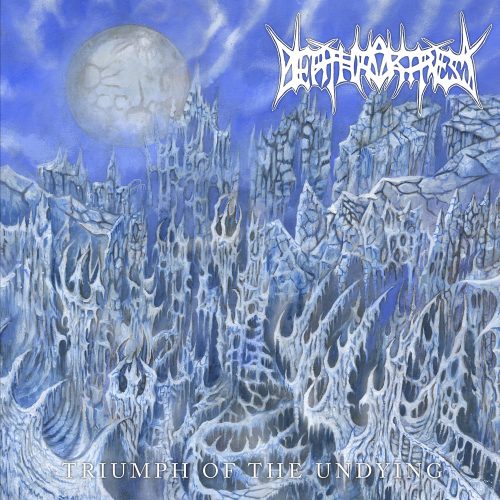 DEATH FORTRESS – TRIUMPH OF THE UNDYING

That’s right, there’s ANOTHER new Death Fortress album on the way! Barely a year since their last one, the band’s label, Fallen Empire Records, recently announced that work on their third album, to be titled Triumph of the Undying, has been completed, as well as releasing the suitably old-school cover art (by Raul Gonzalez) you can see above.

Now, normally, I would have some reservations about a band delivering their third album before the dust has even fully settled from the release of their second, but Death Fortress have so far blown me away twice in succession, so my hopes are high that album number three will continue this trend.

If you’re unfamiliar with the band, or simply need a reminder as to how heavy, harsh, and hellishly hooky their particular blend of Black/Death delights can be, then check out last year’s ravenous Deathless March of the Unyielding below: 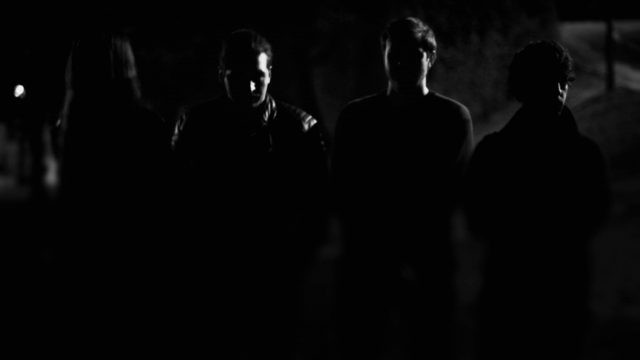 Way back in 2015 (if you can remember that far back) I stumbled across a hithertofore unknown French band named Barús. With a sound balancing the angular darkness of Meshuggah and the oppressive gloom of Triptykon with the dissonant, Post-Death atmosphere of Ulcerate and their kin, the band quickly wormed their way into my affections, and their debut, self-titled EP unsurprisingly proved to be one of my favourite releases of the year.

So you can imagine my joy when the band announced, last month, that 2017 would see the release of some new music… although whether this will be another EP, or a full-length album, I don’t know.

Either way, it’s bound to be something special.

Check out their EP below, if you haven’t already. 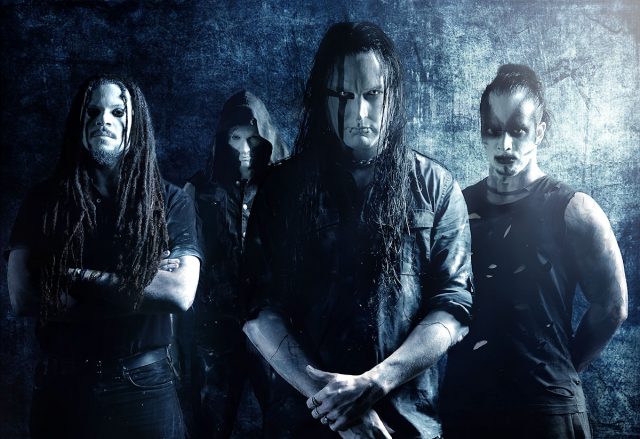 Infamous Synn Report alumni, and one of my most listened to bands, German sensations Agrypnie are currently in the studio finalising the recording of their fifth, as-yet-untitled, album, which promises to be yet another visceral explosion of multi-textured, multi-faceted, blackened prog/post metal catharsis.

While we’re waiting for more info from the band, why not give their previous album, Aetas Cineris, a listen below, or delve deeper into their discography by clicking here? 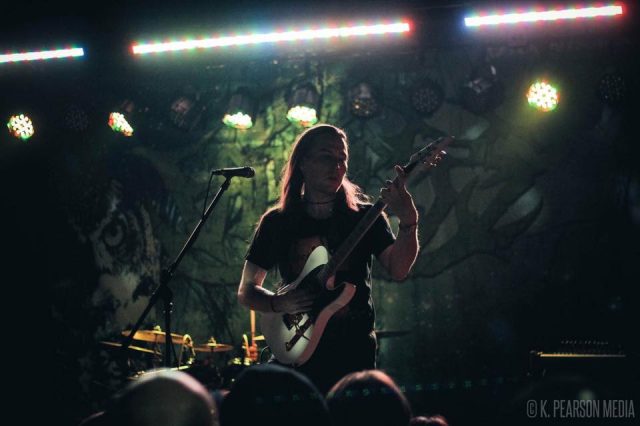 Yes, yes… we’ve all been waiting a loooooooong time for this one. Michael Keene certainly isn’t what one would call a “prolific” writer these days, nor has he been able to hold down a stable line-up for more than a hot minute over the last several years. All these things are facts.

However, unlike certain other near-mythical beasts (Necrophagist III, the Sea Shepherd EP) it appears that the fourth Faceless album (featuring vocals from Ken Sorceron of Abigail Williams, who should also be releasing their highly-anticipated new album sometime within the next 9 months) actually IS going to finally see the light of day, and rumour has it that a certain unnamed writer at this very website may already have heard a little bit of it.

So, to wet your appetites a little, here’s the last piece of “new” material which Keene and co. put out, back in October 2015, a sprightly little ditty by the name of “The Spiraling Void”, which may, or may not, end up on the new album. 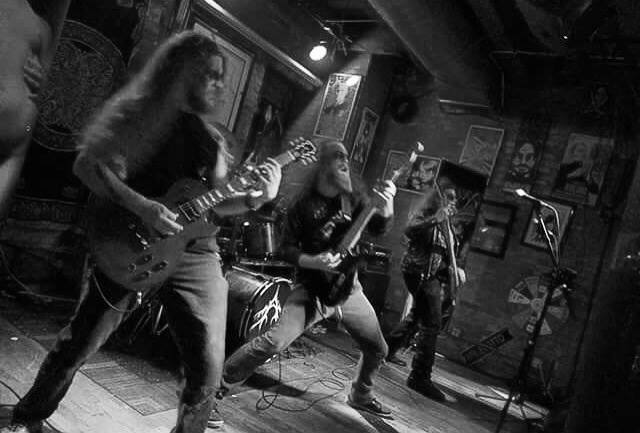 A HILL TO DIE UPON – TBC

At one point I was very concerned that we might never get any new material from A Hill To Die Upon, as it seemed the band was all set to descend into a state of perpetual hibernation following the release of the fantastic Holy Despair in April 2014.

But praise Jesus/hail Satan (delete as appropriate), the tail-end of 2016 saw the band’s mighty gears begin to grind into motion once more and now, following an expansion of their line-up to a full five-piece, it looks like the Illinois immortals are once again ready to ride.

Fingers crossed that their new album is just as good as all their others have been. 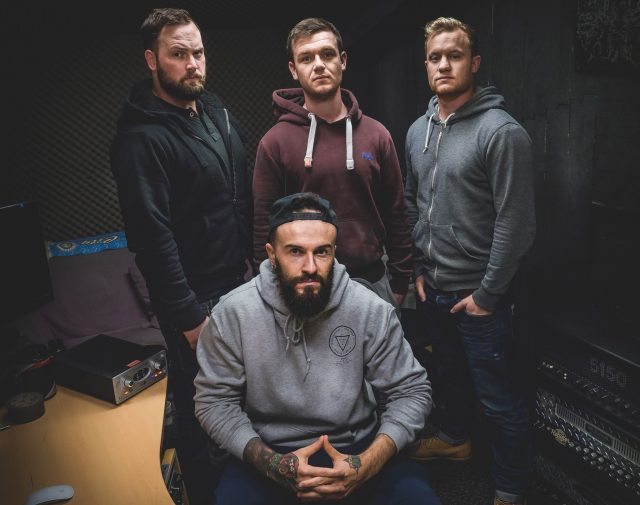 In case you hadn’t heard, …And So It Came To Pass, the second album by British bruisers Dyscarnate, is not just an incredibly underrated and underappreciated album, but also one of my all-time top Death Metal albums to boot. And although it’s been five long years since that album’s release, it still remains in regular rotation on my system, alongside other such unsung gems as The Famine’s Architects of Guilt and The Barren Throne, the similarly punishing second album by Iceland’s Beneath.

With the band (now including new bassist/vocalist Al Llewllyn) currently ensconced in the studio putting the finishing touches to their third opus – though, who knows, by the time this is published they may well have completed the recording process entirely – and with multiple tour dates and festival appearances already lined up, 2017 looks set to begin a whole new era for the English iconoclasts. 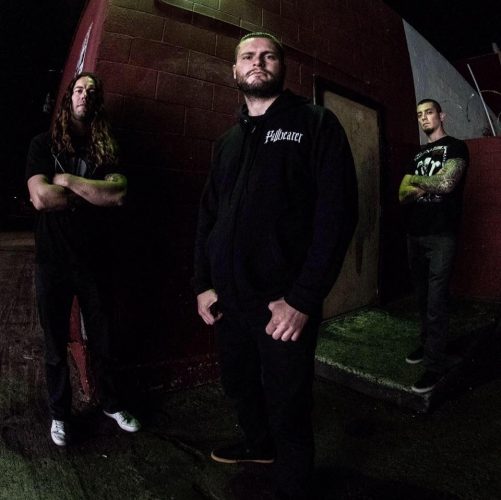 And last, but by no means least, 2017 will bring us the third Turbid North album, which I am practically salivating over already, as their previous release, the stunning Eyes Alive, has long since become one of my go-to albums for practically any situation (even if I haven’t yet managed to snag myself a physical copy on CD).

Of course I have a hard time believing that the Alaskan/Irish/Texan titans’ next release will manage to actually displace Eyes Alive in my affections, such is my love for every aspect of that album, but if the three-piece manage to recapture even three-quarters of the same metallic magic, then they’ll be well on track to be one of the year’s big winners.

Of course this is nowhere near a comprehensive list (obviously), and largely skips some of the bigger names, (cough… Satyricon… cough… Leprous… cough-cough… Solstafir…) who should also be gracing us with their presence again this year, but hopefully it’ll have introduced some of you to some new bands you might want to keep an eye/ear open for, or else will have helped remind you of a band or two you may have forgotten about in the hurl and burl of modern life.

So feel free to chime in below with some of your most anticipated albums/EPs, and help spread the word about some of the great music we’re set to experience this year.