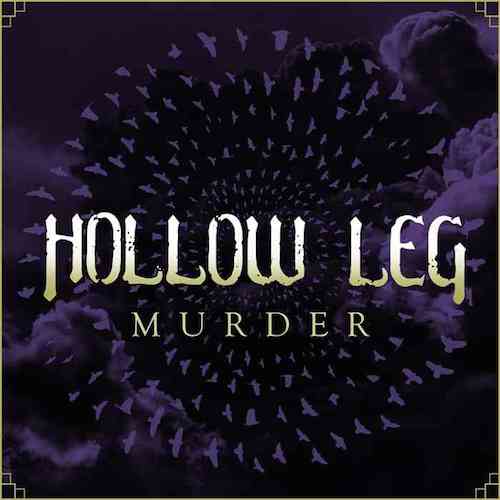 Don’t skip to the 2:55 mark on this video. I mean, I’ll grant you, it’s damned tempting, at least if you want to bang your head ’til it comes off while the music hammers it until your skull risks splitting open like an overripe melon. But don’t do it… if you do, you’ll miss out on some highly addictive earthquaking and steamrolling leading up to that sweet moment.

The video you’re about to see is molded around a titanic head-mover named “Raven“, which is one of the two songs on Hollow Leg’s most recent EP, Murder, which was released by Argonauta Records on March 3 of this year. 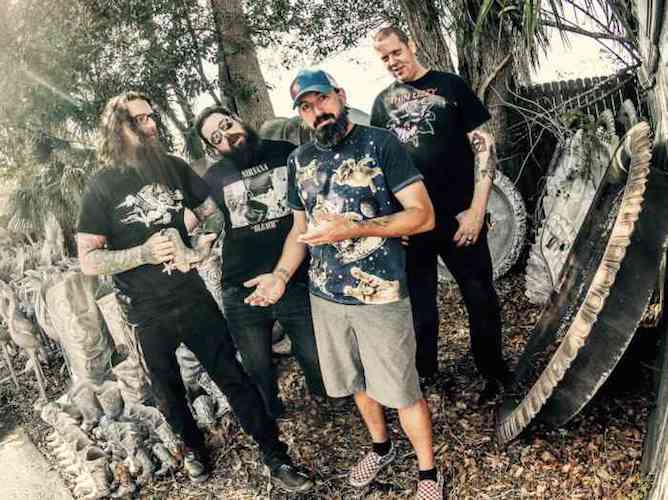 If you haven’t heard the EP yet, both songs (the other being the title track) are massive attacks — hybrids of sludge, heavy-grooved rock, acid, and murder.

In that run-up to the 2:55 mark in “Raven”, Hollow Leg rumble and roll with gut-busting bass and drum rhythms and riffs thicker than a sumo wrestler’s thigh. There’s an air of creeping menace and descending gloom in the melody, and a red tint of violence in Scott Angelacos’ gritty, scarring wail. And in addition to an earth-mover, the front part of the song is a head-mover, too.

But the real head-moving comes when the chugfest begins about three minutes in. You could ride that for a lot longer than Hollow Leg let you, but you also get a wraithlike solo that feels part fever-dream and part opium-dream before the band reach the end of this hangman’s rope.

The video consists of scenes from the studio and surrounding environs and is much more humorous than the song, which is a heavy trip in more ways than one.

Check out the video below, and catch Hollow Leg on stage at Maryland Doom Fest on June 24 and at Psycho Las Vegas in August.