What Passes For Survival is the new album by New York’s Pyrrhon. Given this band’s track record, it will be a must-listen release, simply to discover what kind of twisting terrors their imaginations have conceived this time around. But we do now have a clue. 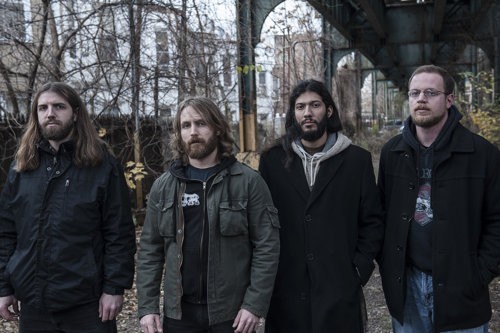 Yesterday the first advance track appeared, an ode entitled “The Happy Victim’s Creed“. At one level, the song is mayhem — unpredictable, explosive, and freakishly unhinged. At another level, it’s a remarkable display of high-speed instrumental acrobatics — and I do mean remarkable.  At yet another level it’s as vicious as a junkyard dog.

I haven’t nearly run out of levels, but I’ll mention just one more: It’s completely mesmerizing — it can catch you up, whirl you through its dizzying, labyrinthine machinations, and leave you gasping, and trying to find the “play” button after your eyes are able to focus so you can hear it again.

What Passes For Survival was tracked live, and it was mixed and mastered by Colin Marston (Gorguts, Krallice, Dysrhythmia). It features yet another creation of Caroline Harrison on the cover, which is yet another image that won’t pass from memory easily, or at all. The album will be released on August 11 by Throatruiner Records on vinyl, and by Willowtip Records on CD.

We were enormous fans of this German black metal band’s last album, Stellar, from 2015. My friend Andy went so far as to call it in his review “a near-perfect snapshot of the genre. Its power and its potential. Both what it is, and what it can be.” And on August 25 we’ll have another album from this band, one entitled Finisterre.

The first song to be revealed from the new album yesterday, through a lyric video, is in fact the second part of a two-part piece. To quote frontman Nikita Kamprad:

“In comparison to the quite complex and progressive instrumental ‘Skepsis Part I‘, the now premiered ‘Skepsis Part II‘ is a more straight forward composition, in which epic melodies are aggressively building up until the doomy grand finale. Ultimately, we consider both parts of ‘Skepsis‘ to be connected and forming one extensive musical piece.

“This lyric video also provides an impression and closer look at the extensive album artwork, which was created by our friend Max Löffler once again.”

I haven’t been able to get Andy’s impressions of this new song, but I’ll give you mine: As was true of much of Stellar, it’s a multifaceted thing, a rampant display of full-bore aggression alloyed with an array of melodic currents, some of them searing and soaring and others wrenchingly anguished or simply deliriously deranged.

As I hear it, the song has a core of emotional collapse, which becomes most pronounced when the frantic pace subsides near the end, and you simply drown in a beautiful pool of tears.

Finisterre will be released by Season of Mist and is available for pre-order here. 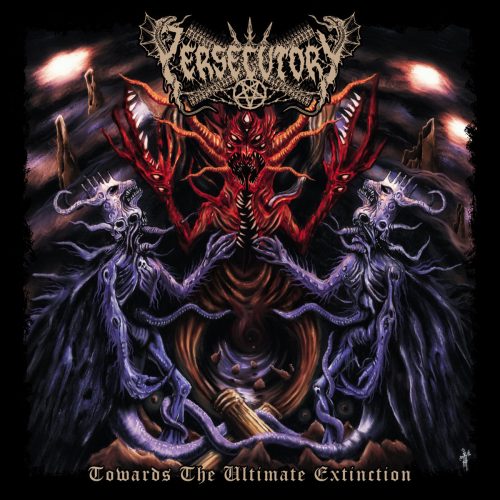 The next track is a long one, and an absolutely riveting one. It’s the title song from a debut album named Towards the Ultimate Extinction by the Turkish black metal band Persecutory. It follows an EP entitled Perversion Feeds Our Force, which appeared last year.

The song is a grim and gripping piece of slaughtering for much of its length, burning with the fire of unbridled passion. The vocals alone are remarkably intense, though they’re not exclusively the kind of harsh rasps and shrieks you might be expecting. Quite often, they are instead cries of splintering emotional power, which sometimes seem like a lycanthrope howling at the moon.

There are powerful, changing riffs in this roiling boil of venomous energy, and piercing solos that vibrate like snakes on fire. When the pace slows near the middle and again near the end, the rippling melody assumes a mantle of doomed majesty. And when the howling intensity surges again, it will jolt your spine and pop your eyes open.

The music is a tapestry of agony and ecstasy, offered in the name of Satan, and it’s unforgettable. It literally left my heart racing.

Towards The Ultimate Extinction is set for release on CD and MC at the end of June via Godz Ov War Productions. The wonderful artwork was created by one of my favorites, Alex Shadrin (Nether Temple Design).