So far, two songs have premiered from the debut album by the Polish project Biesy, one of which we’re bringing you in this very post — and both of them demonstrate the emergence of a precocious new talent. The composer, lyricist, and principal instrumental performer in the band goes by the initials PR, and this album — Noc Lekkich Obyczajów — represents his first recorded work, though you wouldn’t guess that from the music. In this endeavor he was capably supported by two session members, vocalist Stawrogin (Odraza, Massemord) and drummer MP (Outre).

This new album will be released by Third Eye Temple on September 9, and the song we bring you today, accompanied by a haunting video, is named “Czerń Nas Prosi“. 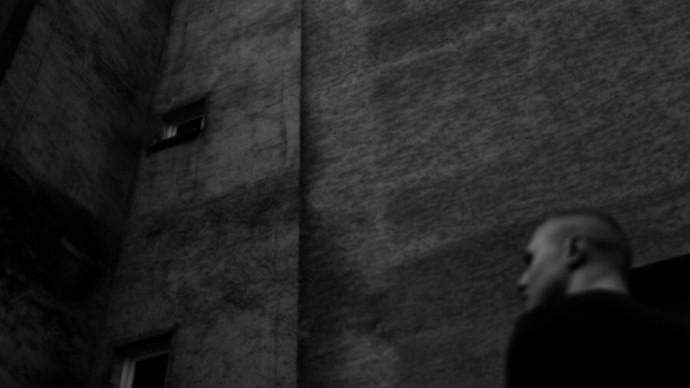 The track released before the one you’re about to hear, “Powroty”, was a sign that this would be an unusually strong debut. “Biesy” is a Polish word for fiends, and as I wrote when I first heard that first song, the tension-ratcheting dissonance, booming drumwork, and crocodilian growls at the outset of “Powroty” are indeed suggestive of fiendish malevolence and power. The music intensifies, the growls flaring into delirious cries and the drums becoming an artillery fusillade. Blaring chords and feverish leads turn the winding spring on the listener’s sanity to the snapping point, while the weight in the low end is bone-smashing and oppressive.

“Czerń Nas Prosi” is further confirmation of PR‘s abilities. The song creates an atmosphere of deep gloom and preternatural peril. In its opening, the music is soul-shuddering — grim, heavy, dissonant, and ponderous, anchored by massively heavy drum and bass plundering, with the lyrics growled in a way that’s just as cold and cruel as the music. Past the midpoint, the music becomes more quietly chilling, but this serves as a prelude to an eruption of orgiastic frenzy. As was also true of “Powroty”, this track is crazed, crushing, and absolutely transfixing music.

Third Eye Temple explains that Biesy “explores how urban concrete life can separate you from reality, but at the same time enables you to cross its borders”. They recommend the album for fans of Ulcerate, Kriegsmaschine, Outre, Immolation, and Odraza. Noc Lekkich Obyczajów will be released in two CD editions on September 9. Listen to both advance songs below.