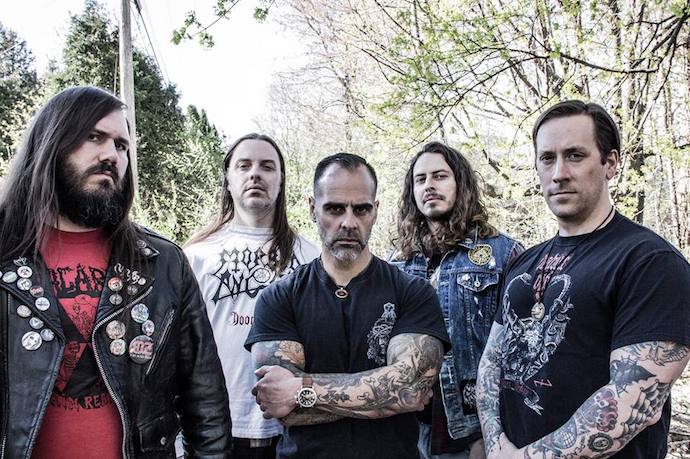 (We present Part 3 of a series of reviews by our Russian connoisseur of all things doom, Comrade Aleks, and today he shares impressions of, and music from, three more 2017 releases. Go here to check out Part 1 and here for Part 2.)

First of all, I’d like to remind you of the well-known ghouls from Temple Of Void. Next is the heathen coven Völur with their latest record Ancestors. And the third stage of this doom descent is Shape Of Despair, in case you missed the reissue of their monumental demo Alone In The Mist.

This Detroit-based death doom outfit returns from the grave side with a new collection of nightmarish stories of horror, death, and brutality.

I done a rough calculation… it shows that the death metal component with its faster, aggressive, and merciless spirit prevails in these songs. Temple Of Void works as a merciless punishing machine with Acid Witch’s frontman Mike at helm, two razor-sharp axes, and a killing rhythm section.

They tend to precise and fierce attacks performed at mid-pace and unleash in amok-sharp guitar solos that make the blood run cold. Song-writing is the band’s strong side: All compositions are effective and thrilling enough to listen to in whole and carefully. That feral growl really makes you forget Temple Of Void’s doom influences.

A bloody tale about a shape-shifting demon of the Philippines (“The Hidden Fiend”), a feast of ugly ghouls (“Wretched Banquet”), a good creepy macabre story with a death omen (“The Gift), and a necrophiliac romance (“Graven Desire”) – Temple Of Void could use these lyrics for some brutal death project. This violent flux of guitar work allows only thirty seconds of rest (the acoustic instrumental “An Ominous Journey”), and the other songs are a journey to the slaughterhouse. And they’re going to grind you there to the bone-dust too.

The second coming of three mysterious shamans who reveal new dimensions of hypnotic pagan rites is performed in an atmospheric and dark, doom-oriented way. Ancestors is the foggy woods, and the smell of brown foliage, its haunted marshes and lost places of worship.

Also, it’s a more corrupted and heavier variation on the themes that Völur started on the debut record Disir. The lineup is the same though: Lucas Gadke of Blood Ceremony on bass and vocals, Laura Bates on vocals and violin, and Jimmy P. Lightning on drums and percussion.

Ancestors is solid work in all its dissonance and obscure spirit. The shamanic and ritualistic “Breaker Of Silence” with prevailing female chanting vocals and ghostly violin, the quasi-industrial rhythm section and harsh vocals on the apocalyptic “Breaker Of Skulls”, the most folk-influenced and minimalistic “Breaker Of Oaths”, the strange and multilayered “Breaker Of Famine”, which entwines everything the three previous compositions bring…

This is indeed an authentic interpretation of Scandinavian mythology. The band have a very realistic vision of the old world’s experience — they know how to do it. It’s a deeper and more cryptic aspect of the energies that The Flight Of Sleipnir and few other bands spread. Yet there’s not another band like Völur now, and they show their potential in full. 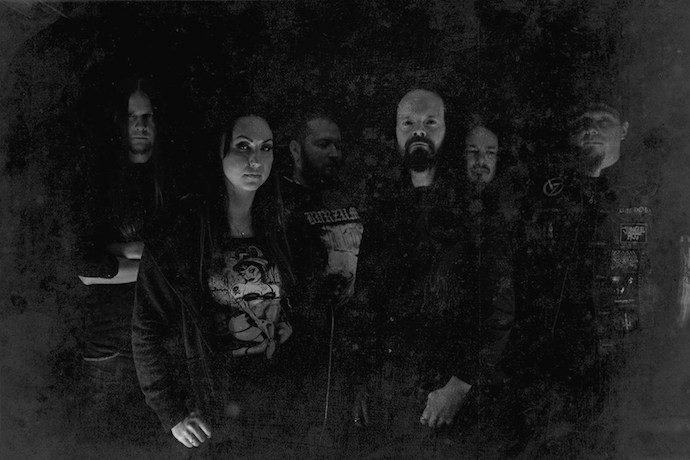 Shape of Despair: Alone in the Mist (Season of Mist)

Alone in the Mist is a documentary of Raven, the band which was a precursor of the mighty Shape of Despair. This demo was recorded in 1998 by the classic lineup, including vocalist Pasi Koskinen (Ajattara, Amorphis, and many more) and guitarist Jarno Salomaa, but it was never officially published, though most of the songs were performed on Shape of Despair’s essential debut Shades of… in slightly different arrangements.

This collection of first efforts launched by one of most influential Finnish funeral bands is a level and slow gradation of obsequial procession from the church gates to the burial place. The solemn and tense atmosphere of the record is composed of the equable pressure of the guitars, ethereal parties of keyboards, and growling vocals. This formula is performed nearly without variations, but if you are used to the monotonous pace of the hearse, then there’s no problem for you.

If you’re searching for more sophisticated musical experiences, then you had better check other Shape of Despair records — for example, their latest work Monotony Fields. But if you’re craving for the calming cold and soothing dark of winter’s suffocating embrace, then Alone in the Mist is your shelter. Slowly, slowly, down, down, under the mournful lullaby of a starless night you descend.

One Response to “A DOOMED DESCENT (PART 3): TEMPLE OF VOID, VÖLUR, SHAPE OF DESPAIR”