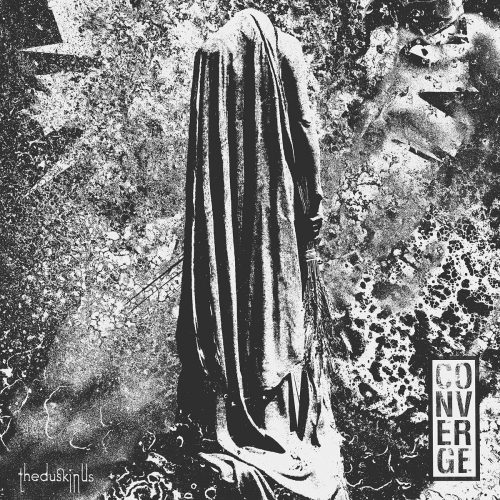 (This is Wil Cifer’s review of The Dusk In Us — the recently released ninth album by Converge.)

Twenty years ago a friend of mine said to me, “There is this band you would like called Converge, they are like if Sunny Day Real Estate was metal-as-fuck hardcore”. Over the course of those 20 years things have changed for the band. They got a new drummer and put out this album called Jane Doe that turned heavy music on its head. Their guitarist Kurt Ballou is now a highly sought-after producer. With their guitarist behind the mixing board for The Dusk In Us, you might expect to be hit by a wall of guitar. This is not the case. Instead you get guitars with a warm organic sound that sit back in the mix like they are just running straight into their amps. Even in the album’s more experimental moments it retains a very organic sound.

“Eye of the Quarrel” makes it pretty clear that their punk side has not gone anywhere. Bannon’s vocals are not screamed with the same emotional tumult of earlier albums. You can actually understand what he is yelling. They do return to the kind of grit I want from them on “Under Duress”. The chorus is almost sung in a throaty bellow, with the drummer throwing in angular accents and odd-timed punches. 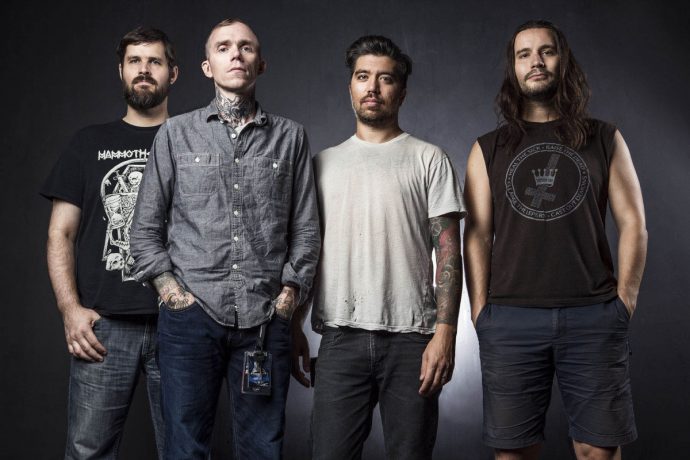 The spastic math acrobatics of “Arkhipov Calm” is the status quo for the post-You Fail Me sonic landscape of the band. Going into this album I had already watched the video for “I Can Tell You About Pain”. Musically the song connected with me with greater ease when heard through headphones

This band has two sides. One you witness on stage, represented through songs like “Wild Life”, though live Bannon barks his vocals in a more manic drill-sergeant style. The other side is more introspective and emotionally raw; this is what they delve into on the seven-minute title track. It’s obvious Bannon’s singing voice has come a long way, though it’s unlikely this or any of the other songs where he actually sings instead of screams will see the stage as presented here.

The band taps into a unique blend of atmosphere and tension on “Murk and Marrow”. They explore a wide dynamic range rather than punk temper-tantrums, going into a more AmRep-styled noise rock through the bass-driven thump of “Trigger”.

Both “Broken By Light” and “Cannibals” are short violent bursts of song, the difference between the two being the thrash metal riffs thrown into “Broken By Light”. “Cannibals” seethes with a more punk-blasted grindcore in its outburst. Strummed guitar might not be the first thing you expect from them, but thanks to Ballou it’s still rough around the edges. The vocals here fall somewhere between being whispered and sung. Over the course of the song they evolve into actual singing.

“Reptilian”, the first single to pop up on the internet, closes the album. It’s one of the album’s most clear-cut metal moments. Metal is something thrown in for a few measures here and there in other places, but here headbanging is in full effect.

This is not their heaviest album, but the band would not be content with just replicating what they did back at he level of When Forever Comes Crashing. They still have reasonable expectations as to what their fan base is going to want, and deliver in a way that will make their fans happy, yet this is also a progression from their previous work, created in a way that makes sense and doesn’t apologize for who the band are at their core.