This is the second part of this week’s SHADES OF BLACK collection. You can find Part 1 here.

This post begins with one advance track and follows with three complete releases, which a shortage of time prevents me from discussing in full. I’ll give you a smattering of garbled thoughts about them, and then hope you’ll give them the time they deserve.

Last Thursday Stereogum premiered “Tomb Omnia“, the first excerpt from the new album by Austria’s Harakiri For the Sky, the name of which is Arson. To say that we’re excited about this album is like the martyr on the stake whispering “it’s a bit warm here” as the flames begin to lick his legs.

The Stereogum premiere included this comment by the band’s vocalist/lyricist J.J. about “Tomb Omnia”:

“This song is about one of the darkest and mournful chapters in my family’s history and the impact it had on its members, especially the one it had on myself. Sadly there are happenings and experiences far formative as its protagonist was aware of while acting. But these happenings and actions are so intangible disturbing and unsettling they wander on and keep up destroying lifes relentless in their future. Cause some things that can never be forgotten…”

Kerim Lechner (Krimh, SepticFlesh, ex-Decapitated) was the session drummer on Arson, and he makes his presence felt on this new track, regardless of whether he’s blasting away like automatic weaponry or not. But the music’s true charm lies in the addictive nature of the big bass thrum and the rippling lead guitars, which trace melodies both soaring and sorrowing, sinuous and searing. There’s fire and anguish in the vocals, too, befitting the lyrical theme. An emotional powerhouse of a song that I think will have real staying power.

Arson will be released by AOP Records on February 16th, 2018.

Harakiri For the Sky:
https://www.facebook.com/HarakiriForTheSky/ 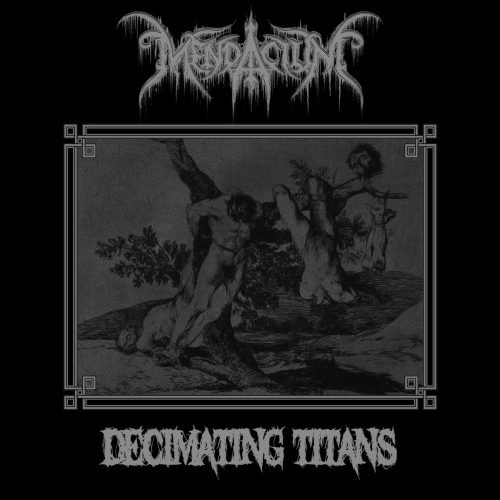 I suspect many of you are aware of the one-man Albuquerque-based black metal project Void Ritual, whose excellent music I included in an edition of this feature just a few months ago.  It turns out that Void Ritual’s creator, Daniel Jackson, has another solo project named Mendacium, which (in his words) he established “to express a more violent and dark side of black metal outside of Void Ritual“. The first Mendacium release, a compact three-song EP named Decimating Titans, appeared near the end of October.

I learned of Decimating Titans through a Facebook post by an acquaintance who characterized it as “classic ’90s style black/death like a mix between Necrophobic and Ofermod“. I found it thoroughly electrifying, from the stunning drumwork to Jackson’s success in creating sensations of chilling barbaric chaos.

There’s a heavy helping of madness in the music (and the vocals), but also a grand atmosphere of harrowing tyrannical majesty, bleak melodies that give the songs character, and some head-hammering rocking out, too. And the riffs are simply killer. I really, really hope that Dan Jackson won’t let this be the last Mendacium release. 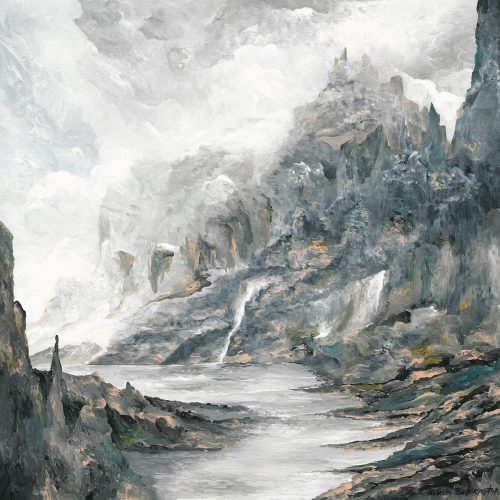 I learned of this next album through a recommendation by my friend Miloš. Entitled In Memoriam, it’s the second full-length (the first of which was also released this year) by a band from Sintra, Portugal, named Cavemaster. The wonderful cover art for the album was created by Marcio Menezes.

This is a substantial, richly textured, and dynamic album, and therefore one that I can’t hope to sum up succinctly. Beautiful and spellbinding one moment, it can turn explosively savage the next. Somber passages that would be right at home in the realms of DSBM stand side-by-side with grim gales of flesh-cutting ice and searing fire.

The songs include ethereal guitar arpeggios that ring like chimes, haunting ambient waves and tones, and keening, dismal chords. But there’s nothing soft in the cracked, strangled snarls and shrieks of the vocalist or in the intensity of the vicious, volcanic eruptions that regularly yank the listener out of the settling doom and despondency of the album’s more spell-casting and dirge-like segments.

The song-writing here is very good, as is the ordering of these compact songs on the track list. I found myself enthralled by the atmospheric (and occasionally folk-influenced) melodies, and continuously intrigued to see what would be coming next — which is never predictable.

I also want to give a round of applause to Marta Bika for her ghostly wails in the chilling fifth track; and to the band for launching the immediately following song with funereal organ chords — and then following those with a truly tension-ratcheting riff and utterly deranged vocal madness. It’s a great, thoroughly chilling two-song sequence sitting right in the middle of the album — surrounded by other dark and devastating wonders from the land of the dead. 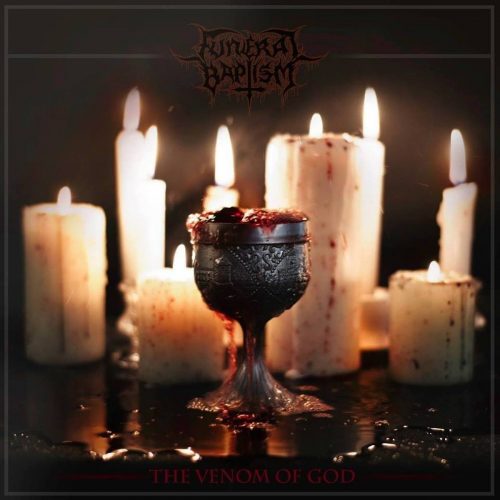 To close this two-part SHADES OF BLACK, I chose The Venom of God, which is the debut album by a band named Funeral Baptism, who are originally from Argentina and are now based in Bucharest, Romania. I reviewed their second EP, Gate, in April of this year. This new album was released on October 27th by the Romanian label Loud Rage Music.

Once again, I lack the time to give you more than a short preview of the album, but really hope you will give it your full attention, which it richly deserves.

Described as “a tribute to old school black metal spirit with an atmospheric twist”, the music very effectively delivers full-strength doses of romping and rampaging adrenaline, capturing the raw energy of the genre’s punk antecedents and the fiery chaotic fury of its sulfurous, demonic side, as well as manifestations of crushing and clobbering gloom.

But true to that description quoted above, the songs are also accented with memorable (and beautifully soulful) guitar melodies (some performed with acoustic guitar) that summon changing moods of feverish anxiety, intense grief, and even glimmers of hope and glory. And on top of that, they’re also full of tempo dynamics and changing vocals (all of which are damned intense). The closing instrumental track, by the way, is completely spellbinding, beautiful as well as bereaved.

If you’re looking for a sample before diving all the way in, my own favorite track is probably “The Gift”. But really, this is a very accomplished and consistently strong album, and you wouldn’t go wrong picking any track at random.

One Response to “SHADES OF BLACK (PART 2): HARAKIRI FOR THE SKY, MENDACIUM, CAVEMASTER, FUNERAL BAPTISM”