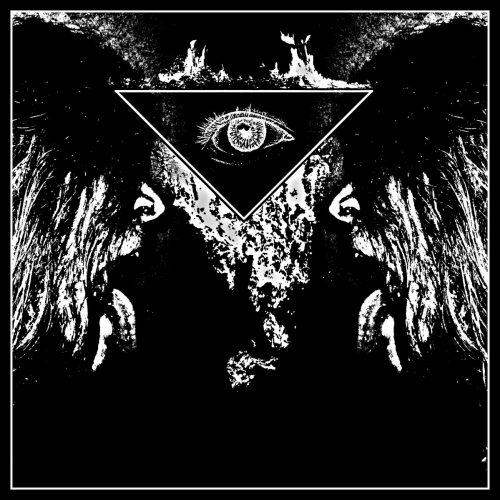 In this past Sunday’s edition of this series I mentioned that I had enough new recommendations to fill a two-part post, but wasn’t sure that I would have time to write the second part. Well, I did, and this is it.

Three of the recommendations are individual songs (one of which comes with a video). The other three are complete albums, accompanied by something less than full reviews, and one of those (the first one below) was a last-minute addition.

As mentioned, this first album wasn’t part of my original plan for this carry-over from Sunday’s SHADES OF BLACK. I became aware of it on Sunday night through a recommendation from starkweather, who never steers me wrong. After listening to the first track on Bandcamp, I bought it immediately. 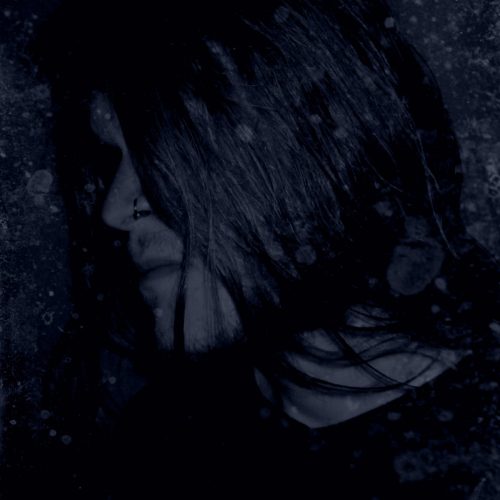 I suppose it goes without saying that, having only discovered the album two nights ago and having been caught in the usual weekday blog vortex since then, I’m not in a position to scribble a thorough review of it. But I nevertheless decided to strike while the iron is hot rather than wait and risk neglecting it in my usual rush to stay abreast of new releases (and on top of that, it won’t be long before I become consumed by our year-end LISTMANIA series).

The album is A Psyche Engaged To The Vortex (great title) and it’s the fourth full-length by a one-man project from Västra Götaland, Sweden, named Vrångbild. Despite the prolific output of Vrångbild, I haven’t encountered the music before, but as I said, this latest album hooked me quickly — though I don’t recommend listening to it in a dark room, or if you’ve recently been thinking of cutting yourself.

The hook was set by the long third track “Vortex-Messiah“, which is the first track set to stream on Bandcamp and one of four substantial songs that make up the album. It moves around — between dreamlike, shimmering passages with head-nodding snare rhythms, accented by demonic gasps and shrieks; slower, heaving, tension-ratcheting doomscapes pierced by growls, cries, and more of those tortured shrieks; and blasting, ripping flurries of grim blackened carnage marked by vocal cacophony.

The contrast among these movements is stark, and yet it makes for a gripping union. As starkweather remarked, there’s a lo-fi quality to the production, but that only seems to make the music even more sinister.

And it really is sinister music. The opener, “Giving in to the craving“, seems even more wicked, with lacings of creepy, hallucinogenic, and sometimes stoner-doom-like guitar leads amidst the slow, grim, main riff-feast. The smell of sulphur comes off that feast in waves when the drumming becomes more manic and the riffs more heated. In the middle, Vrångbild again indulges its propensity for dreamlike digression, though this one is an unsettling, drug-induced nightmare you fall into, one populated by wraiths and haunted by the wails of warlocks.

Another long one closes the album. And rather than try to chart its course as I’ve done with the others, I’ll just say that “Limping towards the edge” employs ingredients similar to those found in the other three, though in part it’s the most entrancing of all — yet it casts its spell without diminishing the haunted, hallucinatory, evil atmosphere that pervades the album. And it’s also the most head-hammering, blood-rushing song on the album.

What a fascinating and alarming conglomeration of genre ingredients this is! Disquieting inspirations must have brought it forth, but the results are strikingly good. 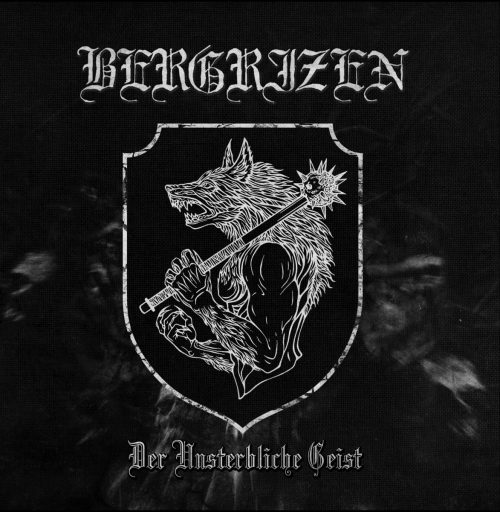 Here’s another prolific one-man project that I’ve discovered only recently through a new album (released on November 1 by Purity Through Fire) named Der unsterbliche Geist. The project is Bergrizen, and its creator is based in Kyiv, Ukraine.

Der unsterbliche Geist is Bergrizen’s fifth album since 2008, and the first one since 2014’s Scherbengericht, which has draw comparisons to Burzum (circa Hvis Lyset Tar Oss) and Emperor, and has been described as occupying a nebulous meeting ground between traditional early 90s’ black metal and the more atmospheric black metal of later years.

A sorrowful though beautiful melody voiced by piano and symphonic strings launches the album in a stand-alone instrumental composition called “Das Alte Herzeleid (Prolog)“. The piano and strings return later, and the depressive cast of that prologue persists in the tracks that follow, though the intensity of the feeling is magnified a hundred-fold by the heavy-weight power of the bass-and-drum rhythms, the flesh-rending agony of the shrieks, growls, and cries, and the penetrating potency of the downcast melodies, which are delivered through a combination of fiery guitar and panoramic keyboards.

The music is produced in a way that gives it clarity and force. The climaxes of intensity seem tragically heroic, and there is a feeling of grandeur in the music even at its most wrenching or introspective. 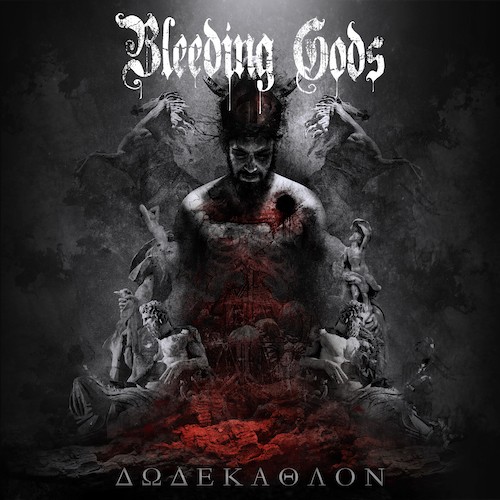 I nearly fell prey to a perverse kind of elitism and almost didn’t include this next song and video here. Whereas I tend to focus on obscure and often DIY underground artists in this column, this next band is on the Nuclear Blast label, and they have an expensive-looking video to showcase their new single. But I really did find myself enjoying this new song (as well as its grounding in Greek mythology), and so I suppressed my “elitist” tendencies.

The band is Bleeding Gods from the Netherlands, and their new record Dodekathlon (a concept album about the twelve labors of Hercules) will be released by Nuclear Blast on January 12, 2018. Their first single is “From Feast To Beast“. As explained by guitarist Ramon Ploeg (ex-Houwitser), “The track is about catching the Erymanthian Boar and bring it back alive to King Eurystheus. This was Hercules’ 4th labor of the series of 12 episodes concerning his penance for slaying his son, daughter and wife Megara”.

“From Feast To Beast” is a dramatic, even grandiose, song, one that in part reminds me of Behemoth, with bursts of militaristic drumwork, soaring keyboards, and tyrannical vocals in the mix — along with fluid guitar melodies that are drenched in grief, as well as plenty of industrial-strength hammering. The music does have a larger-than-life, mythic quality that suits its subject matter, and a level of violence and power that suits the story as well. 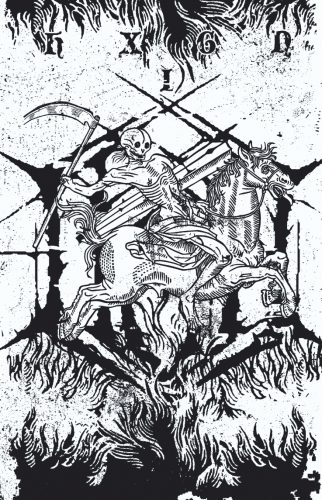 For those whose “elitist” tendencies can sometimes make them shy away from big-label releases, you won’t have that problem with this next song. It’s a single from a four-song debut demo called I by a Swedish duo (former members of Flagellant) named Hexagon. It will be released on tape on December 21 through the Russian label Living Temple Records.

The track is “Hoc Est Corpus Meum“. It’s arguably more death metal than black metal, but whatever you call it, I found it quite addictive — from the compulsive, piston-driven drum work, to the toxic, down-tuned, buzzing riffs at the beginning, to the hard-rocking metal riffs that follow (still toxic) — and the blood-thirsty vocals are pleasingly maniacal and bestial. The whole thing is primally appealing, and I’d like to hear more Hexagon. 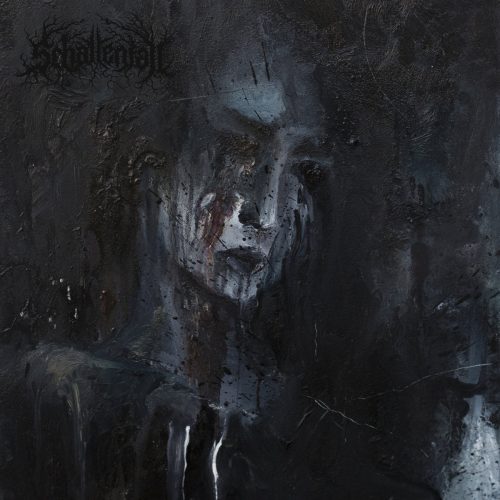 I paid attention to the debut album of the German band Schattenfall because their line-up includes two former members (Vladimir Bauer and Yurii Kononovwould) of the band White Ward, whose brilliant debut album Futility Report I had the pleasure of premiering earlier this year. The third member is vocalist/lyricist Ole Heidenblut. Their debut album, released at the end of October, is Schatten in Schwarz.

Much like the Vrångbild album above, I was quickly hooked by the first track streaming on Bandcamp, which here is the opening song, “Im Sommer ging ich fort“. It’s an atmospheric piece, and the atmosphere is one of pain and grief. A dense, gloomy haze of guitar sound envelops the track, while a slow, seductive guitar melody and deep roaring vocals add further textures to the experience.

The drum progressions become more animated (and thundering) on the following song “Angst meiner Fantasie“, and the song as a whole seems more intensely despairing — the guitar melodies here are searing, as are the excruciatingly tormented sounds of the vocals.

In the tracks that follow, Schattenfall introduce more variations on their depressive theme, with more prominent ambient keyboard layers here and there, and some staggeringly heavy, dirge-like passages mixed with bright flares of soaring, rippling melody that are beautifully tragic and haunting.

The title track, in particular, has a mythic quality, with quiet, wistful harmonized chords providing the prelude to an emotionally heart-bursting climax. And “Die Klagen von Grau” brings in deep, clean vocals as one of many accents in a deeply sad but intensely affecting closing track.

(Thanks to Milos for linking me to this album.) 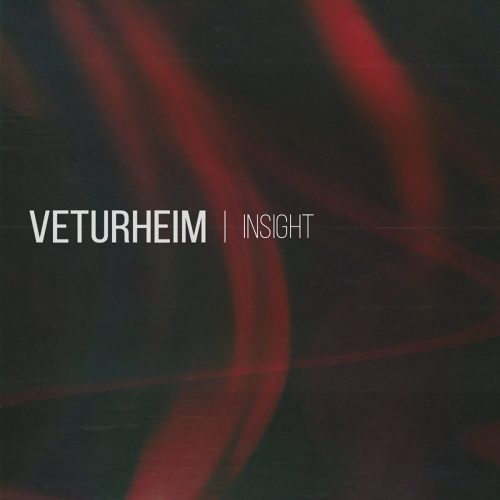 It’s time to wrap this up, and to do that I’m closing with a single named “Insight” by the Siberian Russian band Veturheim. It will appear on their next album.

I guess I fell into a mood for melancholy, and even depressive, music in this particular post, and “Insight” is also in that vein. But while the song includes elements of depressive black metal, it has elements of shoegaze and post-metal in the sound as well. The vocals are the product of medieval torture (or so they sound), but the warm bass tone and soft, ringing guitar harmonies have a beautiful gleam, and the extended guitar solo in the song’s surging final minutes brings a soulful yet otherworldly ambience to the fore. I found myself entranced.